Ice Harvesting -- Gainful Winter Employment for Many in the Past

Ice harvesting was a big business in my hometown of Lake Geneva, Wisconsin, as it was for any municipality that had access to frozen lakes and rivers. For the three or four months a year, while the lake was frozen, men were provided employment as they worked hours to get large blocks of ice harvested and stored for the coming summer months.

While researching for my historical novels, I actually came across old advertisements from Chicago restaurants that stated they chilled their drinks with crystal-clear ice from Lake Geneva.

Ice cutting and harvesting on a larger scale than my small hometown had been done for decades on the East coast, but as populations moved westward, so did the ice industry. Not only was ice needed for homes, but also commercially to chill the meat being transported from the Chicago meat packing companies to the East.

Ice cutting on a small or large scale was a labor-intensive process:

Here's a film from 1919 that actually shows the process from beginning to end. If you have time to watch the whole thing, it's fascinating to watch.

The blocks were stored with layers of hay and sawdust in between them. Amazingly, it would keep until summer. Ice was regularly delivered to homes much the same way milk was delivered. For home deliveries, if customers needed a delivery they’d put a sign in their window that said “ICE,” followed by the amount of pounds needed. The need for ice delivery slowly dwindled as people began acquiring electric refrigerators during the 1930s.


Today ice harvesting still goes on, but mostly for educational purposes to show those of us who have always taken our refrigerators for granted how most people kept their food cold as recent as 80 years ago.

Aren't you glad we don't need to cool with blocks of ice today? 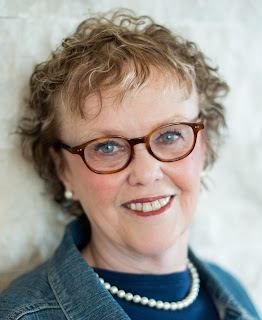 A native of Lake Geneva, Wisconsin, author Pamela S. Meyers lives in suburban Chicago with her two rescue cats. Her novels include Thyme for Love and her historical romance, Love Finds You in Lake Geneva, Wisconsin. Her novella. What Lies Ahead, is part of a novella collection, The Bucket List Dare, which is now available at Amazon in both print and Kindle formats. Second Chance Love from Bling!, an imprint of Lighthouse Publishing of the Carolinas, released in January 2017. When she isn’t at her laptop writing her latest novel, she can often be found nosing around Wisconsin and other Midwestern spots for new story ideas.
Posted by Pamela S. Meyers at 12:30 AM

Email ThisBlogThis!Share to TwitterShare to FacebookShare to Pinterest
Labels: Food Preservation in the Past., Ice harvesting, Winter Employment in the Past