Regency Smuggler Lovey Warne: The Lady in Red ~ And a Giveaway

Regency-era smuggling conjures images of darkness, moonless nights hiding the illicit acts of Free-Traders loading and unloading casks of brandy washed up on English shores by the tide, or hauling contraband like laces, silks, and tea through secret, underground tunnels.


While smuggling was best achieved at night, perhaps, it wasn't always carried on as a nocturnal activity. At least, not for the Warne family of Burley, Hampshire, England.*

Around the turn of the nineteenth century, Peter Warne and his unnamed wife had three children, Peter, John, and Lovey (Loveday). All three were baptized Christmas Day, 1796, at Ringwood Parish Church, when Lovey was probably six or seven years old, because in the 1851 census, her age was listed as 62.

The Warnes were innkeepers, but also made ends meet by smuggling. Many folks at the time did, and people of all classes engaged in the buying or selling of smuggled goods. Since the 1671 Customs Act placed duties on goods from alcohol to lace, fruit to tea, British subjects found many items too expensive to enjoy unless they were obtained illegally. Not only were the prices less on smuggled goods, but smuggling paid well: a man could earn 10 shillings for helping land smuggled goods onto the shore--a few hours' work that paid more than a farm hand's average weekly wage of 8 shillings.

The story goes that in the Regency-era years, Warne sons Peter and John would haul wagons of contraband along the chalk Smuggler's Road in broad daylight. Their sister Lovey helped them in a unique way. If a Revenue Agent happened to be making rounds on the days when they went about their illegal business (in 1803, the fellow's name was Abraham Pike), Lovey would don a red cloak and climb Vereley Hill to stand as a human signal, warning them to take another path.

Lovey didn't just participate by standing on a hill. She also smuggled goods directly off ships in Christchurch Harbor by wrapping silks around her body, under her cloak.

According to one story, she was almost caught once, when an unsuspecting revenue agent liked the looks of her and tried to embrace her. She let him know in no uncertain terms she was not interested and made her getaway.

The legend of Lovey has lived these past two centuries, and now there's even an ale named after her. But what happened to the real Lovey Warne?

Lovey never married, but lived with Peter, a maltster, until his death in 1870. She died in 1873, leaving six pounds in her will.

She was buried in the Church of St. John the Baptist in Burley, one of the first parishioners to be buried there. Apparently, she wished for her beloved pony to be buried with her, but officials did not grant her request and her pony was buried near a ring of fir trees outside the church yard.


* The story of Lovey Warne is related in books by O'Donald Mays, Burley historian Felicite Hardcastle in her 1950 publication, Records of Burley, and "Heritage in Dorset and the New Forest" by Roger Gutteridge.

***
Lovey Warne's red cloak inspired a very unfortunate fashion choice for the heroine of my new release, The Reluctant Guardian (LIH). I'll be giving away a copy to one person who comments and leaves a way to contact him/her in the comment before 11:59 pm PST February 7, 2017. Visit my website for an additional giveaway! 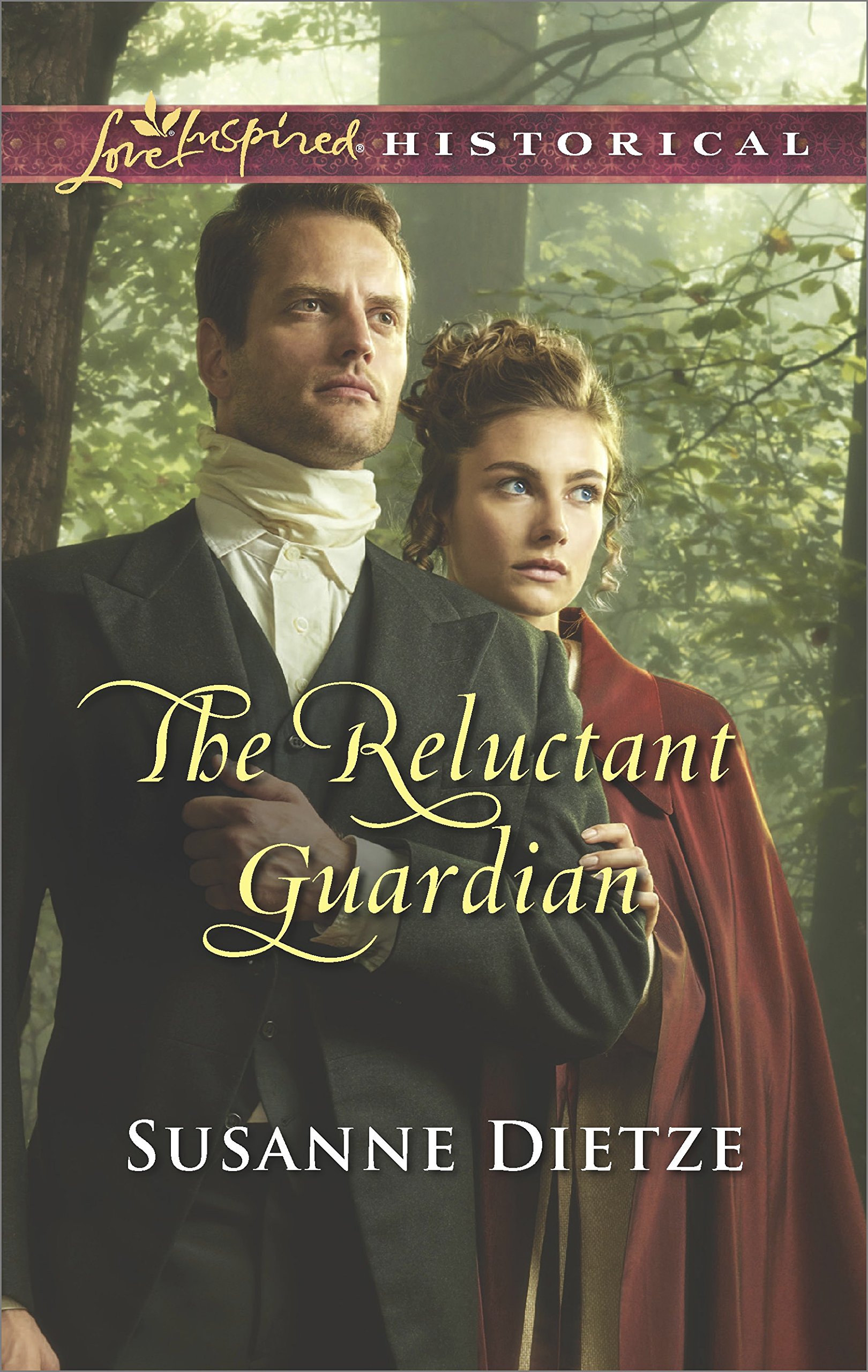 Under the Spy's Protection

When Gemma Lyfeld inadvertently interrupts a dangerous smuggling operation in her English village, she's rescued by a mysterious Scottish spy. Now with criminals after her and her hopes for an expected marriage proposal recently dashed, she will make her society debut in London. But not without the man tasked with protecting her…

Covert government agent Tavin Knox must keep Gemma safe from the criminals who think she can identify them—a mission he never wanted. But as he escorts her and her rascally nephews around London, the lovely English lass proves braver than he ever imagined. Suddenly, the spy who works alone has one Season to become the family man he never dreamed he'd be.

Susanne Dietze began writing love stories in high school, casting her friends in the starring roles. Today, she's the award-winning author of a dozen new and upcoming historical romances. A pastor's wife and mom of two, she loves fancy-schmancy tea parties, the beach, and curling up on the couch with a costume drama and a plate of nachos. You can visit her on her website, www.susannedietze.com, and sign up for her newsletter for an occasional cheery hello: http://eepurl.com/bieza5
Posted by Susanne Dietze at 12:30 AM