Hi, I’m Naomi Rawlings. I used to blog here once a month (before I had my third child and life got extra busy), and I’m super excited to be back again today, visiting all the lovely folks and Heroes, Heroines, and History.

Today, when we have a particularly blustery winter or bad snow storm, we all stay huddled in our houses and wait for the snowplows and salt trucks to arrive en masse, saving us from the horrors of a blizzard (one that probably isn’t really all that dangerous or horrible to begin with). But do you ever wonder how snow was removed before snowplows and salt truck? The simple answer is… it wasn’t.


Yes, I’m being serious. Snow wasn’t removed and carted out of towns in the late 1800s. Instead it was packed down with giant rollers like the one below. 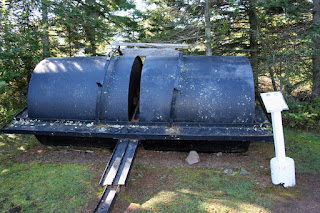 Town residents would shovel the snow from their driveway onto the road, and the roller would come by and pack things down. This means if you lived in a town like Eagle Harbor, Michigan, where my current book series is set, you would shovel over 20 feet of snow into the road each winter, and the roller would come by and pack it down. So imagine how much snow was packed into the road at the end of March every year, after four months of snow. If you pictured yourself walking up as slope and climbing onto the road, you’d be right. The snow on the road eventually got to the point where it was higher than most of the paths and driveways leading onto it. 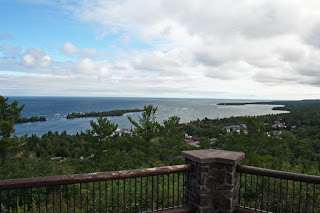 It’s probably also worth noting that in areas with a high yearly snowfall, driveways were not big and houses were close to the road, not down by the lake or on top of the hill or on some other pretty part of the property. If people wanted to get in and out of their house in the winter, then they’d build it as close to the road as possible.


Snow removal for trains was a little different, though. Unlike regular roads, the tracks had to be plowed. Fortunately, trains have really big engines with lots of power, and so snowplows were attached to the front of engines, and the trains would plow the snow as they traveled from one point to another. 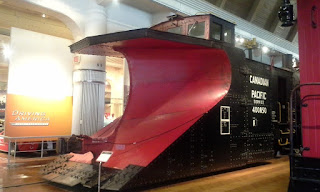 Above you’ll find a picture of a Canadian snowplow from the Henry Ford Museum in Detroit. Yes, the snowplow really is over two stories tall, and yes, plows really did need to be that big at time.


My Eagle Harbor Series is set in one such town. Located on the northernmost tip of Michigan's Keweenaw Peninsula, the real-life town sticks up into the wild, cold, and often-dangerous waters of Lake Superior. The area is prone to violent storms in the summer and gets over 20 feet of lake-effect snow in the winter.

If you’re interested in learning more about the series, (and reading about how people from the 1880s handled all that snow) you can grab the first novel, Love’s Unfading Light, for free today. 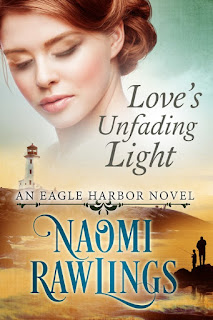 Tressa Danell is finished with men—from the wastrel who left her a widow, to the smelly trapper who keeps proposing, to the banker who wants to repossess her bakery. Every hour is spent working to pay off her late husband’s debt and keep a roof over her son’s head, though it’s doubtful she can do both for very long. But one thing’s certain—she’ll never be beholden to a man again.


Tired of living in a small town that blames him for actions his father committed ten years ago, Mac Oakton is scheduled to leave Eagle Harbor. So why does the pretty widow at the bakery keep tugging at his heart? He can’t get involved in her predicament when he’ll only be around for two more weeks.


But when Tressa’s burdens overwhelm her, they both face a decision. Can Mac set his own plans aside to help? And can Tressa accept his support if that means giving up her independence ... and being obligated to a man again? 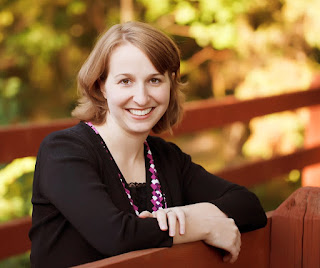 Naomi Rawlings is the author of seven historical Christian novels, including the Amazon bestselling Eagle Harbor Series. While she'd love to claim she spends her days huddled in front of her computer vigorously typing, in reality, she spends her time homeschooling, cleaning, picking up, and pretending like her house isn't in a constant state of chaos. She lives with her husband and three children in Michigan's rugged Upper Peninsula, along the southern shore of Lake Superior where they get 200 inches of snow every year, and where people still grow their own vegetables and cut down their own firewood--just like in the historical novels she writes.
Want to learn more about Naomi or the Eagle Harbor Series? Visit Naomi’s website at www.naomirawlings.com
Posted by Debbie Lynne Costello at 1:00 AM