From Colonial days, Maine was part of the colony, and later the state, of Massachusetts. But the two locations were separated by land, industries, and by political leanings.


When Maine became a separate state on March 15, 1820, the city of Portland became its capital without opposition. It remained the capital until 1832, when the seat of government was moved to Augusta.

The first State House was a modest two-story Federal style building at the corner of Congress and Myrtle Streets in Portland. It served as Maine's State House until 1832 and was eventually destroyed in Portland’s Great Fire of 1866.

Portland is the largest city in Maine, located on the state’s southern coast. In 1832, the city was a stage coaching center, and its commercial fleet was the largest on the eastern seaboard.


Portland has an excellent sheltered harbor, and it became a shipping center for timber and other products. Fishermen also thrived there. Fishing fleets caught tons of cod, mackerel, haddock and herring, much of which was exported.


In the early nineteenth century, the United States became the world’s second largest maritime nation. Maine businessmen owned one fifth of America’s merchant fleet. Maine experienced a boom in shipbuilding. Many clippers and coastal trading ships were built in the Maine shipyards.


Another sought-after product from Maine, and a renewable one, was ice. Every winter, Maine ships carried ice south. Often these ships would unload in the southeastern U.S. and pick up cotton to convey to British textile mills.


Timber continued to be the most lucrative product of Maine for many years. It was needed for construction all over the nation and in other countries. The wood for many buildings, vessels, and railroad ties came from Maine forests.


In the book Portland by the Sea, Augustus F. Moulton said, “The growth of Maine at this time was and continued to be rapid. The census of 1830 showed an increase of more than one hundred thousand. The Eastern part, with its timber lands and ship building was especially prominent in the general development. As there were no railroads and few public conveyances, it was thought best after a few years to select some place nearer the geographical center of the state of the legislative sessions and the keeping of public records” (for the capital).


Several cities and towns were considered for the honor of becoming the state capitol, including Brunswick, Hallowell, Waterville, Belfast, Wiscasset and Augusta.

In 1827, the Legislature selected Augusta as the new capital, and construction of a statehouse there was begun. The first session of the legislature was held there January 4, 1832, and Augusta became the permanent capital.


The city of Portland made repeated attempts over the years to have the capital moved back there, without success.

Portland, Moulton notes, “retained its priority as a port and as the principal business emporium of the state and kept upon its prosperous course with undiminished vigor.”

I'm excited to have a new Maine series launched, with three books now available. To enter the giveaway of the first book in the romantic suspense Maine Justice series, leave a comment with your contact information. If the selected winner has read book 1, The Priority Unit, he or she may choose the second book, Fort Point, or another of my books. 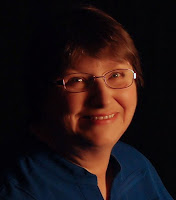