“Adventure is worthwhile in itself.”  Amelia Earhart

Amelia Earhart, the pioneer woman in aviation is known as much for her final flight as she is for her aviation career. She set out in 1937 to be the first person to fly around the world and was never heard from again.

During World War I, Amelia became a nurse for in a soldier’s convalescence home. There she learned from the pilots what it was like to fly a plane. After the war, her father paid for her flying lessons. She worked odd jobs to buy her first plane. She painted it yellow and called it “Canary”. 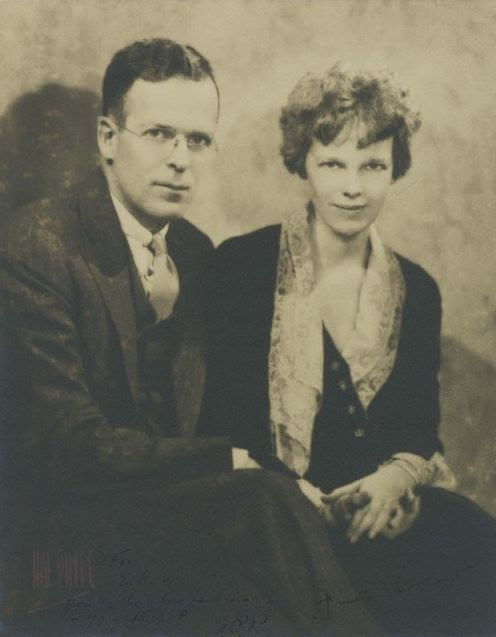 In 1928, GP Putnam, a famous author and biographer, approached her about becoming the first woman to fly across the Atlantic Ocean by GP Putnam. She married him two years later. In 1929, she started an international women’s flight organization called the Tuscon Ninety Nines formed in Long Island, New York. She was the first president of the organization that began with ninety-nine members.

Amelia wore her hair cropped and had a tomboy appearance. While most women of her day wore dresses and didn't cut their hair, she was usually always pictured in a leather flight jacket around an airplane or on a runway. She said it kept her warm during flights in her small aircraft.

On March 17, 1937, Earhart’s first attempt to circumnavigate the world did not get far. After traveling from California to Hawaii, her plane experienced mechanical problems and was grounded. The plane ended up severely damaged and had to be transported back to California for repairs.

Earhart made her final attempt two months later on July 2, 1937. She experienced technical difficulties on the Howland Island approach. There are several theories about what happened ranging from a damaged antenna to confusion on Earhart’s part. There is no way to know for certain. Whatever happened, Earhart and Noonan missed the island and began to run low on fuel. 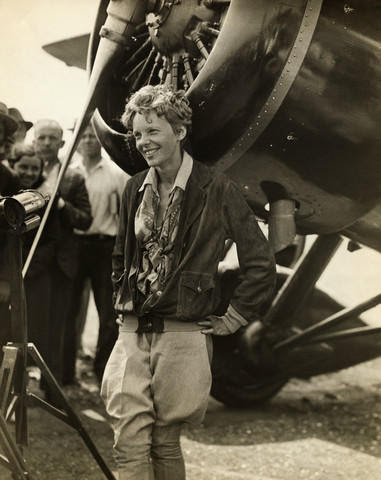 The plane crashed.
Amelia Earhart tried to inform rescuers of her location. Transmissions continued for a few days after they ditched, but rescuers couldn't figure out where she was. The U.S. Navy joined the search, but turned up nothing. There was evidence of a crash on Gardner Island, but since the island was uninhabited, it was discounted. Instead, the navy focused on the open ocean. After the official search ended, Earhart’s husband, George Putnam, continued the search on his own. Eventually, he gave up and had her declared dead in 1939.

Following her disappearance, several conspiracy theories emerged. Some claimed Earhart and Noonan were American spies captured and executed by the Japanese. Others believe the Japanese captured the aviators and murdered them, but they were not spies. One bizarre theory claims she returned to America and lived under an assumed name. Whatever happened, she is still a considered a role model for young women everywhere.

Tamera Lynn Kraft has always loved adventures and writes Christian historical fiction set in America because there are so many adventures in American history. She has received 2nd place in the NOCW contest, 3rd place TARA writer’s contest, and was a finalist in the Frasier Writing Contest. Her novel Alice’s Notions and novellas Resurrection of Hope and A Christmas Promise are available on Amazon and at Barnes and Noble.