From Indentured Servant to Gentleman Farmer and Beyond 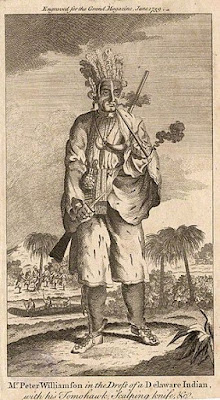 Everything comes under scrutiny when writing a historical. Every word, every job, the food the characters ate, how they prepared it. Who they married, when they could marry, and who inherited property.

So, go back with me a few years when I got the idea to write a story about an indentured servant who falls in love with his/her master. It’s not uncommon to read stories about female indentured servants being brought to the colonies in the 1700s as brides. As a matter of fact, I’m reading an awesome story right now by Michelle Griep, titled The Captive Heart, with a swoon-worthy hero and a brave heroine. And a little girl who is simply adorable! In Michelle’s story, Eleanor is an indentured servant fresh off the boat who marries her benefactor in order to take care of his little girl.

And while I love an indentured female story, for some twisted reason, I decided to have my hero be the indentured servant for The Promise of Breeze Hill. Oddly enough, it worked. But of course as I delved into the story, I wanted to know how common it was for indentured servants to marry “above their station”.

From my research, indentured servants signed a contract to provide labor for their master for a period of years, usually seven. Their master either paid for their passage to the colonies, or paid the family if the servant was a young age. Most contracts required that servants couldn’t marry during their seven years, but it wasn’t completely unheard of, and by mutual agreement, the master and the servant could void their contract. So, that’s a bit about the law and procedure, but let’s put a face to someone who actually married above their station.

Peter Williamson was born in 1730 Aberdeenshire, Scotland. At an early age, he was sent to live with a maiden aunt in Aberdeen. Around age eight, he was kidnapped and shipped off to the colonies as an indentured servant. It’s important to note that it’s believed that bailiffs colluded with traffickers snatch children off the streets.

When he arrived in Philadelphia, Peter became the servant of Hugh Wilson, another Scotsman, who had also been kidnapped as a boy and later earned his freedom. In Peter’s autobiography, he said Wilson treated him kindly, and it’s highly probable that Wilson sympathized with Peter’s circumstances. When Wilson died shortly before the end of Peter’s seven year indenture, he left his best horse, saddle, and all his clothes to Peter. And, presumably, his freedom.

And, then the happiest of circumstances occurred. At the age of 24, married to the daughter of a wealthy Pennsylvania plantation owner, with a dowry of 200 acres of land, Peter became a gentleman farmer.

If I were writing Peter’s story, he and his wife would have lived happily every after, and that would be the end of my post citing not one, but two, indentured servants who went on to become wealthy — 200 acres of prime farmland in PA is nothing to sneeze at even now— and, in Peter’s case with a wife that came from a wealthy family.

But, in the words of Paul Harvey, here’s the rest of the story.

Unfortunately, in 1754, Peter’s farm was attacked by Indians and he was taken prisoner. After several months as a captive, he escaped and made his way back home to find that his wife had died in his absence. Grief stricken and seeking revenge perhaps, he enlisted in the army to fight in the French and Indian War.

Again, he was captured by the French and sent to England in a prisoner exchange, arriving in November of 1756. For those keeping score, Peter has been kidnapped, sold as an indentured servant, married, taken captive by Indians, widowed, and taken prisoner by the French. All by the age of 26.

Once again in the British Isles, he is discharged from the army (due to a hand injury) and heads back to Aberdeen on foot.

And this is where things get interesting. 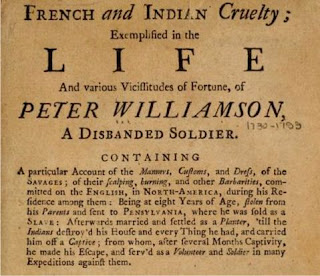 In Aberdeen, some influential men find his exploits so fascinating that they encourage him to write about all that has happened to him. In fact, they back him in this endeavor. They sell a thousand copies of the book, and Peter continues his journey to Scotland with ease.

About this time, Peter begins dressing as “Indian Pete”, demonstrating war-cries and war dances, all in order to sell more copies of his book. In Aberdeen, the authorities become involved, accusing him of libel because of his accusations about the bailiffs being involved with his original kidnapping. He was found guilty (no surprise), fined, his books burned, and he was then banished from Aberdeen.

A few years later, his fortunes turned again, and he sued the magistrates who’d originally sued him for slander. He eventually won that case. Then his entrepreneurial spirit enabled him to open a printing shop, create a street directory, be instrumental in the creation of a postal service, a short-lived weekly newspaper, and finally to open a very successful coffee house in Edinburgh where he remained for the rest of his life.

And, yes, he did remarry, but unfortunately the marriage ended in divorce ten years later.

Now, for the grand finale.

What part, if any, of Peter Williamson’s life is fact, and what is fiction? As recently as 1964, an article in the quarterly journal Pennsylvania History: A Journal of Mid-Atlantic Studies, J. Bennett Nolan qualified Williamson as "one of the greatest liars who ever lived." Other scholars have also questioned large parts of his narrative over the years.

Truth? Or fiction? Who knows.

Regardless, it’s a rollicking good tale and would make an fascinating and fast-paced action adventure, don’t you think?

The Promise of Breeze Hill, available for pre-order from your favorite retailer.
Amazon, B&N, CBD

The Promise of Breeze Hill

Want to learn more about Pam? Visit www.pamhillman.com
Posted by Pam Hillman at 12:00 AM