While in the process of researching a new book, I came across an amazing young lady by the name of Jenny Lind. Lind was a Swedish opera singer, considered one of the greatest of her time, if not all time. In 1850, she arrived in New York City for the start of a year and a half long tour, which netted over $500,000 (about $14.2 million in today's money). She was so famous world-wide that upon her arrival over 30,000 people were waiting for her in New York harbor. This was before technology allowed voice-recordings, so many of the people who knew of her had never heard her perform.

From beginning to end, Lind's life was intriguing. She was the illegitimate daughter of a bookkeeper and a schoolteacher. Her mother had divorced her first husband, but for religious reasons, she refused to remarry until after his death, which meant Lind's parents didn't marry until she was fourteen. 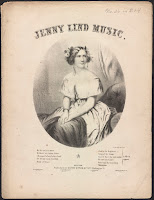 When Lind was nine, someone overheard her beautiful singing and arranged for her to audition at the acting school of the Royal Dramatic Theatre. She started performing on stage a year later, but it wasn't until she was eighteen that she had her first great role at the Royal Swedish Opera. At the age of twenty, she became a court singer to the King of Norway and Sweden. By the age of twenty-one, her voice was so damaged from overuse and untrained technique, her career was almost ruined. She was able to recover with the help of a teacher who had her stop singing for three months and then retrained her voice.

In 1843, she toured Denmark and met Hans Christian Andersen, who fell in love with her. They became good friends, but she did not reciprocate the feelings (a tragic cycle that Hans Christian Andersen experienced throughout his life). It's believed that she was the inspiration for three of Andersen's fairytales, including The Nightingale, which led to her nickname. Andersen wrote this about Lind: "No book or personality whatever has exerted a more ennobling influence on me, as a poet, than Jenny Lind. For me she opened the sanctuary of art." At this time, she became well-known for her charity work, often giving her proceeds to worthy causes. This made her internationally popular, even with those who were not musically inclined. 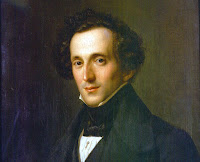 In her mid to late twenties, Lind had great success in Germany and England, attracting more admirers, including Felix Mendelsshon, who fell deeply in love with her. There are no records to prove if she did or did not have an affair with him, but many historians believe she did not. They were, however, great friends and worked closely together. His premature death was very hard on her, and within two years, she made the decision to retire from the opera. On May 10, 1849, at the age of twenty-nine, she gave her last performance as a professional opera singer. However, she did travel to America in September 1850, at the request of P.T. Barnum, to conduct a concert tour to raise funds for her favorite charities. Barnum's advanced publicity made her a star before she even reached US shores. 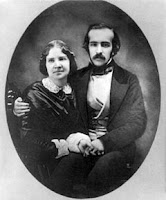 On February 5, 1852, at the age of thirty-two, she married an old acquaintance, Otto Goldschmidt, a composer, pianist, and conductor who she had invited to tour with her in America. In May, 1852, they returned to Europe and had three children. She refused all invitations to perform opera after her return to Europe (where she lived with her husband in England). In 1882, she was appointed professor of singing at the newly founded Royal College of Music, and she gave her last public performance in 1883, when she retired from singing all together at the age of fifty-three.

In 1887, at the age of sixty-seven, Lind died in Herefordshire in England.

Reading about the life of Jenny Lind has inspired my next story, yet to be titled. I didn't start out to write about a retired opera singer, but once the idea too root, it started to grow all on its own. I can't wait to share this story sometime next year.

Your Turn: Have you ever heard of Jenny Lind? Do you enjoy the opera? What music do you listen to? 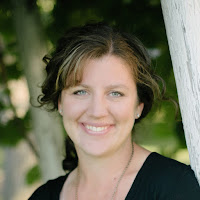