Mapping the Past by Carolyn Miller

I’ve always been fascinated by maps. Maybe it’s because I’m Australian, and our wide brown island nation has always felt far from the rest of the world; maybe it’s because I love how maps represent changes in our understanding of the world over time. I enjoy maps so much I even have them on my tea towels, like this one from Harrods, London: 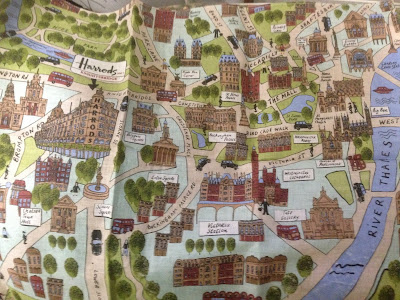 A few years ago, I was fortunate enough to visit the ‘Mapping Our World’ exhibition at the National Library of Australia. This exhibition held a number of maps dating back to a Babylonian map of the world from around 600 BC, through to those drawn by Captain James Cook, with various maps, engravings and images of celestial globes from the British Library, the Vatican and more, showing the progression from a very Euro-centric version of the world to one which incorporated the islands of the Pacific Ocean. 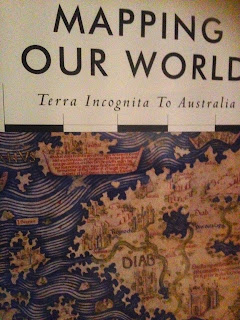 Australia was for many years considered a place of the unknown, with no complete maps of the country completed until the early 1800s, when Australia was circumnavigated by Matthew Flinders (and his cat Trim). This feat not only resulted in the first complete map of the country, but was also the first official recorded use of the name Australia to identify the country previously known by such names as New Holland, Terra Australis Incognita, even Notasia!
I write inspirational Regency, novels set in England between the years 1811-1820, when the Prince Regent was in charge in place of his father, King George III (who was considered to be mad!). My recently released novel, The Elusive Miss Ellison, was set mostly in a fictional village in Gloucestershire, with some references to places in London, so ‘mapping my story’ wasn’t hugely important. But for my upcoming release, The Captivating Lady Charlotte (releasing June 27), set in 1814 London, I wanted to refer to some genuine events that occurred that year, such as the Parade of Allied Sovereigns. This meant I needed to know how Lady Charlotte and her family would reach the parade route from their home in Grosvenor Square. This necessitated my examining old maps of London at that time, one of which I loved so much I ended up spending hours piecing together on my lounge room floor. Here is a close up: 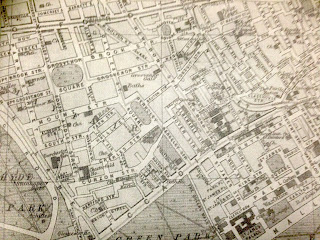 My giant map (of which the above is a sample) was designed in 1814 which makes it perfect for my time period. I love the features on it, places which don’t exist anymore, such as Vauxhall Gardens (also mentioned in Lady Charlotte’s story), and the outline of the City Walls, when London was known by the Romans as Londinium (some of the walls still exist).
In a world when we can have Google maps tell us where to go (J), I love to compare old maps with contemporary ones, and dream about the romance of times past, when things like country boundaries were less known, and explorers took their lives in their hands as they sought knowledge and understanding in their quest to better comprehend this wonderful world. 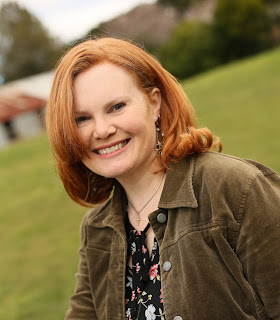 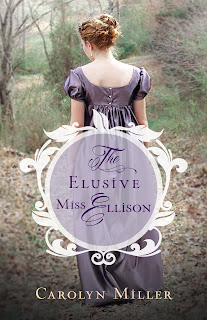 Carolyn Miller lives in the beautiful Southern Highlands of New South Wales, Australia, with her husband and four children. A longtime lover of romance, especially that of the Regency era, Carolyn holds a BA in English Literature, and loves drawing readers into fictional worlds that show the truth of God’s grace in our lives. She is represented by Tamela Hancock Murray of the Steve Laube Agency. Her Regency novel 'The Elusive Miss Ellison' released in the US in February 2017, and is available at Amazon.com, CBD, Barnes & Noble and Book Depository, and her second novel ‘The Captivating Lady Charlotte’ releases June 27 and  is available for preorder now.