Tricks of the Trade: Unscrupulous Horse Traders of the Old West

We all know to be on our guard when buying a used car. But a clever Old West horse dealer could make even the slickest car dealer look like Honest Abe.
Those early cowboys in the market for a horse didn’t have to worry about odometer fraud or hidden accident damage, but there were plenty of other ways they could be duped. 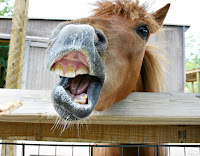 Many an old mare was made to appear young again by a method called bishoping. The horse traders of yesteryear often filed the teeth of elderly horses and stained them with silver nitrate. This little trick could shave years off a horse’s age. A story in a 1910 newspaper reported that one man paid dearly for a seventeen-year-old horse thinking it was but seven.
Horses with sore muscles were temporarily cured by the gasoline trick. Gasoline was rubbed into a horse’s back and withers.  Supposedly, this allowed horses to move pain-free long enough to allow an unscrupulous horse trainer to pocket his money and leave town.
Another trick involved removing a shoe to disguise a lame horse.  The horse trader would convince a prospective buyer that once the shoe was replaced, the horse would be fine.
It wasn’t just old age and limps that could be concealed. Sponges shoved up a horse’s nostrils would hide the sound of labored breathing or a runny nose.  Irritants hidden in other parts of the body made a sickly horse hold its tail high and appear active.  This was called gingering. 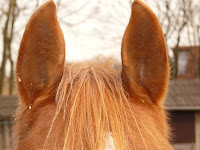 Droopy ears could be easily fixed by running a thread under the forelock.
A Pennsylvania newspaper dated 1897 reported that when a prospective buyer voiced concern over a horse’s slow speed, the horse trader took him for a ride. Unbeknownst to the buyer, the horse trader had arranged to be arrested for “speeding” and willingly paid the five dollar fine.  The duped buyer was so impressed, he immediately bought the horse.
White horses were often made to look more attractive by the addition of black spots. This was accomplished by a combination of powdered lime and litharge. 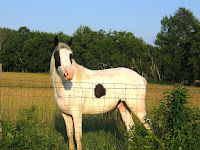 A handsome star was often added to a horse’s forehead by spreading warm pitch to a spot shaved in the shape of a star.  The pitch was left on for three days and then washed away with elixir of vitriol.  The hair grew back white.

One horse trader received a complaint that the horse he sold the day before must be blind as it kept walking into things. “Well, he ain’t blind,” the trader explained.  “He just don’t care.”
The Old West had its own version of the little old lady from Pasadena.  According to modern lore, the widow had been left a powerful car that she drove only to church. The “widow” of the Old West had a similar story to tell.
Times may have changed, but the swindling trade lives on.

Anyone ever come across an unscrupulous dealer or pushy salesman? 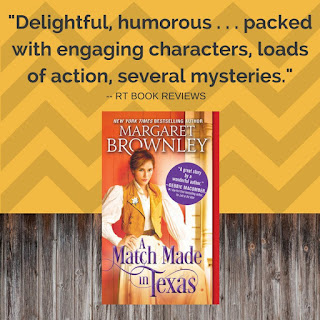 Amazon
B & N
iTunes
Posted by Margaret Brownley at 1:00 AM