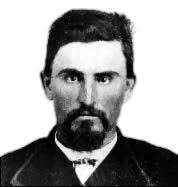 his partnership with John Adair north to Dodge City, Kansas because it was the nearest railhead.

They blazed the trail for the Palo Duro-Kansas trail that quickly became the path for a number of Panhandle ranchers in the coming years. Goodnight, using his knowledge of Indians and their needs, made a treaty with Quanah Parker. The destitute Indians were hunting for the now scarce buffalo and met up with Goodnight.
Goodnight promised two beeves every other day as long as Parker and his followers didn’t disturb the JA herd. This led to more successful trail drives to Kansas for the JA herd. 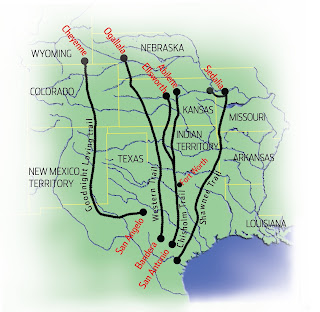 Goodnight decided he wanted to be closer to the railroad. He moved the ranch headquarters to Turkey Creek which was further east. There he built a new ranch home for himself and later one for the Adair family.

Then came the bands of cattle rustlers and in 1880, the ranchers were losing cattle and money. Goodnight warned the Texas Rangers by telling them if they couldn’t handle the problem that he would. From that grew the Panhandle Stockman’s Association in Mobeetie, Texas. These ranchers began taking care of the problem themselves and applied vigilante justice to the rustlers. 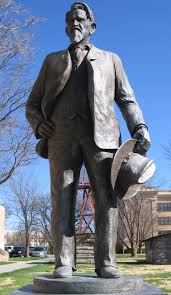 Goodnight foresaw the end of the open range and ended his association with John Adair and JA ranch. In 1889, he bought his own ranch and a small village that would later become Goodnight, Texas. Goodnight is reputed to be the first rancher in the Panhandle to use barbed wire to fence off his land.

Not satisfied with being just a rancher, Goodnight also became involved in other endeavors. He established the Goodnight College in Armstrong County, Texas. He also worked as a newspaperman and a banker. He invested in a number of different businesses and endeavors, one of which finally brought him to financial ruin with an investment in Mexican silver mine.

In 1919 he sold the ranch to one W.J. McAlister, a friend and oilman. His only stipulation with McAlister was that Goodnight and his wife could live in the home until their deaths. She died in 1926 and he decided to move out and settle in Clarendon, Texas. He died there in December of 1929.

The JA ranch continues to operate today as active ranch and is located within Palo Duro Canyon in Amarillo, Texas. The original buildings, built in 1879 are still standing. The ranch has since been modernized and expanded, but the stone Adair house still dominates the cluster of buildings n the property.

Goodnight’s original cabin is located in Palo Duro and was rebuilt by the Panhandle-Plains Historical society. 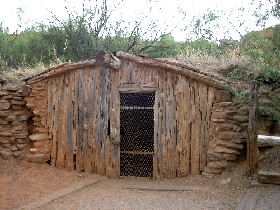 
The frame house where Goodnight lived from 1889 to 1926 is also still standing in Goodnight, Texas. Until 2005, it served as a private residence. At that time it was purchased by Mr. and Mrs. Brent Caviness and Mrs. Marsh Pitman. They donated the home and 30 acres of land for the Charles Goodnight Historical Center. This house, belonging to Charles and Mary, is one of the most important historic sites in Texas.  Below is how it looked in 1890. 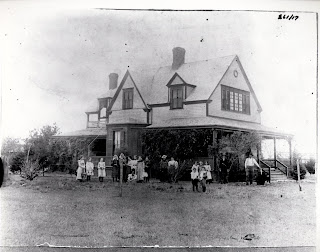 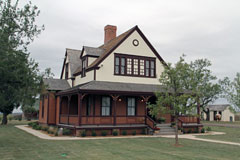 That house operates today as a museum and learning center. Charles Goodnight was a trailblazer for the cattle ranchers in the latter part of the 19th century and his legacy lives on through the museum center. If you’re ever in the Panhandle area of Texas, don’t miss visiting Palo Duro Canyon and the historical center in Goodnight, Texas. 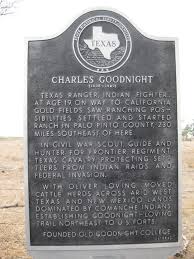 The man and his legend live on.


Find Martha at:  www.marthawrogers.com
Posted by Martha W. Rogers at 1:30 AM