When To Call a Spade a Shovel

One of the challenges of writing historical fiction is getting the words right.  How did they say goodbye in the 1700s?  How did people greet each other after the Civil War?  And when did the guard on a train engine change from horse catcher to cow catcher?
These are just a couple of the treasures that can be found in my favorite research books I Hear America Talking and Listening to America Talk by Stuart Berg Flexner.  The books not only give a fascinating peek into the past, but keep me from using a word before its time.
Word meanings have changed through the years, sometimes dramatically. The word cowboy is a good example. Today, it might conjure up an image of a romantic hero, but it was originally a disparaging term for colonial settlers who let their cows roam rather than plow the land.  Wait.  It gets worse.  During the Revolutionary War cowboy was a term for loyalist guerrillas who used cowbells to ambush patriotic farmers.
I write romance, so I'm especially interested in courting terms.  Oddly enough—terms changed every decade starting with the 17th century when couples would bill and coo.  I find this interesting since this was before TV or other media was around to influence language.

Skipping forward to the 1860s, the word lollygag meant to kiss and caress. (Ten years later the word meant to waste time.) During the 1870s couples were said to be lovey dovey, but by the end of the decade couples walked out together.   By 1890 couples preferred sitting in the parlor and making goo-goo eyes to walking.
I recently had a heroine fall on her patootie.  Since that word has only been around since the 1920s and originally meant girl, I knew I couldn't use it.  Oddly enough the backside seems to be the body part with the most synonyms.
Much to my surprise I discovered that the word fanny has been around since the 1860s, though no one knows who Fanny was and why her name was used in such an odd way. Back porch was used in the 1880s and the modern sounding butt appeared in writing as early as 1859.

With all this talk about rear ends, it's surprising that Victorians considered the word legs crude. If anyone admitted to owning such things, they were called limbs or stems, never legs. As for bosoms, they hardly seemed to exist much before World War II, at least in print.


I'm careful not to use objectionable language, but there are times that "oh, darn" just doesn't cut it.  My characters tend to be a passionate lot.  Fortunately for me, so were the Victorians as their many euphemisms for God attests. George, ginger, Godfrey, golly, gosh, gracious and gravy are just a few of the ways annoyance or anger could be expressed in polite society.
There was also gee whillikens and gee wiz and of course doggone.   Surprisingly the term blankety blank has been around since the 1880s.
As for when to call a spade a shovel, we can all relax.  Both words have been around since 900 A.D. 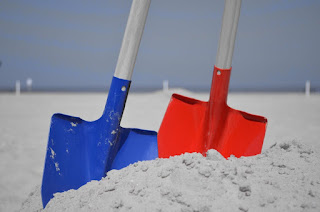 Thinking back to my childhood, I realize that a lot of terms I grew up with no longer exist.  A couch in our house was called a davenport.  For some reason everybody seemed to be concerned about spontaneous combustion and the indiscriminate storing of rags was frowned upon.  My husband never stopped calling the 'fridge an icebox.

What about you?  Any words or phrases in your past that are no longer relevant?