Washington Under Siege: The Conway Cabal

George Washington’s reputation is so great in this country that it’s hard for us today to imagine that he had detractors who actively worked to remove him from command of the army during the Revolution. But in the winter of 1777–1778, a number of senior army officers, congressmen, and other influential men did just that. Among them were Dr. Benjamin Rush, a respected army physician today known as the father of American medicine; Samuel Adams; James Lovell; Richard Henry Lee; General Thomas Mifflin; Major General Horatio Gates—and Brigadier General Thomas Conway, for whom the cabal came to be named.

The campaign of 1777 ended in a series of military setbacks for Washington that included defeats at Brandywine and Germantown and the British Army’s subsequent capture of Philadelphia, which forced Congress to hastily relocate to York, Pennsylvania, for the duration. Never a good political move. And what made it worse is that the Northern Army, commanded by Gates, Washington’s chief rival who had many allies in Congress, won a stunning victory at Saratoga, NY, capturing British General John Burgoyne’s entire army. Many historians credit the victory to Benedict Arnold’s leadership on the battlefield rather than “Granny” Gates’ efforts, but the 1777 campaign was the catalyst that caused an increasing number of officers in the army and members of Congress to question Washington’s abilities as commander in chief.

Conway was an Irishman who was educated in France, served in that country’s army, and eventually enlisted in the Continental Army with the rank of brigadier. He and Washington weren’t bosom chums, and his condescending attitude put other officers off, too, but he did serve with some distinction during the Philadelphia campaign. That October he began lobbying Congress for a promotion to major general, and he added criticisms of Washington to his letters. He also corresponded with Gates, and in a private letter wrote, “Heaven has been determind to save your Country; or a weak General and bad Councellors would have ruined it.”

Fatally, Gates’ aide, General James Wilkinson, happened to visit General William Alexander, Lord Stirling’s headquarters. Evidently while drunk, he quoted Conway’s comment to one of Stirling’s officers, who in due course relayed the matter to his commander. Stirling in turn felt obligated to alert Washington that his subordinates were scheming against him behind his back and sent his own letter quoting this comment. Washington, of course, wasn’t blind to Gates’ political connections and popularity, enhanced by the success at Saratoga. He was also very well aware of the broadsides, letters, and talk questioning his abilities and congressional maneuvers already under way to remove him as commander. So Conway’s remark fueled the fire. Washington immediately fired off a terse letter to Conway in which he quoted his comment back to him. One can imagine him writing the missive with gritted teeth.

Conway’s response was to protest that he had never called Washington a weak general—a patent falsehood—and to go on to say tactlessly that, although Washington’s advice in council was “commonly sound and proper,” he was influenced by men who weren’t his equal in knowledge or judgment, nicely disparaging Washington and his staff in the same breath.

Learning from Conway what had happened, Mifflin, a man Washington also distrusted, informed Gates of the leak. So Gates hastily wrote to Washington that he had sent the letters to the president of Congress, Henry Laurens, not to him, and that they had been stolen and copied by people he didn’t know. Not only didn’t this improve the relationship between him and Washington, it also confirmed that Gates and Conway had been exchanging disparaging correspondence with others behind Washington’s back!

The war of letters wasn’t going well in Congress either. Washington’s opponents succeeded in appointing Mifflin and Gates to the board of war, with Gates as its president. Over Washington’s opposition, Conway was promoted to major general and assigned to the new post of army inspector general, which rankled the commander in chief to no end. To add insult to injury, Conway was to work alongside Washington but to answer only to the board.

Some historians suggest that Washington was oversensitive to criticism. Although the participants in the controversy engaged in a war of letters, making accusations and protesting innocence, no one ever formally requested Washington’s removal as commander. But he felt threatened enough about what was going on behind his back to inform congressional leaders that if his performance continued to be questioned, he would resign. Many officers including Washington’s aide, Alexander Hamilton, actively supported him throughout the affair, mobilizing to assist him politically and threatening to defend his reputation with their swords if necessary.

In January 1778, Conway and Gates appeared before Congress in an effort to clear their names, but they refused to reveal the letter that started the controversy. And I wonder why! General Lafayette, as though he was speaking for the French court, implied that France could not conceive of a commander other than Washington. At that point Congress saw the handwriting on the wall, and in the end, fully supported Washington. The cabal collapsed, with the consequence that Mifflin and Wilkinson both resigned from the board of war; Gates apologized for his part in the affair and slunk back to his own command; and Conway, who was transferred to a subordinate command, resigned from the army in protest. The Conway Cabal was the only serious threat to Washington’s command during the war, and the rest, as they say, is history.

Considering today’s political machinations, the writer of Ecclesiastes seems to have it right: There’s nothing new under the sun. Does any of this seem familiar to you in today’s political scene? Certainly no one enjoys being criticized, but do you think legitimate criticism of our leaders can be beneficial to the health and welfare of our republic, depending on how it’s handled? How might the suppression of all criticism be harmful? Please share your thoughts! 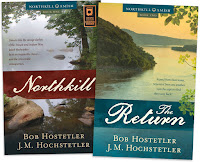 J. M. Hochstetler is the daughter of Mennonite farmers and a lifelong student of history. She is also an author, editor, and publisher. Her American Patriot Series is the only comprehensive historical fiction series on the American Revolution. Northkill, Book 1 of the Northkill Amish Series coauthored with Bob Hostetler, won Foreword Magazine’s 2014 Indie Book of the Year Bronze Award for historical fiction. Book 2, The Return, received the 2017 Interviews and Reviews Silver Award for Historical Fiction. One Holy Night, a contemporary retelling of the Christmas story, was the Christian Small Publishers 2009 Book of the Year.