Whatever Happened to Sardines? 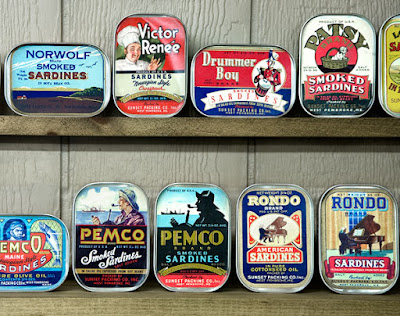 In January 2018, a strong winter blizzard brought high tides and strong winds to downeast Maine, causing the brining shed of the last herring smokehouse in Lubec, Maine, to blow off its pilings and float away. The 100-year-old building had been one of five buildings on the national historic register at McCurdy’s, the last traditional smoked-herring facility in the United States, when it closed in 1991.

For almost a century, the town of Lubec was known as the “sardine capital of the world,” noted for its prominence of raw, pickled and smoked herring production. The last sardine cannery in Maine, Stinson Foods in Prospect Harbor, where sardine cans were still packed by hand, closed in April 2010. 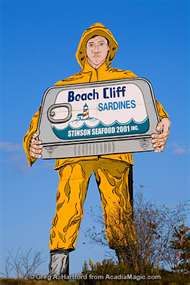 Sardine canning was once as much a part of Maine’s coastal heritage as lobster boats. In 1950, there were 46 sardine plants in Maine. The industry boomed during World War II when it supplied American troops with the easily carried food item. But the sardine industry began its decline in the mid 1950’s as consumers switched their preference to canned tuna.

The sardine industry on the West Coast, made famous by John Steinbeck's 1945 novel, Cannery Row, hit its peak in California in 1936-37. 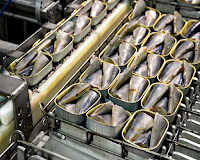 Today, sardines caught in the Pacific are frozen and shipped to tuna farms around the world to provide food for tuna. However, sardines are still popular for human consumption outside the United States, and canneries can be found in Scotland, Norway, Poland and other Baltic countries, Mexico, South America and Southeast Asia.

Did you ever eat sardines? My father used to love them with onions and  mustard on crackers, but I never developed a taste for them.

Marilyn Turk writes historical fiction set on the coast. The Gilded Curse, a World War II novel, published in 2016, won a Silver Scroll award and its sequel, Shadow of the Curse, will be out in July 2018. Rebel Light was the first book of her Coastal Lights Legacy novels which feature stories with lighthouse settings. The second book in the series, Revealing Light will come out in 2018. In addition, Marilyn’s novella, The Wrong Survivor, will be in a collection called Great Lakes Lighthouse Brides coming out in November 2018. She has also written a book of devotions called Lighthouse Devotions. She is also a regular contributor to the Daily Guideposts devotional book. Find her at http://pathwayheart.com where she blogs about lighthouses and writing.