Ceylon Court: From a World's Fair Exhibit to a Local Museum; The Story Continues

It’s been a while since I’ve featured one of the 19th Century estates on Geneva Lake in Wisconsin. I recently did a presentation at the Lake Geneva Public Library that featured many of the homes and properties I’ve talked about on this blog. But one I did not feature and is well worth mentioning is what was once called Ceylon Court.

When the World’s Fair of 1893—also named The Columbian Exposition—closed in October 1893, many of the exhibits went on sale. Countries preferred to sell rather than spend the costs to get them returned to their origins.

Frank R. Chandler, a real estate mogul, purchased the World’s Fair display from the island of Ceylon, which was a reproduction of a temple that was found in the ancient cities of Ceylon. The display was dismantled board by board and transported to Lake Geneva, WI and the Chandlers' new property on Geneva Lake. The octagonal shaped building was made from many different kinds of wood, all native to Ceylon. Not a single nail was used in its construction. One doesn’t need to be of Buddhist persuasion to appreciate the craftsmanship and design of the unique structure. After transporting the dismantled building on 26 boxcars by rail to Geneva Lake, the Chandlers then commissioned architect Henry Lord Gay to design an addition to the structure, using only material native to Ceylon. The construction had to exactly duplicate the original construction. The completed project was nothing like what had been built on the lakeshore in the twenty-plus years following the Great Chicago Fire when many beautiful estates started being built there.

Despite all the attention given to the building of the mansion, the Chandlers sold the property only six years later to the J.J. Mitchells in 1901. Mr. Mitchell was known as the dean of Chicago banking, but his time wasn’t all devoted to banking. He and Mrs. Mitchell invested a lot of time into improving the estate and gave free access to locals. People had to park on the road outside the grounds but were free to enter on foot and enjoy the rose gardens. The family also entertained their personal friends and other notables The estate included a horse barn where draft horses were bred. One of the most famous horses of the past, Dan Patch, lived there as well as other blue-ribbon winners. Local children loved coming to the estate's farm to look at the animals. All of this tragically ended when both Mitchells died in an auto accident.

The property was then purchased in 1928, by F.L. Maytag of washing machine fame. It wasn’t long before the name “Ceylon Court” faded and the estate was referred to as the Maytag Estate. It remained in the hands of the Maytags until 1948, when the property was subdivided with much of the farmland to the east becoming what is now called Lake Geneva Youth Camp, a Christian camp and retreat center that is still in operation today.

After a failed attempt to place the unique home on the National Register of Historic Places, contents, and architectural elements were auctioned off. You can read an article online about the most recent auction when the Florsheim family put some of the columns in their possession up for auction. The Geneva Lake Museum was also able to acquire some of these columns and a few other pieces and they are in a permanent display there. It’s well worth a visit to the museum if you are ever in the area. But all was not lost because many of the original buildings located on the farmland that is now Lake Geneva Youth Camp just east of the estate location still stand and have been repurposed by the camp. 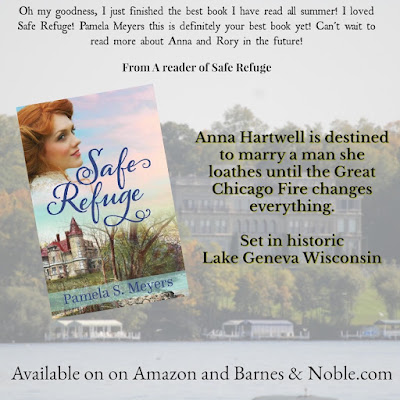