Leave a comment for a chance to win my latest release, Great Lakes Lighthouse Brides Romances! 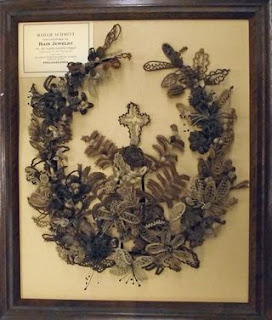 When I was doing research for my next book, Rekindled Light, I toured the historic district of Pensacola, Florida. One of the houses I visited was the 1871 home built by Clara Barkley Dorr. Mrs. Dorr was a wealthy widow with four surviving children of five when she moved into the home in 1872. The well-built, two-story home boasted stylish décor of the Victorian period.

One of the more interesting artifacts I saw was the collection of hair art displayed in shadow boxes in the foyer. This art was designed by Mrs. Dorr composed of hair from her children, both living and dead, and maybe also from her deceased husband.

Creepy as that seems to me, hair art was common during the Victorian age. Even though the practice had been around for hundreds of years, the Victorians were responsible for turning this form of mourning into an art form. 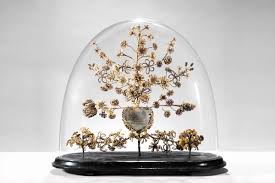 Hair could also be fashioned into flowers and leaves by twisting and sewing it around wire forms, or into three-dimensional sculptures that were covered by glass domes and placed on parlor tables. 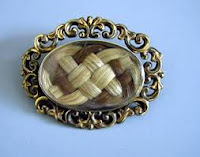 In addition to wreaths, hair jewelry was popular. Bracelets, rings, brooches, watch fobs and buttons were also fashioned from hair as a way to carry a part of your loved one with you.


Godey’s Lady’s Book offered patterns and instructions for shaping and creating hair wreaths. Instructions for detailed works were also available in the 1867 book, Instructor in the Art of Hair Work. In the early 1900’s, even the Sears and Roebuck Catalog sold hair jewelry. 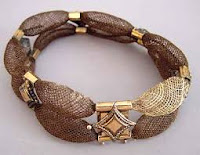 Have you ever heard of or seen hair art? What do think about it? How would you like to get some hair art for Christmas?

Stay tuned for the release of Rekindled Light, which has a character who practices hair art.

Leave a comment for a chance to win a copy of my latest release, Great Lakes Lighthouse Brides Romance collection!

Historical fiction flavored with suspense and romance
Multi-published author Marilyn Turk calls herself a “literary archaeologist,” because she loves to discover stories hidden in history. Her World War II novel, The Gilded Curse, won a Silver Scroll award. When readers asked what happened to the characters after the book, Marilyn wrote the sequel, Shadowed by a Spy. Her four-book Coastal Lights Legacy series—Rebel Light, Revealing Light, Redeeming Light, and Rekindled Light—feature Florida lighthouse settings. In addition, Marilyn’s novella, The Wrong Survivor, is in the Great Lakes Lighthouse Brides collection. Marilyn has also written a book of devotions called Lighthouse Devotions. Marilyn also writes for the Daily Guideposts Devotions book.
Posted by Marilyn Turk at 12:30 AM