The New Madrid Earthquakes: Danger Beneath the Mississippi 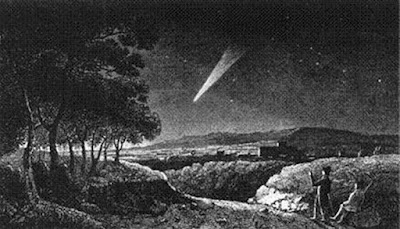 Did you know that the most active seismic area in the United States, created by the unstable Reelfoot Rift, lies near the junction of the Ohio and Mississippi Rivers? And that the most devastating earthquakes in national history originated here between December 16, 1811 and March of 1812?

Thousands of smaller quakes occurred, but the major ones happened: 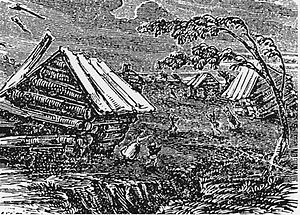 Before the quakes, tame animals acted wild and wild animals tame. Snakes came out of hibernation. A comet appeared in the sky, remaining visible for seventeen months.

I first came across mention of The New Madrid Earthquakes when researching for my c. 1805 historical novel releasing this year (The Witness Tree). I was studying the diaries of Moravian missionaries in Cherokee Territory during the period. According to their records, the quakes created great trauma even in current-day Georgia.

Chickens fell from their coops, buildings were damaged, and massive sinkholes opened. Cherokees flocked to them demanding an explanation. Others hid in the hills, believing the conjurers’ reports about a great snake underground and the anger of the Great Spirit that they had adapted too much to the ways of white people.

Continuing my research for my current work-in-progress set during the Red Stick War, a part of the War of 1812, this link unfolded further. Native Americans responded in a similar manner across the nation. 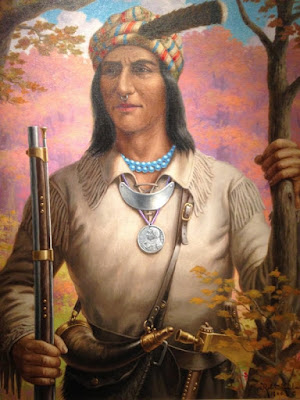 Shawnee Chief Tecumseh (“Shooting Star”) and his brother, The Prophet, had predicted comets, eclipses, and the earthquakes (though some visiting astronomers were said to have clued them in about the eclipses). In response to losing three million acres of Indian land in the 1809 Treaty of Fort Wayne, Tecumseh advocated a Native American confederacy. He traveled to the southern tribes to stir up support approaching the eve of The War of 1812, when his people fought as British allies. The prophecies about the earthquakes and the comet, known as “Tecumseh’s Comet” in America and “Napoleon’s Comet” in Europe, served to strengthen his cause.

Two hundred years later, the danger remains under the Mississippi.

Represented by Hartline Literary Agency, Denise Weimer holds a journalism degree with a minor in history from Asbury University. She’s a managing editor for Smitten Historical Romance imprint of Lighthouse Publishing of the Carolinas and the author of The Georgia Gold Series, The Restoration Trilogy, and a number of novellas, including Across Three Autumns of Barbour’s Colonial Backcountry Brides Collection. A wife and mother of two daughters, she always pauses for coffee, chocolate, and old houses! Connect with Denise here: