Continuing from my last post, Early Life Saver Fashion Part 1, let's look at the advancement of women in the same field. As people found more leisure time, those living seaside took advantage of the beaches and swimming which increased the necessity for female life savers as well as men. In America, many local Y.W.C.A.'s worked with the Red Cross to train women with various exercises similar to the men's training, so they would be ready when needed.

The above photograph shows life savers in 1920 wearing bloomers as part of their uniform. Although we see them as bulky material that would restrict movement as well as drag one down when saturated with sea water, they were at the very least an improvement on what women had been forced to wear while swimming previously.


Throwing a buoy sounds like an easy exercise, but throwing it from a small bobbing rowboat can be difficult if you wish to do it with finesse and dexterity. After all, the aim needed to be on target to enable a successful rescue. Do you think the women are enjoying themselves, or could the photographer's presence be affecting them?

In my last post we showed male life savers of Hawaii with their surf boards. In this next image, we see women life savers working with an outrigger canoe in Waikiki. This would be important training due to the high surf surrounding the island which would put additional hazards to any rescue operation.

Note the change in women's swim fashion. The caption states the year as 1920, yet there is a huge difference between the bloomers in the top image and these ones which have what I'm presuming is a panty covered by brief skirt. One of the caption dates could be in error, or perhaps it's an east coast vs west coast attitude.

Of course, the problem with this type of bathing suit is that it is similar to the old beach hut rented gowns where there is no support at all. The immodesty was the reason for the Victorian use of the portable beach hut where the genders were segregated from each other's view. But it seems that as the 20th century progressed, practicality won over modesty and decorum.

So what do you think of this image of the 1929 St Kilda Surf Life Saving Team's swimwear uniform down in Australia? It is very similar to what the female life saver is wearing in the above photo, is it not? I actually laughed when I saw the word, Manly, tacked on at the end of the caption because I thought it referred to the...um...cut of the swimsuit, but after researching, I realized the team was at a carnival in the Manly suburb of Sydney, New South Wales.


Photos like these reassure us that groups and organizations took the leisure sport of swimming seriously at a time when the world was going through incredible social change.

My next post on August 5, 2019 will feature the different types of life saving equipment available to life savers during this same period. 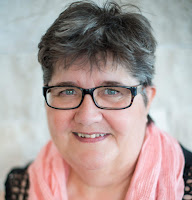