The Siege of the Fort at Detroit with GIVEAWAY 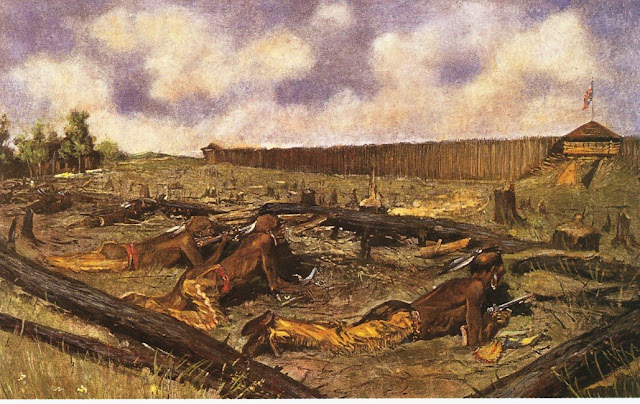 During Pontiac’s War AKA Pontiac’s Rebellion (also Pontiac’s Conspiracy), two forts in Michigan were attacked – Fort Michilimackinac and Fort Detroit. The attack on the Detroit fort is particularly troublesome. Although the attack on Michilimackinac was successful in taking the fort, there were little more than three dozen soldiers in what is now the Mackinaw City area. In Detroit, the fort had many more soldiers and a commander, Major-General Henry Gladwin, who listened when he was warned of possible attack. His less-experienced and younger commander at Fort Michilimackinac did not.

The first Europeans to settle Detroit were the French and their approach was very different than the English’s. The French integrated into the areas where they settled, intermarrying with Native Americans. The local tribes did not consider that France “owned” the land. A good timeline for settlement of Detroit can be found on the Detroit Historical Organization website. The main purpose of Fort Detroit was to help with the lucrative fur trade between Canada and France. The French were sensitive to the manner in which various tribes wish to be treated and how to show respect. Gifting or exchanging gifts was an important aspect of social/political engagement. The British, who took over occupation of Fort Detroit and Fort Michilimackinac after the French-Indian War was settled, didn’t approach things the same way. 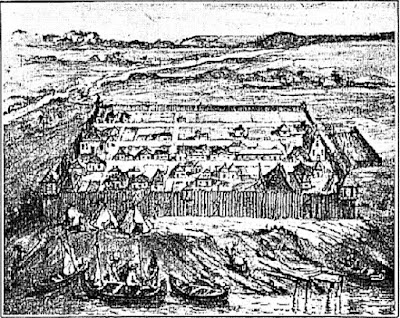 It soon became clear to the local Native American nations that the British considered the land theirs now. After all, the French had signed an agreement saying so. Yet it wasn’t France’s land to cede to anyone, if you looked at things in the Native way. Pontiac and his followers wanted to send a clear message to those who had taken over the forts. And they soon did.

Fort Detroit was set up like a small town within tall wooden palisades. The fort had existed so long that there were many people also living outside the fort. Many of those people were of French descent but some were English. Sadly for the English settlers who lived outside the protection of the military fort, things were about to change.

There are inconsistencies in reports of when Fort Detroit fell under attack. In some versions I found, it began in early May and continued. It’s possible that because at this point Pontiac and his men had made their first attempt, but Gladwin had the fort at the ready, that this was considered the start. Detroit would be a big prize, with many soldiers and well-stocked with provisions and strategic location, in what became a trail of a thousand miles of attacks during Pontiac’s War.

Given the bloody battles and gruesome atrocities that occurred right outside of Fort Detroit, it is no wonder that it “looked like” the fort might not have held. But Gladwin and his men did. For upwards of five months, Fort Detroit remained under siege but was not taken, as was Fort Michilimackinac at the Straits of Mackinac. 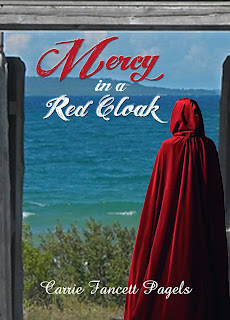 In my new release, Mercy in a Red Cloak, a British colonel and his scout son are looking for trusted scout, Shadrach Clark, who has gone missing. Fort Detroit, and its subsequent attack, play a small part at the beginning and the end of the novella.

Famed colonial scout, Shadrach Clark, is sought out in the Straits of Mackinac, when he has gone missing. His dear friend, Mercy, whose circuit-rider father is also missing, joins in the search. Set during the time of Pontiac's War, can love overcome their obstacles?

*Giveaway contest* Carrie is offering either an ebook or print copy of this historical romance novella to one lucky commenter, drawn by random dot org. Be sure to leave your email addy so we can contact you! 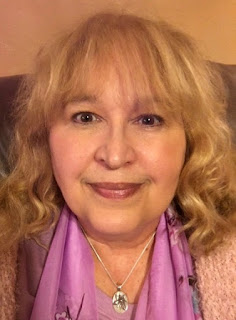 A former psychologist, Carrie Fancett Pagels, Ph.D., is an ECPA bestselling and award-winning author of eighteen published inspirational historical romances. Her tagline, “Overcoming With God” and her blog by the same name, reflect a key message that anchors her stories. The founder and administrator of the Colonial Quills blog, Carrie enjoys this era. She lives in the Historic Triangle of Virginia and also spends much travel time in the Upper Peninsula of Michigan. Carrie gives credit for each of her stories to the One who inspired them.
Follow Carrie on: