How the Invention of the Telegraph Changed the News, Part II & Surprise--A Giveaway!

Edward Willis Scripps was the youngest and fifth child of James Mogg Scripps from England and Julia Osborn from New York. He was born in Rushville, Illinois on June 18, 1854. James Scripps already had seven children combined from his first two marriages. Because of the investments of his older half-brothers, George and James, and also of his half-sister, Ellen, along with hard work, E. W. became a success in the newspaper industry.

When E.W.’s half-brother, James, started up The Detroit News in 1873, E.W. began his career as an office boy at the newspaper. Ellen also worked with James. Then, in 1878, with half-brothers George and James financing his efforts, E.W. founded The Penny Press in Cleveland, later called The Cleveland Press. The bristly, cigar-smoking entrepreneur went on to be instrumental in financing or founding 25 more newspapers across the Midwest with Ellen’s monetary support.

His method of acquiring newspapers consisted of lending money to enterprising young publishers so that he owned more than half of the paper. He then bought up the most successful ones, often grooming local editors, believing they would be best at ferreting out the local news. However, they also needed a way to receive news beyond local sources.


In last month’s article I wrote that ten New York papers banded together, but in another it recorded six newspapers to form the Associated Press. The articles do concur that it was formed in 1848. The association sought to send news westward by telegraph, beyond Washington and New York in a consolidated fashion. Eventually they sent news only to their franchise papers. International news came across the Atlantic by steamship and they sent reporters to Nova Scotia to relay news by telegraph, all before the cables were laid across the ocean.

The United Press Associations at some point began training their reporters, expecting them to write an accurate story and to hopefully be the first one there to get the scoop. Scripps regarded his forming of the United Press Associations to be his greatest service to the people of the United States. The UP continued well beyond his death in 1926. The UP sold news stories to the up and coming medium of radio broadcast news before the AP, beginning in 1935. In 1958 the UP was joined with the International News Service, which had been founded by William Randolph Hearst in 1909. Together they formed the United Press International or UPI and still exist today. Interestingly, the UPI was bought by Sun Myung Moon in 2000, founder of the Unification Church cult.


The legacy E.W. Scripps news service to small town papers has reached beyond the age of news transmitted by telegraph. The last telegram in the United States was sent in 2006 and the last official telegram in the world was sent from India in 2013. Before newspaper owners and editors learned to harness the helpfulness of telegraphy, they saw the new technology as a disruptor, much as the internet is for them today. One thing is for sure, the telegraph made up-to-date news available to the masses unlike it had ever been before. 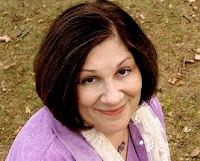 While Sophie seeks acceptance for the child and a measure of respect for herself, the rumors swirl about her sordid past. Should Ian show concern for Sophie's plight, he could risk everything - including his position as pastor of Stone Creek.

Posted by Kathleen Rouser at 12:24 AM