Last April, my husband and I finally had the opportunity to visit New York City for our son's wedding. Every point of our tour highlighted the history of this great city. Grand Central Station, where I envisioned soldiers coming and going as they met—or said goodbye—to that special girl. The Statue of Liberty and Ellis Island, where my husband’s grandparents were processed into America from Hungary. And Central Park, especially dear to me because the heroine in my latest story, “Riders of the Painted Star,” is a Manhattan artist who paints in the park, era 1936, before heading off to an Arizona dude ranch. I learned in my research that Central Park hasn’t always been the beautiful oasis it is today. 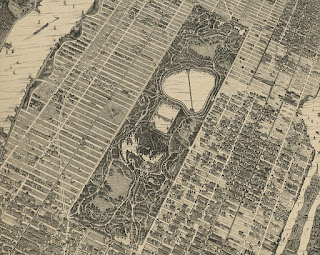 Construction began on Central Park in 1857. The idea of turning the 840-acre plot of rocky swamp land into a viable recreation spot was a noble idea, but unfortunately, it began on a sour note. There were people living there at the time. According to the Central Park Conservancy Blog:

"Seneca Village began in 1825, when landowners in the area, John and Elizabeth Whitehead, subdivided their land and sold it as 200 lots. Andrew Williams, a 25-year-old African-American shoeshiner, bought the first three lots for $125. Epiphany Davis, a store clerk, bought 12 lots for $578, and the AME Zion Church purchased another six lots. From there a community was born. From 1825 to 1832, the Whiteheads sold about half of their land parcels to other African-Americans. By the early 1830s, there were approximately 10 homes in the Village."

Once evicted, the residents ended up melting into the city, never to resurface as a community again. 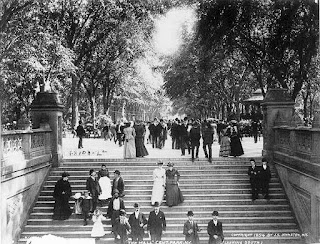 Despite it's troubled beginnings, the people of New York embraced the park, that was developed in order to provide a place where the poor could benefit from clean air and recreation, and where the wealthy could promenade and socialize. For them, it was the place to be and to be seen.

As the decades passed, regulations on keeping Central Park clean and pristine fell by the wayside. By the 1930s, the beautiful meadows gave way to dust and weeds, the trees succumbed to decay, and the man-made structures rusted or crumbled.

In 1934, Mayor Fiorello La Guardia recommissioned the five departments previously tasked to clean up and repair the park. Unfortunately, the Depression had displaced many families as they lost their jobs and homes, and another small settlement had claimed part of the land for their own. The men who had squated on this land had built nearly twenty homes from scraps of wood and brick, but alas, they were forced to relocate elsewhere. The website, 6sqft, explains:


"Small shanty towns—later named Hoovervilles after President Hoover—began to spring up in vacant lots, public land and empty alleys. Three of these pop-up villages were located in New York City; the largest of them was on what is now Central Park’s Great Lawn." 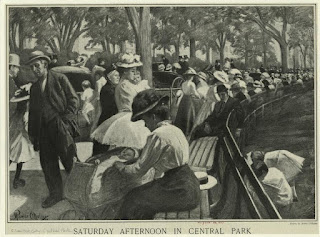 From the 1930s on into my lifetime, New Yorkers enjoyed their newly renovated park for many years. Sadly, it became run down once again and by 1970, needed another facelift.

I can attest that as of April 2019, it’s now a gorgeous piece of nature, surrounded by high rises and yet still a relaxing place to spend the afternoon. When we were there, we didn’t see any graffiti, which I understand is dealt with almost immediately, and there was no trash marring the view.

Knowing the history of Central Park, the good and the bad, makes one pause to appreciate all that has been done to birth a dream, rescue that dream, and maintain that dream, over and over again. 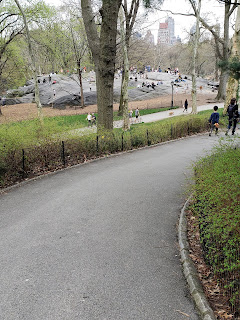 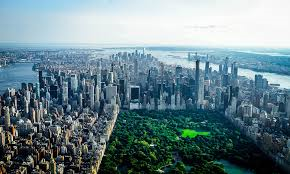