History and Ghost Stories: Is Franklin Tennessee's Most Haunted Town?

I suppose if one is going to discuss the subject of ghosts, October is a good month to do it in. However, I'm going to put a little disclaimer right here at the beginning of this post: The information I'm about to share comes from various sources and is really interesting! But...I'm not saying I believe all of it.

Are you still with me? Okay!

The history of the small town of Franklin, Tennessee is rich with tales of ghosts and haunted houses. You can't swing a cat, as the saying goes, without hitting an historical home or business that is supposedly haunted. I thought I'd highlight a few here, give you the history of each location, and share why people believe it's haunted and by whom. 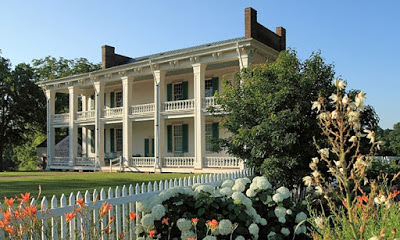 I blogged about Carnton back in April 2018 as part of my obsession with plantation houses. It's a beautiful Federal-style home that was quite a large plantation in its day. Carnton is most famous for the role it played in the aftermath of the Battle of Franklin in November 1864. Because of its location south of town, it served as a hospital for wounded Confederate soldiers. The largest Confederate cemetery in the South is located on land donated by the McGavock family. The ghosts of soldiers have supposedly been seen walking through the fields, and one of the five Confederate generals who died in the battle and was laid out on the porch, has been spotted riding a horse through the former battlefield. A man and woman dressed in clothes from the 1860s are said to appear on the porch, long after the plantation house has been closed to visitors. Two years ago we visited Carnton on the anniversary of the battle. I didn't see any ghosts, but I admit it was a little creepy walking around the dimly lit house and seeing blood stains that still remain on the floor all these years later. One can't help but conjure ghastly images of amputations and horrific surgeries taking place in the upstairs bedrooms. Sadly, nearly 10,000 casualties resulted from the ill-fated battle.

Like Carnton, the home the Carter family lived in was used during the battle. However, it was the Union Army who took possession of the one-and-a-half story home the afternoon of November 30, 1864. Located one mile north of Carnton, some of the fiercest fighting took place on the Carter's property. Their son, Tod, an aide to a Confederate general, was mortally wounded within sight of his childhood home. They carried his body inside where he died two days later. It is said that Tod and his sister Annie continue to reside in the home, nearly 155 years later. When we visited the Carter house (again, on the anniversary of the battle) we didn't see Tod. 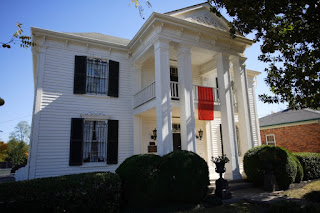 The Lotz family lived across Columbia Pike from the Carters. When it became clear the war had arrived in their front yard, Mr. Lotz, with his wife and children, took refuge in the Carter home because it was made of brick. Like Carnton, the Lotz home still bears the blood stains from wounded soldiers that were brought there after the battle. People visiting the house today claim they've seen ghostly figures peering from the windows, heard military drums being played, and even heard a woman crying for her dead husband. Because of this, the Travel Channel named the Lotz House as "One of the most terrifying places in America." I haven't been inside this house, but one of our favorite burger joints is mere yards from it. No ghosts have presented themselves to us, but maybe I've been too busy devouring a delicious cheeseburger and onion rings to notice.

Quite a few other businesses and homes in the historic district of Franklin boast claims of ghost sightings, unexplained voices, and objects that move on their own. Even the old courthouse, which was used as the Union Army's headquarters, supposedly has the ghosts of several Union soldiers on the balcony from time to time. A walking tour through town is available for those who want to see these places for themselves.

Your turn! Have you ever visited a "haunted" historical site? Tell me about it!

Michelle Shocklee is the award-winning author of The Planter's Daughter and The Widow of Rose Hill. Her new time-slip novel set in Nashville will release in Fall 2020 from Tyndale House Publishers. STAY TUNED! Michelle and her husband of thirty-two years make their home in Tennessee. Connect with her at www.MichelleShocklee.com. 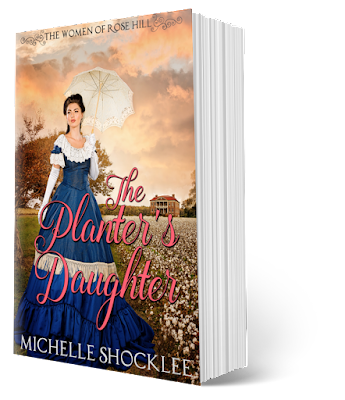