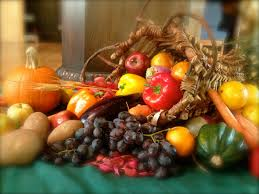 November is designated as Thanksgiving month, where we as Americans look at our lives and give thanks for our many blessings. But I would like to turn our attention to 1948 Germany and a special operation that happened during the Berlin airlift.

After World War II, Germany was sectioned off into occupied territories. The allied designations were American, British, and French. But the Soviet Union 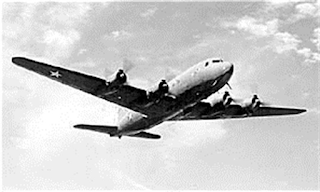 gained a fourth. The capitol city of Berlin was located deep into the Soviet Union territory, but was also divided into fourths, the allies occupying West Berlin. Stalin had already taken Czechoslovakia and Hungary; it was only a matter of time before he’d go after Germany. He cut off railway, road, and canal access to West Berlin on June 24, 1948 hoping to starve the allies out by making it impossible for goods to be delivered to those living there. This was known as the Berlin Blockade.

Not to be deterred, the allies got together, and the Berlin Airlift went into operation. If they couldn’t send food and supplies by ground, they would take to the air. These planes delivered 5000 to 8000 tons of food, fuel, and goods a day for over a year. In the course of the operation, about 2.3 million tons of cargo had been flown in.

Gail Halvorsen joined the United States Army Air Corp when he was only in his twenties. He loved children and lamented having to put his family on hold. After the war, he jumped on board to deliver supplies to the very people he had bombed in Berlin.


“When word came that Stalin had cut off all the
food and energy supplies to these suffering people this assignment became a worthwhile challenge. But that didn’t make this second disruption without some pangs of doubt.

“However these last feelings of doubt left me when I landed that first load of 20,000 pounds of flour at Tempelhof in West Berlin. The German unloading crew poured through the open cargo door in the back of my aircraft. The lead man came toward the cockpit, moist eyes, hand out thrust in friendship. Unintelligible words but his expression said it all. He looked at the bags of flour and back to us like we were angels from heaven. People were hungry for food and freedom. We were giving them both and they were most grateful. Gratitude is the magic potion that makes enemies friends and seemingly impossible tasks doable. From then on, the pangs of doubt were gone.”

Another need arose during that year. Yes, the people were fed and clothed. They were able to heat their homes with the coal delivered. But a tiny population had needs, and by tiny, I mean the children.

During one of the deliveries, Halvorsen spotted about thirty children on the other side of the barbed wire fence watching the plane being unloaded. They told him, ‘When the weather gets so bad you can’t land don’t worry about us. 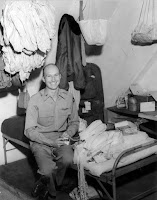 We can get by on little food but if we lose our freedom, we may never get it back.’” Halvorsen was there for more than an hour and not one child asked for gum or candy. He was so impressed that he promised to drop candy from his plane the next day when he flew over their houses. They’d know it was him because he would wiggle his wings. He did just that for several weeks, tying bits of gum and chocolate bars to cloth and dropping the tiny parachutes from his plane. But then he got caught. His crew was threatened with court martials, but this was immediately followed by a pardon. At his home base of Rhein Main AFB, in Frankfurt, Germany, General William H. Tunner told him to “keep it up.” 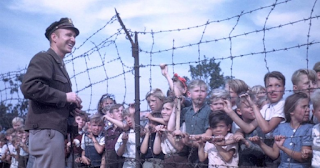 Stories emerged as letters came in by the hundreds. One was from a little girl named Mercedes. She told him his planes scared her chickens, but he could 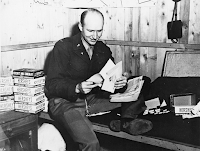 drop the candy near the white chickens because she didn’t care if they were scared. Years later Halvorsen was assigned as the commander of Tempelhof. He received a letter from a local inviting him to dinner. When he finally accepted, he learned it was Mercedes and her husband, Peter. They would go on to be friends, the Halvorsens staying with them over thirty times in the years to follow.

Another letter from an adult man was equally touching and epitomized the role the allies played in their support of the hurting population of West Berlin.

“. . .a 60 year old man told me he had caught a parachute in 1948 with a fresh Hershey candy bar. ‘It took me a week to eat it. I hid it day and night. But the chocolate was not the most important thing. The most important thing was that someone in America knew I was in trouble and someone cared. That meant hope.’ With moist eyes he said, ‘Without hope the soul dies. I can live on thin rations, but not without hope.’ Hope is what the British, French and American Airlift, its flour, dried eggs, dried potatoes, dried milk and coal meant to the Berliners, hope for freedom. Everyone needs hope today as much as the West Berliners needed it then,” Impressions of A Berlin Airlift Pilot, Gail S. Halvorsen, Col. USAF (Ret) Nov. 2007. 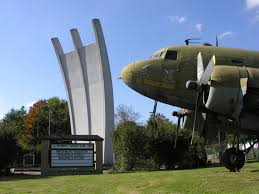 My husband was stationed at Rhein Main, AFB in 1979-1982 and again in 1986-1989. We were there when President Ronald Reagan said the famous words, “Mr. Gorbachev, tear down this wall.” Although we never visited Berlin, we could see gratefulness on the faces of many of the older Germans we met. Many of them shook my husband’s hand and thanked him for being there. They remembered those harsh times, when war had threatened all they held dear. They still, after all those years, celebrated their freedom, knowing someone else—the Americans, British, and French—put their lives on hold for them. 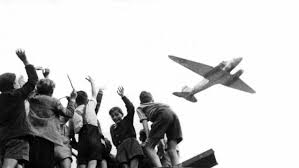 And it was Colonel Gail Halvorsen, aka the Candy Bomber and Uncle Wiggly Wings, who became the face of compassion to so many. We are grateful that he shared in the same spirit of giving that we celebrate each year in our homes. 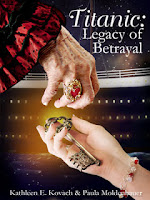 TITANIC: LEGACY OF BETRAYAL
A secret. A key. Much was buried on the Titanic, but now it's time for resurrection.