It’s time for another deep dive into the meaning and origin of words that made their way into modern lingo by way of the Wild West. Many of these phrases hail from even earlier times, which goes to show how intimately we’re connected with people from past eras. This is part of an ongoing blog series. You can read the articles in any order, but if you’d like to approach them sequentially, start with Wild West Sayings We Use Today, Part 1. 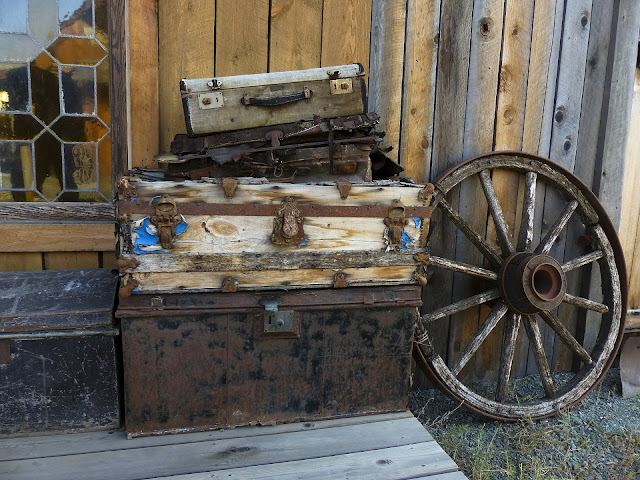 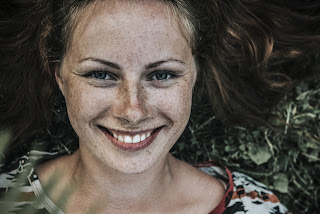 By the Skin of Your Teeth

This expression describes escape from peril in the nick of time or by a narrow margin.

Historical Reference: The term was copied into the King James Bible in 1611. In the Book of Job, Chapter 19, verses 18-20, we find the following lament: “Yea, young children despised me; I arose, and they spake against me. All my inward friends abhorred me: and they whom I loved are turned against me. My bone cleaveth to my skin and to my flesh, and I am escaped with the skin of my teeth” Job, Chapter 19, verses 18–20 KJV.

Job was a man whose devotion to God was severely tested. Although tempted, even encouraged, to curse God in the midst of his trials, he held firm in his faith. God watched over Job and delivered him from his sufferings.

The Biblical phrase is directly translated from the original Hebrew, which explains the curious wording that has baffled Biblical scholars for centuries. Teeth don’t have skin, which leaves the meaning up to interpretation. Some wonder if the ‘skin of Job's teeth’ were his lips, while others believe the gums are meant. Modern thinking is that Job’s meaning parallels the way we use this saying today. He had a narrow escape and knew it.

Example: That jaywalker escaped being hit by a car by the skin of his teeth. 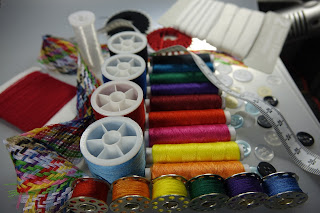 This phrase, dating from the mid-19th-century, is a substitute for ‘everything. ‘Kit’ was a slang term for an outfit or collection in 18th-century England. The word probably came from the Middle Dutch ‘kitte’—a cask or tub comprised of wooden staves. We use this meaning for 'kit' today. We might put together a sewing kit, a first-aid kit, or a shoeshine kit, for example. ‘Caboodle’ derived from ‘boodle,’ an American slang term that originated in 1833. The meaning of ‘boodle’ shifted from ‘a crowd of people or pack of items to ‘money’ (especially purloined money) later in the century. This word may come to us courtesy of the Dutch ‘boedel,’ meaning ‘money or possessions.’ There may be a connection between ‘boodle’ in its original sense and ‘bundle.’

Historical Reference: A variety of similar phrases existed at the beginning of the nineteenth century. 'Whole kit and cargo,' 'whole bilin’' (boiling), and 'whole kit' are some of these. 'The whole kit,' probably the earliest form, is recorded in Grose’s Dictionary of the Vulgar Tongue in 1785.

Example: They lost everything they owned in the fire – the whole kit and caboodle. 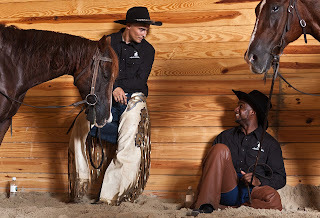 Being ‘in cahoots’ with means to enter into a partnership or band together with others to accomplish something that may or may not be nefarious.

Historical Reference: 'Cahoots' appeared in English literature of the early nineteenth century. It may have derived from the French 'cahute,' or ‘cabin’ and navigated to England via the Scots. Another theory is that it came from the French 'cohorte' or from an English slang form of ‘cohort’ which meant an accomplice.

The first appearance in America of this phrase occurs in Chronicles of Pineville, a collection of sketches of Georgia by William T. Thompson: It contained this sentence: “I wouldn’t swar he wasn’t in cahoot with the devil.”

Example: My mother and grandmother were in cahoots to find me a husband.

Note from Janalyn: I hope you find the glimpse into the Wild West and other eras that words provide. Join me again next month for a new adventure into the history of words.

Can a young widow with no faith in love, hope for a future with the man who broke her heart?

Maisey isn’t about to give Rob another chance to reject her love. Why should she believe that the man who left town without a backward glance three years ago cares about her? Life had taught her all about broken dreams, and she didn’t want to hope again. If only her young daughter would stop adopting Rob as a father, ignoring him—and her own emotions--would be a whole lot easier.

Thoughts of the woman he’d left behind haunted Rob for three long years. It wouldn’t have been fair to ask Maisey to wait while he mined a gold claim. After making his fortune, he has returned to his family in Montana’s Bitterroot Valley. Rob is ready to settle down, and he’d rather do so with Maisey. But after their first encounter, it is clear that he’s lost her forever.

Based on actual historical events during a time of unrest in America, The Forever Sky explores faith, love, and courage in the wild west.
Posted by Janalyn Voigt, escape into creative worlds of fiction. at 12:08 AM