Myra Maybelle "Belle" Shirley was the daughter of well-to-do parents and should have grown up to be poised and proper. Girls born in the mid-19th century were expected to learn to cook, sew, run a home, and then marry a good man and raise a family. Belle had other ideas. 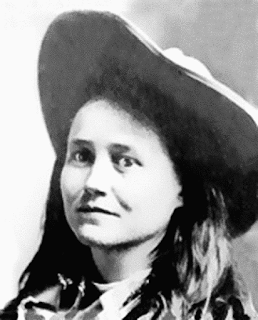 Belle—known as May to her family—was born on February 5th, 1848 in Carthage, Missouri. Her father, John Shirley, was a prosperous farmer, and her mother, Elizabeth, was his third wife. Belle was raised with several siblings from John's previous marriages. Her favorite brother was John Addison—aka Bud. Belle received an education at a girl's academy, but Bud taught her things that would better serve her as she grew older--how to shoot and ride horses. Belle grew up in the years preceding the Civil War, and it is believed that she helped Bud as he tried to subvert the Union's efforts in Missouri.

Bud died in 1864, and following a Union attack on Carthage soon after, the Shirleys moved to Scyene, Texas. It was there that the Shirleys became reacquainted with a number of Missouri-born criminals, including Jesse James and the Younger brothers, whom Belle had grown up with in Missouri. 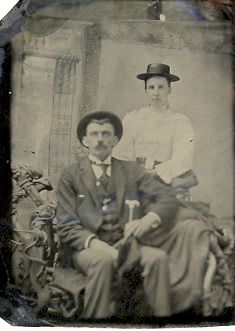 In 1866, Belle married Jim Reed, another man she'd known when she was younger. Two years later, she gave birth to a daughter—Rosie Lee, whom she called Pearl. Her second child, Eddie, was born in 1871. Reed fell into bad company—the Starr clan—a Cherokee Indian family notorious for stealing whiskey, cattle, and horses in Indian Territory. Reed was killed in 1874 in Paris, Texas.

In 1880, Belle wed a Cherokee man named Sam Starr. They moved to Indian Territory and lived with the Starr gang on Cherokee land. There, she learned to fence for the rustlers, horse thieves, and bootleggers, and she also harbored criminals such as Frank and Jesse James at their home. 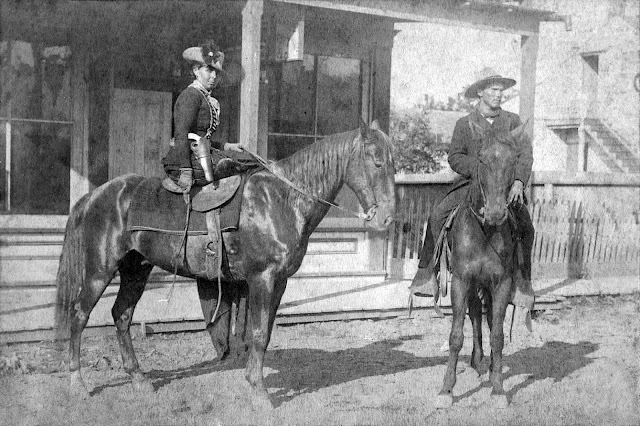 By Roeder Bros. - Heritage Auctions, Public Domain, https://commons.wikimedia.org/w/index.php?curid=27154879
Note: Belle is riding side-saddle with a gun on her hip

In 1883, Belle and Sam were convicted of stealing horses and were tried before "The Hanging Judge" Isaac Parker in Fort Smith, Arkansas. Each spent nine months in jail in Detroit, then returned to Indian Territory. Belle was now a felon, with her notoriety growing over suspicions about other crimes. It is said that she carried one or two pistols and wore gold earrings and a man’s hat with feathers.

In 1886, Belle eluded conviction on another theft charge. On December 17, Sam was involved in a gunfight with Officer Frank West, and both men were killed. Belle's life as an outlaw queen—and what had been the happiest relationship of her life—abruptly ended with her husband's death. 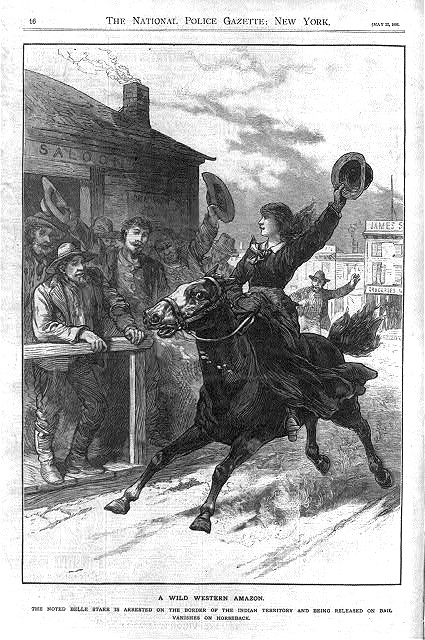 On February 3, 1889, two days before her 41st birthday, Belle was killed. She was riding home from a neighbor's house in Eufala, Oklahoma when she was ambushed and shot several times. After she fell off her horse, she was shot again to make sure she was dead. Legend says she was killed with her own double-barrel shotgun. No one was ever accused of her murder.

Most of her life, Belle was an obscure figure outside Texas. But she received instant notoriety when her story was picked up by the publisher of dime novels and the National Police Gazette, Richard K. Fox, who made her name famous with his novel Bella Starr, the Bandit Queen, or the Female Jesse James, published in 1889. 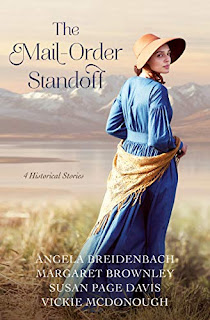 Check out my new release:

When Connor McLoughlin and his cousin Brian order a pair of mail-order brides, they think they’re getting two sweet Irish lasses. But what they get is a stage load of shenanigans. 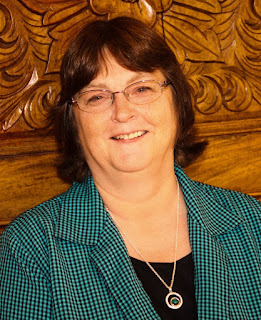 Vickie McDonough is the best-selling author of 50 books and novellas. She grew up wanting to marry a rancher, but instead, she married a computer geek who is scared of horses. She now lives out her dreams penning romance stories about ranchers, cowboys, lawmen, and others living in the Old West. Vickie’s books have won numerous awards including the Booksellers Best and the Inspirational Choice awards. When she’s not writing, Vickie enjoys reading, doing stained-glass projects, gardening watching movies, and traveling. To learn more about Vickie’s books or to sign up for her newsletter, visit her website: www.vickiemcdonough.com