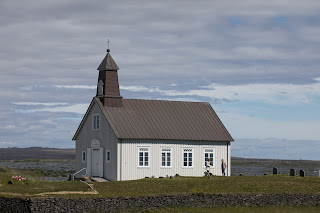 I grew up going to a small Southern Baptist church, Northwest Baptist, on California Crossing Road in Dallas, Texas. J.W. Matoy, the pastor, was my mother's cousin from Oklahoma. I suppose I played in the nursery in the years before memory kicked in.

I didn't know Baptists were the most well-known protestant denomination or about the many kinds of Baptists: American, Missionary (the pro-missionaries group that split away from the Primitive Baptists who were decidedly not). And the Independent Baptists that refrained from joining any of the hierarchy associations or governing authorities. 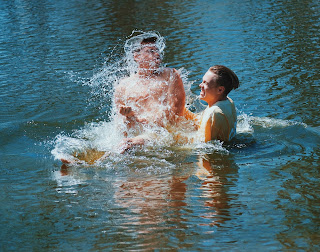 The first Baptists broke away from the Church of England with the belief that salvation should include a public profession of faith followed by being baptized, immersed in water, not being sprinkled as a baby--as symbolized by the disciples’ baptisms (John 3) and from Romans 6, especially the fourth verse.

“Therefore we are buried with him by baptism into death: that like as Christ was raised up from the dead by the glory of the Father, even so we also should walk in newness of life.” Romans 6:4

Those first congregations were known as General Baptists. When the Calvanist Separatists accepted the belief of immersion, they became the Particular Baptists. 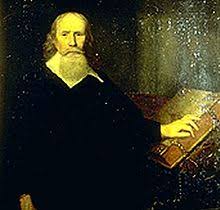 The earliest Baptist church was founded in Amsterdam in 1609, but as more and more pilgrims arrived on the shores of the New World, it wasn't long before the Massachusetts Bay Colony banished John Clark for his belief of the separation between church and state.

They followed Church of England practices, but Clark moved south to uncolonized Rhode Island and formed the first Baptist church in America in 1638.

During the nineteenth century, the movement grew to seven hundred fifty churches with more than sixty thousand Baptists spread across the states. All the associations were committed to a principle of autonomy but joining together for the benefit of spreading the Good News of Christ.

The issue of slavery caused the Southern Baptists to separate from the Northern associations and their growth proved unrivaled. Some churches were more conservative than others and before long, we had the American Baptist Churches, the Baptist General Convention and of course Texas had its own convention. Plus the Independents. 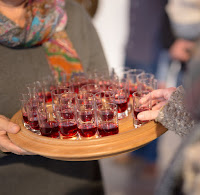 Strong believers in Biblical authority, Baptists take communion as an act of symbolic obedience with no particular schedule and believe all scripture is divinely God-breathed per these verses in Timothy.

“All scripture is given by inspiration of God, and is profitable for doctrine, for reproof, for correction, for instruction in righteousness: That the man of God may be perfect, thoroughly furnished unto all good works.” 2 Timothy 3:16-17

Baptists strongly support evangelism and missionary work and stand up for religious freedoms. It is recognized they were instrumental in our Constitution’s First Amendment. 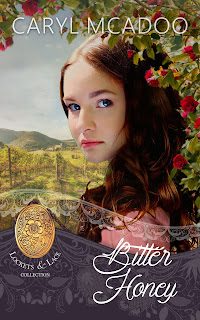 No longer affiliated with the Baptist church, I now consider myself a non-denominational. That happened in 1975 during the Charasmatic movement of Holy Spirit.

I experienced the baptism of fire and that set me apart from the traditional doctrines. The Southern Baptist Association disfellowshipped our little Shady Grove Baptist Church, so we became simply Shady Grove Church.

It's so exciting that my FIFTIETH TITLE published BITTER HONEY releases tomorrow! It's book 22 in the Lockets and Lace Collection and the story of Samantha Adam's romance.

Readers met Samantha in UNIQUELY COMMON (book 12 in the same collection) when she was only thirteen years old. Now, she'd eighteen and ready to get married and have babies . . . but should she settle?

From the vineyards of Napa Valley to the streets of New Orleans, there's another love story in BITTER HONEY, a more mature romance akin to Hosea's I think you'll enjoy!