The Wreck of the Whydah Galley

My February post explored the tale of star-crossed lovers, Samuel Bellamy, an English navy recruit-turned-pirate, and Maria (“Goody”) Hallett, the Cape Cod beauty he leaves pregnant as he sails away to seek sunken Spanish treasure in Florida. By the time Bellamy heads back toward Massachusetts, he’s leading a fleet of ships he’s captured as the “Prince of Pirates, Black Sam Bellamy.” Her baby dead and her reputation in tatters, Maria lives in a hut on the very beach where her lover’s flagship, the Whydah, founders in a Nor’easter, April 26, 1717. Stuck on a sandbank, the former slaver is dismasted by thirty- to forty-foot waves. Cannons fall from their mounts, smashing through overturned decks. The back of the ship breaks, and the Whydah splits in two, sinking within a quarter hour.

The Mary Anne, another ship in Bellamy’s fleet, also runs ashore. The terrified prize crew reads from The Common Book of Prayer in the hold. Come morning, they discover one side of the ship is beached, and they can walk to a small island. They’re rescued by locals but soon captured at an Eastham tavern and taken to the Barnstable Gaol in Wellfleet. 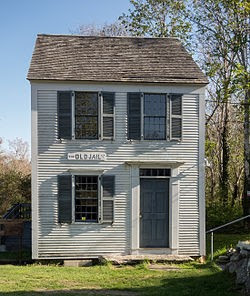 Meanwhile, a hundred and twenty bodies wash up on shore. Maria examines them all but never finds Sam. Only two from the Whydah survive. The prisoners are transported to stand trial in Boston, where Reverend Cotton Mather of Salem witch trial fame comes to minister to them. An attempted rescue by Blackbeard, under whom Bellamy once served, is foiled by a harbor blockade.

On September 5, 1717, King George I issues a proclamation for the suppression of piracy that includes a pardon, but the trials proceeded. Later, debate arises as to whether the Boston authorities were aware of the proclamation and rushed the trial. All of the men interrogated state that they were pressed into duty when Bellamy captured their ships, but only two are acquitted. After making repentance to Mather, the others hang at the Charleston Ferry on November 15.

Over four tons of silver, gold, gold dust, and jewelry, including Akan gold from West Africa, divided into 180 fifty-pound bags and stored in chests on the Whydah, now lay at the bottom of the ocean. In 1984, Barry Clifford finds the wreck under just fourteen feet of water and five feet of sand. Since then, over four hundred million in coins, precious metals, and artifacts have been recovered and can be viewed at the Whydah Pirate Museum in West Yarmouth.

And Maria? Many legends grew up around her, but by all accounts, she lived a broken, bitter life on Marconi Beach, suspected by some of witchcraft. People also talked of a strange figure who walked up and down the Cape every fall and spring, a man who had a cabin in a nearby town from which cries of anguish could be heard at night.

Represented by Hartline Literary Agency, Denise Weimer holds a journalism degree with a minor in history from Asbury University. She’s a managing editor for the historical imprints of Lighthouse Publishing of the Carolinas and the author of eleven published novels and a number of novellas. A wife and mother of two daughters, she always pauses for coffee, chocolate, and old houses. https://deniseweimerbooks.webs.com

To learn more/sources: Expedition Whydah by Barry Clifford; “The Wreck of the Whydah Gally,” The History Guy, https://www.youtube.com/watch?v=2GZgf1j1n78