Second Class on the Titanic

This is the month to commemorate the R.M.S. Titanic, not necessarily for the tragic sinking on April 15, 1912, but for the majestic beauty of the vessel and the hardy, valiant passengers who dared to try something new. 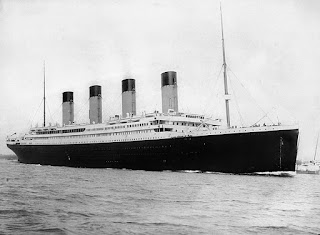 Much has been said about the first-class opulence with its decadent meals and affluent travelers. However, today I’d like to concentrate on the middle of the ship. Second class. Like the middle child, she is often brushed over, lost in the beauty of her older sister and the unique character of the baby.

Of the approximate 1317 passengers on board, there were only 284 passengers occupying the staterooms aft of mid-ship on E deck. Some of those were hired by the White Star Line such as the musicians and the Harland & Wolf Guarantee Group, tasked to go on the maiden voyage to report on her performance. Among the legitimate paying passengers were authors, teachers, and clergy, along with other professionals. Charles Aldworth, the chauffer of the now infamous automobile thanks to the 1997 movie, and the only car on board, also

resided in second class. The vehicle, a 1912 Renault Type CB Coupe DeVille was owned by Pennsylvania coal and iron heir William Carter who had purchased it in England. 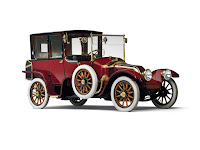 Other prestigious passengers are worth taking note. The Rev. John Harper, a famous Scottish Baptist pastor, was traveling to America to preach at the Moody Church in Chicago. Lawrence Beesley, a school teacher and science master, spent most of his time on board the ship in the spacious library. Two months after the sinking, he wrote and published The Loss of the S.S. Titanic, the first eye-witness account of the disaster.
Joseph Laroche, along with his pregnant wife and two daughters, were the only known passengers of black ancestry on board. After living in Paris, Joseph decided to move his family to his native Haiti where his uncle Cincinnatus Leconte was then president. His desire was to escape racial discrimination and give his family a better life. 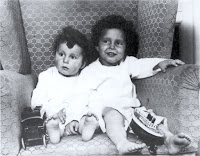 A notorious passenger was listed under the name Hoffman, but the Slovak immigrant who was then living in France was actually Michel Navratil, a father who had kidnapped his two small boys from their mother, whom he suspected of
having an affair. Navratil’s business was floundering and felt America promised a better future. After the iceberg impact, the children, ages two and four, were placed in Collapsible D lifeboat without their father. The older of the two, Michel Jr., recalled later that his father told him that when his mother came looking for them, to tell her that he loved her and had hoped she would follow them to the United States “...so that we might all live happily together in the peace and freedom of the New World." The boys survived. Their father did not. The mother, Marcelle Navratil, found them by seeing their picture in one of the many newspapers circulating worldwide and traveled to New York to retrieve them.

Life in second class was more than comfortable. Some compared it to first class on other luxury liners. Their staterooms, while small compared to the upper deck, could still be described as beautiful. Either two or four bunk beds were
attached to the walls which were paneled in oak and painted a glossy white. Linoleum floors and mahogany furniture supplied the comfort of home. Some rooms held a couch and all were tapped into the freshwater tanks to make refreshing oneself in the washbasins convenient. Many rooms also had tipping sinks on shelves that could fold away to provide more room. Communal lavatories were sectioned off per gender, but a bath could be provided upon request. Linens were changed daily. 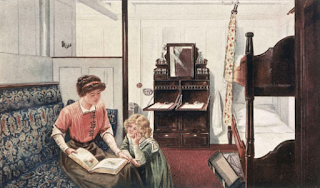 As for socializing, the passengers were offered a library, smoking room, and dining saloon, as well as a barber shop. Two separate promenade decks afforded the passengers time outside, with a third enclosed deck designated for the children. The Titanic was the first ship to offer an electric elevator for second class. 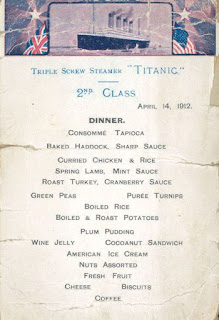 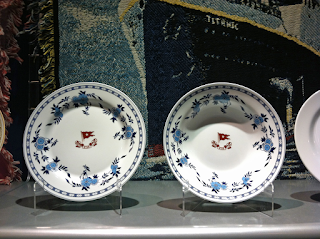 Second class on the Titanic would have still been a luxurious way to travel. Give the middle child her due, and let’s celebrate her accomplishments.

The following is a book my cowriter and I published. Most of the time we spent on our fictional Titanic took place in first class. An overbearing matriarch and her priviledged grandson hide a secret that was supposed to die in the famed disaster. But did it?

TITANIC: LEGACY OF BETRAYAL
A secret. A key. Much was buried on the Titanic, but now it's time for resurrection.

Email ThisBlogThis!Share to TwitterShare to FacebookShare to Pinterest
Labels: Titanic