The Early Adventures of Davy Crockett

David Crockett, born August 17, 1786 in Greene County, Eastern Tennessee, might best be known as a congressman who opposed President Andrew Jackson’s Indian Removal Act and a Texas revolutionary who died at the Alamo, but few are as familiar with the years that formed him as a frontiersman and his service in the War of 1812. However, his militia stint under the very man, Jackson, he’d one day stand against in politics was what captured my notice as I researched for a novel set in Alabama during the Red Stick War (1813-14).

Crockett was the fifth of nine children born to John and Rebecca Crockett. Some might find Davy’s later opposition to Indian Removal surprising given the fact that while John had been away fighting with the militia, his parents (Davy’s grandparents) were killed in 1777 by Chickamauga Cherokee under Dragging Canoe, allied to the British. One of Davy’s aunts had been scalped but survived, while John’s brother Joseph was wounded, and his brother James was held captive for seventeen years.

We know that John taught Davy to shoot by age eight, but history is unclear on whether Davy actually played the fiddle. To help with family expenses, Davy was often hired out as a worker. At age thirteen, his brief enrollment in school ended with him running afoul of a local bully, then running away to escape his father’s displeasure. Davy spent two years drifting and honing his survival skills, returning in 1802 and working to pay off his father’s debt to a John Canady.

On August 14, 1806 (yes, just shy of twenty years old, and already twice jilted by other girls!), David married Mary “Polly” Finley in Jefferson County—over her mother’s disapproval. They had two sons and a daughter and moved several times, landing in Franklin County in 1813, where he enlisted in the militia of Major John Gibson. He joined the troops of General Andrew Jackson at Camp Blount, just south of Fayetteville, in October, signing on to help avenge the massacre at Fort Mims, Alabama. The Red Stick Creeks had allied with the British, and local militia had ambushed their supply caravan. The Creeks had retaliated by attacking Fort Mims, killing civilians as well as soldiers. 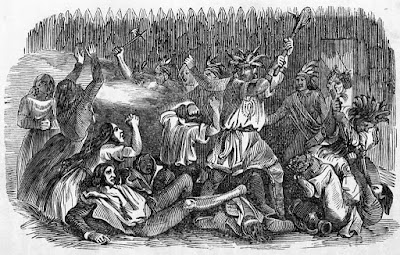 By November, Crockett found himself hunting and gathering intelligence with a scouting party out of the makeshift Fort Strother (present-day Alabama). In the attack on the Red Stick town of Tallushatchee, four dozen Creeks retreated to a log-and-mud building. According to Crockett’s report, when General Coffee’s dragoons approached, a weakened woman sitting on the ground stretched a bow with her feet and killed a lieutenant, sending the troops into a rage. Men, women, and children were killed in the resulting rampage.

His ninety-day enlistment expired, Crockett missed the Battle of Horseshoe Bend that quelled the Red Stick rebellion. He re-enlisted the following September but saw little action. Soon after, following another move, Crockett first took public office as a commissioner, then a justice of the peace and lieutenant colonel of militia. In 1821, he won a seat in the Tennessee General Assembly, well on his way to being recorded in the annals of history.

Represented by Hartline Literary Agency, Denise Weimer holds a journalism degree with a minor in history from Asbury University. She’s a managing editor for the historical imprints of Lighthouse Publishing of the Carolinas and the author of almost a dozen published novels and a number of novellas. A wife and mother of two daughters, she always pauses for coffee, chocolate, and old houses! Connect with Denise here:
Monthly Newsletter Sign-up
Website
Facebook
Twitter
BookBub