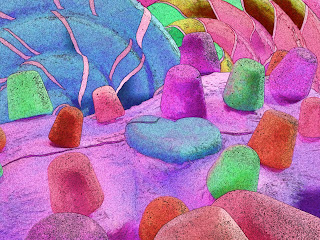 One of my favorite tropes is, “When life hands you lemons, make lemonade!”

There is no denying what has been happening to our communities, our country, and our world the past couple of months during this pandemic. Many of us have gone underground trying to flatten the curve. Some people have used their self-isolation to be creative, to get closer to their families, or to catch up on their favorite forms of entertainment.

Quarantine is not new, and, as energetic bloggers and meme creators have pointed out, one should never let a good forced confinement go to waste.

Sir Isaac Newton discovered gravity in 1665 during the epidemic caused by the bubonic plague. William Shakespeare wrote King Lear during an earlier plague in

The renowned artist Frida Kahlo had contracted polio at an early age and was no stranger to bedrest. But it

wasn’t until she was older that the bus she was riding on in her native Mexico collided with a streetcar. Frida suffered a plethora of broken bones, a dislocated shoulder, and a crushed foot. The severe injuries, including those to her spine and pelvis, sent her back to bed where she discovered a love for art that would later become an emotional outlet. Her now-famous self-portrait was created as she looked at herself in the mirror above her bed.

Another polio sufferer, American teacher Elizabeth R. Abbott, used her creative juices during the polio scare of the 1940s and 50s. While a patient in 1948, she saw a need as she watched children confined inside the hospital walls. Polio wards were often in hospitals miles away from the families who had to work and take care of the 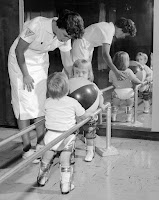 other children. That left the young patients lonely and bored. Out came the butcher paper on which Elizabeth invented a game that would not only keep the little ones busy, but give them a sense of the freedom they craved.

The game was Candy Land, simple enough that a child who couldn’t read would be able to play without an adult. As their imaginations worked their way through a magical land of candy canes and gum drops, they were able to experience the movement that their legs had abandoned. In addition, the bright colors gave them a reprieve from the dull hospital walls and antiseptic atmosphere. 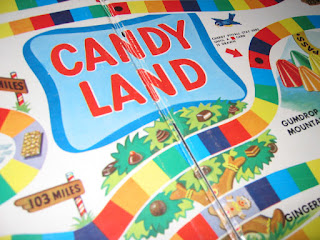 Ms. Abbott, aware of the popularity of the game in her own circles, decided to approach the Milton Bradley company, once known for school supplies but now a pioneer in board games. The original Candy Land sported the same bright primary colors envisioned by its creator and featured a boy and girl, poised to romp down the square-filled path. The boy had a brace on his leg in honor of the children who were the alpha-testers of the game. The brace was later airbrushed away as the game hit the mass market.

Candy Land quickly became Milton Bradley’s bestseller, and has gone on to 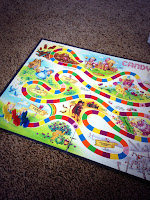 entertain children for seventy years. In 2005 it was inducted into the National Toy Hall of Fame. Elizabeth Abbott must have become crazy rich with her little idea, right?

She donated all of her royalties to children based charities.

Here’s hoping that something good comes out of this lockdown. Something that future historians will look back and marvel on. It won’t happen in my house, however. Life handed us lemons, and we’re kicking back and drinking the lemonade, slow and easy.