Hard Times in the Neighborhood...

Hard times are a part of life. We endure family difficulties, financial hardships, emotional and spiritual dry times—we all have rough periods in life. But from 1929 to 1939, a particularly hard era fell over the United States that effected almost all Americans. This was the time of the Great Depression. 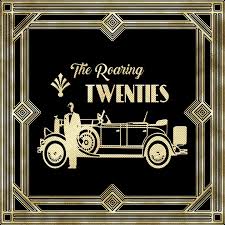 During the 1920’s, leading up to the Great Depression, the economy in the United States more than doubled. The U.S. went through a time of abundant expansion and prosperity, thus the term “the roaring twenties”. During this period, the stock market became the “gold rush” of the new century as everyone from the super-rich to the average working Joe invested in the market with the hope of multiplying their money without lifting a finger to do so. Unfortunately, it was too much too fast and the foundation of the economy—our working class, began to slow down. Eventually, an unbalanced economy led to the great stock market crash of 1929.

Following the market crash, the average American spiraled into economic hardship, and by 1932 over twenty percent of the U.S. population was unemployed. Many lost their homes and were forced to live in shantytowns, each cynically named Hooverville after the hugely unpopular president (President Herbert Hoover) blamed for the depression. Others became masters of frugality. Learning to save on electricity, food, fuel, and living expenses in general.

One way the typical, non-working housewife could help save a few dollars for her family was to create new recipes using common, less expensive items. These new dishes had fewer ingredients and were filling and nutritious. Even the 1932, newly elected President Roosevelt’s Whitehouse participated in frugal meals.

Though my parents were born long after the depression, many of the meals they prepare for us had roots in the depression era. One is a simple but favorite meal in my youth. 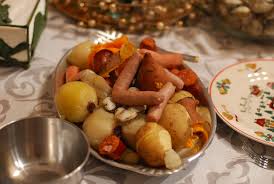 Fry potatoes and onions in oil until browned. Add hot dogs and cook until desired doneness. Serves four. (My dad would add a couple eggs to this mixture for a breakfast treat.)

Hotdogs were a cheap meat product and widely used in the 1930’s. This meal would feed a family for pennies.

We also often ate creamed peas. I’ve learned that during the depression this dish was served over toast for a lunchtime meal. 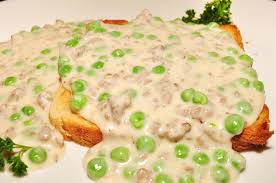 Heat one can of peas (including liquid) until hot but not boiling. Add two to four tablespoons of flour and stir until thick. Serves over toast or as a side dish. Serves four.


Plum pudding was served in the Whitehouse during FDR’s terms. Here is a recipe from my Grandma Whitham. 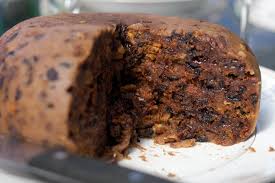 Pit and chop about a half pound of prunes. Place them in a sauce pan and cover (about an inch over) with water. Cover and bring prunes and water to a boil. Add about a half cup of sugar and a half teaspoon of cinnamon. Then gently simmer the mixture for about thirty minutes or until prunes are soft. Remove from heat. Lastly, mix three tablespoons of cornstarch with two tablespoons of cold water and add to slightly cooled prune mixture. Return to low heat for five minutes or until desired thickness is obtained. Eat warm or refrigerate to cool. Serves four.


People have a way for making due when times get tough and some of those habits die hard. In my case, the recipes shared here survived three generations and will probably go on to the fourth.

Do you have any family meals that have been handed down from generation to generation? Would you share them in the comments?


Thank you for joining me here at Heroes, Heroines and History today. Have a wonderful blessed month until we meet again.

Multi award-winning author, Michele K. Morris’s love for historical fiction began when she first read Laura Ingalls Wilder’s Little House book series. She grew up riding horses and spending her free time in the woods of mid-Michigan. Michele loves to hear from readers on Facebook, Twitter, and here through the group blog, Heroes, Heroines, and History at HHHistory.com.