The Making of a College Cow Town 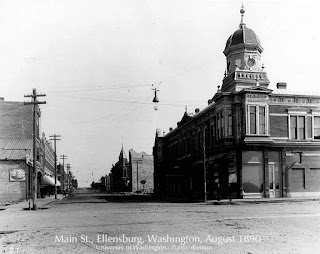 Before there was a town, the Kittitas Valley, where Ellensburg is located, was important to the the native tribes who gathered in the area to harvest camas roots and sweet onions, to graze and race their horses, settle disputes, forge family ties, feast, and play games.
In July 1848, Father Pandosy established the first non-native home in the Ellensburg area. It was a small structure to house a mission called Immaculate Conception on Manastash Creek. He hoped to bring Christianity to the natives. He served there until September of 1849.
The Kittitas Valley was the scene of many cattle drives that went through the area, either heading north into Canada or over the Cascade Mountains toward Seattle.
William Wilson came in 1867 and built a cabin on a creek which would bear his name, Wilson Creek. Wilson passed away due a disagreement over another man’s horse. 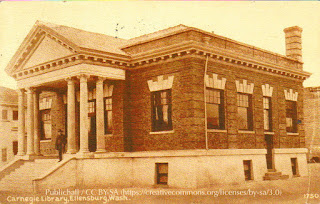 Andrew Jackson Splawn, cowboy and future state senator, and Ben Burch in 1870, who hired Martin Davern to haul Wilson’s cabin to what is now the middle of Ellensburg to be the first store in the Kittitas Valley. That seems like a difficult task. I don’t know why they didn’t simply built a new structure. The tiny business was christened “Robber’s Roost”. Hmm? Would I trust a business with “robber” in its name? 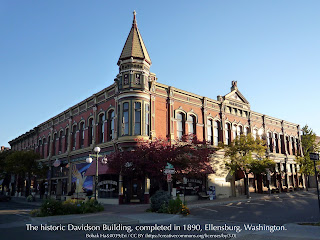 In 1871 John and Mary Ellen Shoudy left Seattle for the Kittitas Valley. Shoudy and his brother-in-law Dexter Horton, a banker, were among a group of Seattleites who wished to establish a wagon route through the Cascade Mountains. After the streets were platted in 1875, Shoudy named this budding new town Ellensburgh after his wife, Mary Ellen. You might not have noticed the final “h” on the town’s name. Apparently, the United States Post Office deemed it unnecessary and dropped it in 1894. 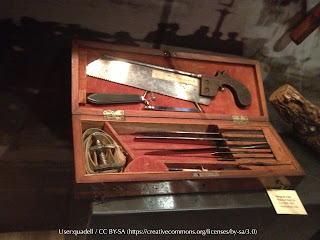 In 1878, this young town could boast its first permanent physician, Dr. Middleton Amen. The first saloon came on the scene at that time as well. Close on the heels of medicine and booze, during the winter of 1881-1882, the first session of public school was held with William O. Ames as teacher. 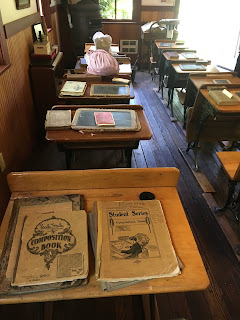 Ellensburg was becoming quite civilized and soon became the hub of traffic west, north, east, and south. It had location in its favor. The town’s growth accelerated in 1883 with the First National Bank of Ellensburg, the Ellensburg Hook and Ladder Company No 1, and being named the county seat for the newly established Kittitas County. Northern Pacific Railroad completed a depot in 1886. 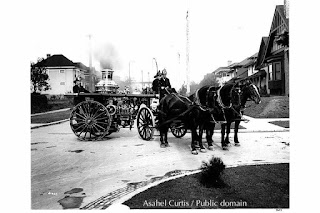 A fire engine such as this was no match for the blaze that swept through Ellensburg in 1889. Like with many town and cities destroyed by fire, it was decided to have brick buildings replace the destroyed ones. 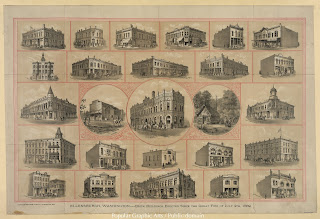 Ellensburg had been in the running to the state’s capital, but in the November 4, 1890 election, Olympia was chosen. That same year, the first telephone service arrived. 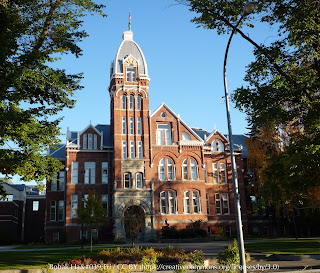 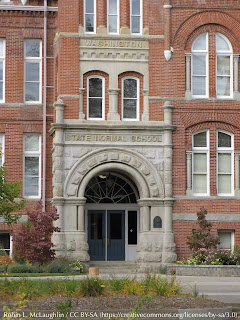 You might be wondering why I chose to give the history of this modest town in the middle of Washington State. I attended college there and love the town. So I loosely based my town, Kamola, in The QUILTING CIRCLE series on Ellensburg and named it after the dorm, Kamola, I lived in. I have not used all of these elements in my fictional town, but they might show up in future books.


Nicole Waterby heads down the mountain to fetch herself a husband, not realizing women don’t wear trousers or carry a gun. She has a lot to learn. Rancher Shane Keegan has drifted from one location to another to find a place to belong. When Nicole crosses his path, he wonders if he can have love, but he soon realizes she’s destined for someone better than a saddle tramp. Will love stand a chance while both Nicole and Shane try to be people they’re not?