What do sheep have to do with etymology? Quite a lot, apparently. The latest list of Wild West words used today includes two that pertain to the fleecy creatures. Also featured are a handyman in need of a screwdriver and a dog retrieving a ball. Hey, we aim to entertain, folks. 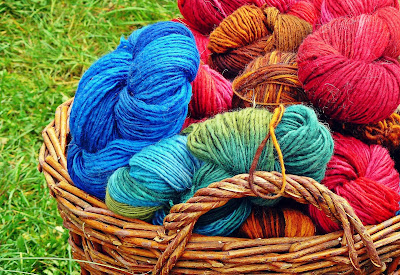 Dyed in The Wool

We speak of an attitude that is ingrained, thorough, and unyielding as ‘dyed in the wool.’ This phrase, which hails from 16th-century England, has a practical origin. Wool holds color better when dyed in its raw state than after it is spun into yarn.

‘Died in the wool’ sometimes appears as a variant. This is most likely a misspelling, although it could be a historical carryover from prior to the 19th century, when the spelling of ‘dye’ became fixed.

Historical Reference: ‘Dyed in the wool’ first appeared in 1580. Writers used it to make the point that teaching children early helps adherence of the lessons they learn. In 19th-century America, federalist Daniel Webster used the term to criticize the inflexibility of his political opponents. Today, the phrase has taken on a broader meaning and mostly shed its negativism.

Example: She was a dyed-in-the-wool football fan who never missed a game. 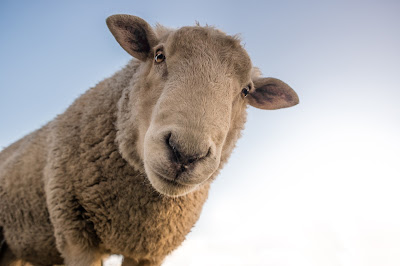 This American idiom is especially popular in the South. It defines the condition of a person or object as a range from passing through less-than-ideal. This term shares the field with its colloquial pronunciation, fair to middlin’. A similar phrase, fair to midland, may have derived from a deliberate mispronunciation in the British Midlands. Unless it refers to Midland, Texas, of course. Opinions differ. The origins of this form and indeed the phrase itself are uncertain.

What we do know is that farm products, especially sheep, were loosely categorized into several grades: good, fair, middling, ordinary, and poor. Middling quality was somewhere between fair and ordinary. Fair ranks as second to good. Since the phrase mentions 'fair' first with 'middling' following, I suspect it hints at a downward turn. That's the way I understood it, growing up.

Historical Reference: This term shows up in the July 1837 issue of the Southern Literary Messenger of Richmond, Virginia: “A Dinner on the Plains, Tuesday, September 20th. — This was given ‘at the country seat’ of J. C. Jones, Esq. to the officers of the Peacock and Enterprise. The viands were ‘from fair to middling, we wish we could say more.’”(World Wide Worlds)

Example: Grandma says she’s fair to middling since recovering from the flu. 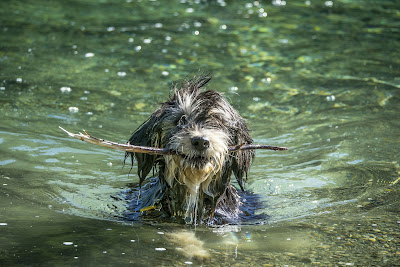 The primary meaning of fetch is 'to bring to' or 'bring back.' A handyman retrieves a screwdriver from his truck. A dog drops a stick at the feet of the owner who threw it. That sort of thing. Fetch was part of Wild West lingo, but it originated before 1,000 BC.

'Fetching,' an extended form of the verb fetch, means to “bring or draw into a desired relation or condition.” (Online Etymology Dictionary). The term most often applies to women.

Historical Reference: The origins of fetch are not entirely clear, but it is believed that the word derived from ‘fat,’ the Old German root word meaning ‘to hold.’ Fetching, as a term to describe a captivating person, first appeared in 1880.

Example: She went to fetch the mail, looking fetching in her new hat.

I hope you enjoyed this journey into the history of words. Tune in next month (same day, same blogger) for another foray into Wild West words we use today.


Learn more about Janalyn, read the first chapters of her books, subscribe to her e-letter, and join her reader clubs at http://janalynvoigt.com.


Learn More>>
Posted by Janalyn Voigt, escape into creative worlds of fiction. at 12:01 AM