Margery Williams and The Velveteen Rabbit

The Velveteen Rabbit, published nearly one hundred years ago, remains a popular children’s book, receiving many awards as well as landing on several “greatest books” lists. Written by Margery Williams Bianco as her first children’s book after publishing several adult novels, the story contains themes seen in many of Bianco’s books: that of toys coming to life and the ability of inanimate objects and animals to express human emotions.

Born one hundred and thirty nine years ago, Margery Winifred Williams was the second of two daughters of highly accomplished parents, so it is unsurprising that Margery gained success in her own right. Both girls were encouraged to use their imaginations, and her father was known to provide vivid descriptions of characters when reading to them.

When she was seven years old, her father passed away, and the family moved to America two years later. Scholars and critics would later discuss the pervasive elements of sadness and death in her books, but Williams felt these topics were important for children’s development.

A desire to make her living as an author propelled Margery to return to London and submit her adult novel The Late Returning. Published in 1902, when she was nineteen years old, the book didn’t do well.  Two more adult novels, The Price of Youth and The Bar also didn’t sell well.

During a meeting at her publishers, she met Italian bookseller Francesco Bianco whom she would marry in 1904. The couple moved to Turin, Italy were they had two children Cecco and Pamela. They lived in Italy for many years, and Francesco joined the Italian army during WWI. He came home safely, but deprivation was a major issue in Europe. Having retained her US citizenship, Margery received permission to return in 1921. 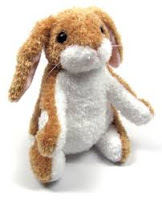 The following year, her first American work, The Velveteen Rabbit, was published. Chronicling the story of a stuffed rabbit’s desire to become real through the love of its owner, the story has been republished numerous times. In addition, quite a few adaptions have appeared over the years in radio, television, stage, and film.

Beginning in 1925, Margery would publish one to two books each year until her death in 1944, but none would receive the level of fame or recognition enjoyed by The Velveteen Rabbit.

Have you read this childhood classic?

About Murder at Madison Square Garden (A WWII Whodunit)

Theodora “Teddy” Schafer’s career has hit the skids. With any luck, a photo spread with Charles Lindbergh at will salvage her reputation. After an attempted assassination of Lindbergh leaves another man dead, Teddy is left holding the gun. Can she prove her innocence before she's locked up up for a murder she didn’t commit?

Private Investigator Ric Bogart wants nothing to do with women after his wife left him, but he can’t ignore the feeling he’s supposed to help the scrappy reporter arrested for murder. Can he believe her claims of innocence and find the real killer without letting Teddy steal his heart?

Linda Shenton Matchett writes about ordinary people who did ordinary things in days gone by. A volunteer docent and archivist for the Wright Museum of WWII, Linda is also a trustee for her local public library. She is a native of Baltimore, Maryland and was born a stone's throw from Fort McHenry. Linda has lived in historic places all her life, and is now located in central New Hampshire where her favorite activities include exploring historic sites and immersing herself in the imaginary worlds created by other authors.  Visit her at http://www.LindaShentonMatchett.com.