The Roswell Incident of 1947: What's it all about

I'm a New Mexico girl, born and raised. My daddy was born in Roswell in 1921, so the small town in the eastern part of the state is quite familiar to me. But ever since the events of a hot summer night in 1947, the town hasn't been the same.

Sometime between mid-June and early July 1947, rancher W.W. “Mac” Brazel found wreckage on his property in Lincoln County, New Mexico, approximately 75 miles north of Roswell. Stories of "flying saucers" and "flying discs" had already appeared in the national press that summer, leading Brazel to believe the wreckage could be something of that nature. He brought some of the material--rubber strips, tinfoil, and thick paper--to Sheriff George Wilcox of Roswell, who in turn brought it to the attention of Colonel William Blanchard, the commanding officer of the Roswell Army Air Field. Several officers from the air field arrived at the ranch on July 7 to gather more debris.

What happens next is a mixture of facts and legend, with a healthy dose of conspiracy theory thrown in for good measure, which continues to this day.

On July 8, the RAAF released a statement, writing that, “The many rumors regarding the flying disc became a reality yesterday when the intelligence office of the 509th Bomb Group of the Eighth Air Force, Roswell Army Air Field, was fortunate enough to gain possession of a disc through the cooperation of one of the local ranchers and the sheriff's office of Chaves County.” This statement was published in the local newspaper. 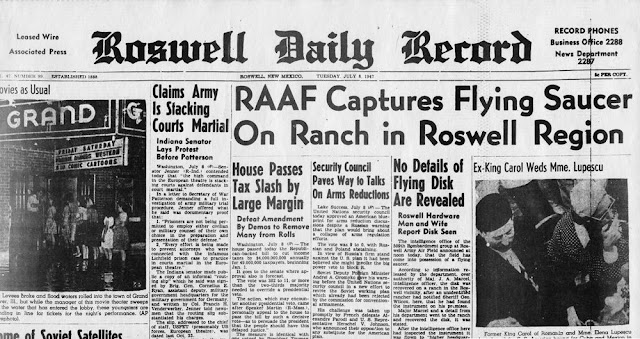 Apparently, that wasn't a good idea. The RAAF changed their story the next day. The mysterious object found on the ranch was simply a harmless, high-altitude weather balloon, they claimed. Nothing to see here, people.

With government officials declaring the mystery wasn't all that mysterious, the story quickly faded. It wasn't until the 1970s and 80s, when UFO researchers began writing books with speculations of a cover-up, did interest in the Roswell Incident begin.  All sorts of claims were made, including those of alien bodies being recovered and hidden at an Air Force base.

It wasn't until 1994, forty-seven years after the debris was found, that the truth (I assume) came out.

In July of that year, the U.S. Air Force released a report in which they conceded that the “weather balloon” story had been bogus. According to the 1994 explanation, the wreckage came from a spy device created for an until-then classified project called Project Mogul. The device—a connected string of high-altitude balloons equipped with microphones—was designed to float furtively over the USSR, detecting sound waves at a stealth distance. These balloons would ostensibly monitor the Soviet government’s attempts at testing their own atomic bomb. Because Project Mogul was a covert operation, the new report claimed, a false explanation of the crash was necessary to prevent giving away details of their spy work. 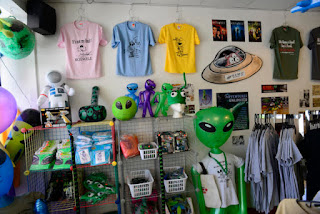 Aliens and UFOs have become big business in Roswell. You can't 'swing a cat' without hitting an alien or spaceship. People come from around the world to do their own investigating and to see the sights. Whichever story you believe--the government cover-up of an alien crash site or the government's admission to secret spying--Roswell is still an interesting little town to visit.

Your turn: have you been to Roswell? What'cha think about all this UFO stuff? 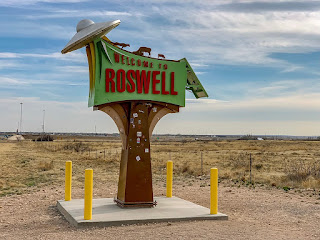 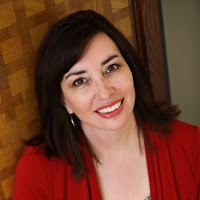 Michelle Shocklee is the author of several historical novels, including her September 2020 release, Under the Tulip Tree. Her work has been included in numerous Chicken Soup for the Soul books, magazines, and blogs. Married to her college sweetheart and the mother of two grown sons, she makes her home in Tennessee, not far from the historical sites she writes about. Visit her online at michelleshocklee.com. 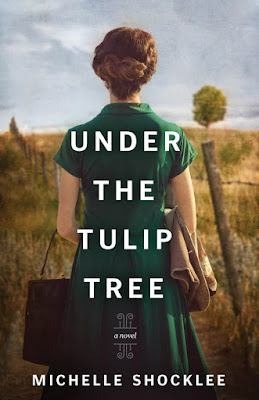