The Common Good of History

A few weeks ago, Americans celebrated our nation’s birthday. Fourth of July is one of America’s favorite holidays. July 4th is celebrated with parades, picnics, and family parties. Since Declaration of Independence formation in Philadelphia on July 4, 1776, many modern-day Americans take for granted the history that our founding fathers gave to future generations who live in the land of the free and home of the brave.

“We have people who want to destroy our history… rewrite our history…and get rid of law and order...,” Ben Carson said during a television interview with Hannity on June 22 concerning the rioters tearing down historical monuments and burning buildings.

Why is American history important to know for the next generation?

In our nation’s Capital, just off the rotunda, is a room always open to members of Congress, the focal point of which is a stained-glass window showing George Washington kneeling in prayer with the words of Psalm 16:1: 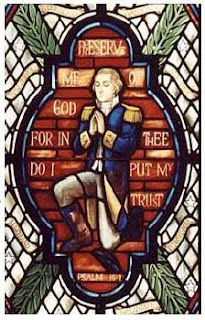 Riots and rioters are not something new to America’s shores. Back in the 1770s, the Stamp Act, the Molasses Tax, the Paper, Lead, Glass and then the Tea Tax had finally lit the match and fueled the indignant colonists into tossing one of their few luxuries off the side of a ship. 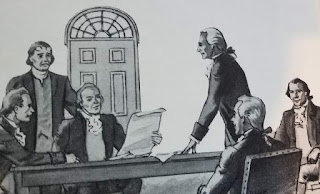 Samuel Adams said it this way, “It is not the pence (money) but the principle.”  The colonist endured taxation without representation. They resented being ruled unjustly with no hopes of ever being ruled fairly.

The British Crown ordered Boston’s port closed. That would mean starvation for the Boston citizens. King George III ordered that the Boston men were no longer free to meet or speak together as a group.

Virginia declared fasting and prayer for the Boston inhabitants. Benjamin Franklin left immediately for London, seeking to address King George III and Parliament as to the colonists’ rights. The king ignored Franklin’s pleas.

The First Continental Congress was formed in Philadelphia in September 1774. Patrick Henry, George Washington, John Adams, Samuel Adams, and others united. Free-thinking colonists hoped their Continental Congress might again attempt to address the King of England, declaring its loyalty to the Crown, however, insisting the enacted punishment could not be obeyed.

King George’s response was to send British General Gage out to arrest Samuel Adams and John Hancock and hang them for treason in London. It would be only a matter of time before the rest of the Continental Congress would face a similar demise.

There was no reasoning with the king, no hope of unleashing the chains of injustice for the colonists, and total folly for any colonists to fight against this powerful nation of that time—Britain.

In the shadowed mist of the new dawn, about fifty Minutemen awaited the British regiment at Lexington. The surprised British officer ordered the farmers and merchants to lay down their arms and go back to their homes.

Maybe there was still hope that a confrontation with the British Army could be halted. Captain Parker, leader of the Minutemen, yelled, “Don’t fire unless fired upon.” Then pausing said, “If they mean to have war—let it begin here.” 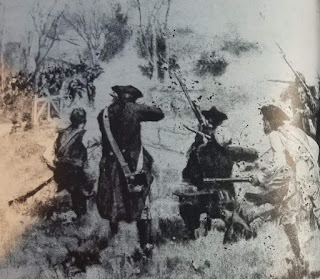 It was at Concord that the Minutemen won their first battle and turned the British back at the old North Bridge over Concord River.

In the city of Concord, this famous verse written by Ralph Waldo Emerson is engraved upon a statue of a Minuteman:

“By the rude bridge that arched the flood,
Their flag to April’s breeze unfurled,
Here once the embattled farmer stood,
And fired the shot heard round the world.”
The winter at Valley Forge nearly defeated Washington’s Continental Army. His starving and ragged band of soldiers had given all they had. Their well-dressed and well-fed opponent appeared undefeatable. What was George Washington to do? To whom could he turn to for aid?

Humbly kneeling in the snow at Valley Forge, Washington prayed for strength and guidance. With fortitude and perseverance, he led his tired Continental Army to independence and freedom from the most powerful nation of that time. 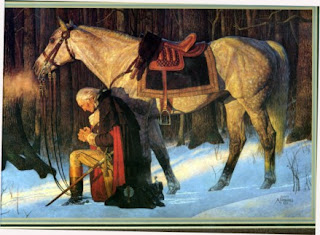 On July 4, 1776, the Continental Congress was no longer made up of colonies; they were now the United States of America!

The preamble to the Declaration of Independence reads: “We hold these truths to be self-evident, that all men are created equal, that they are endowed by their Creator with certain unalienable Rights, that among these are Life, Liberty, and the pursuit of Happiness.”

The Declaration ends with these words:
“And for the support of this Declaration, with a firm reliance on the protection of divine Providence, we mutually pledge to each other our Lives, our Fortunes, and our sacred Honor.”

Proved by our forefathers’ deeds, these were not idle words scratched hastily upon parchment. John Adams’ comment would go down in history as how to commemorate the Fourth of July, “…as the day of deliverance, by solemn acts of devotion to God Almighty.” 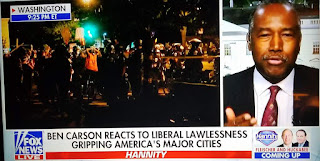 Ben Carson feels our American history is worth preserving, worth standing up “For the values and principles that made this into a wonderful country. The Judeo-Christian principals of love and caring and the family, all these things—we are just throwing them out, and we are letting these radicals dictate to us...  It is time for Americans to speak up… for our children and grandchildren…it’s our responsibility to keep it.”

The American Minutemen pledged to take up arms at a minute’s notice. Oftentimes, they came ill-equipped to fight the well-armed British soldier. The Minutemen lived on little sleep and scant rations, yet, they were ready to lay down their lives for freedom’s cause. They did it for their families and their children’s children.

What will history say of us? Will our grandchildren come to understand the truth about history? That men are not perfect, but good men out of the goodness of their Judeo-Christian hearts designed the United States of America for all men and women to pursue their dreams and ambitions.  Will our children be equipped to pass those Christian principles down to their children?

Will the common good of history become a day of deliverance for God’s hand to work amidst the chaos?

Destiny of Heart: Book 3 of the Historical Destiny Series: 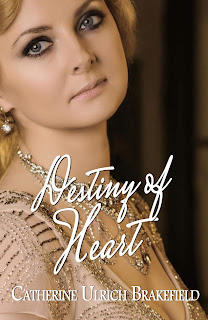 Collina battles insurmountable odds to rescue Shushan—. Ruby McConnell Meir leaves for the prairies of Colorado. The Roaring Twenties dive like a wounded eagle into the Great Depression.

“…Brakefield carefully weaves in historical events from 1917-1932, through the lives of characters and families so beautifully detailed, you become emotionally immersed in every page, every struggle, every triumph. ‘God can’t wipe away a person’s past…But He can help us rewrite the ending.’” Amazon Reader

Catherine says, “My readers inspire my writing!”
Catherine is an award-winning author of the inspirational historical romance Wilted Dandelions. Destiny series: Swept into Destiny, Destiny’s Whirlwind, Destiny of Heart, and Waltz with Destiny.

She has written Images of America; The Lapeer Area, and Images of America: Eastern Lapeer County.
Her short stories have been published in Guidepost Books, Baker Books, Revell, CrossRiver Media, and Bethany House Publishers.
She is a member of American Christian Fiction Writers (ACFW), President of the Great Lakes Chapter (ACFW GLC). Catherine lives with her husband of 45 years, has two adult children, and four grandchildren.


See https://www.CatherineUlrichBrakefield.com for more information about her books.
Posted by Catherine Ulrich Brakefield at 10:00 AM