Your Victorian ancestor may have had one shocking vice up her leg of mutton sleeve. She probably read dime novels. 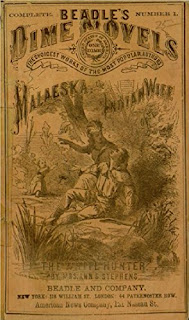 The dime novel craze began in 1860 with the publication of Ann S. Stephens’ book Malaeska, the Indian Wife of the White Hunter.  The success of the book resulted in publishers and writers jumping on the bandwagon.

Critics called the new popular books immoral and blamed them for society’s ills. Nevertheless, dime novels sold millions, and Civil War soldiers were the prime audience. Confederates and Union soldiers were on opposing sides politically, but both camps shared the same passion for pirates, mountain men, adventurers, and detectives. The melodramatic books with the lurid covers and purple prose helped them fight the boredom of camp life.

Now these same books can help Pandemic stay-at-homes combat monotony.  The National Endowment for the Humanities awarded a grant of $350,000 to Northern Illinois University to catalog and digitize its collection of more than 4,400 dime novels and story papers.  Stanford and other universities are also participating, and books are available at dimenovel.org.

With millions of books to choose from on Amazon, why would anyone want to read books written more than 150 years ago with no known literary value?

The answer is that these books are a treasure trove of cultural heritage and social history. These stories also reveal the political attitudes of the past and gender stereotypes.

The depiction of Indian women was criticized in the Toronto Times in 1892. "It is a deplorable fact. She is always named Winona, the daughter of a chief, and, inevitably, her ill-fated love for a white man drives her to suicide or death; and, in these stories, the Indian maiden always dies."
With all their faults, the books did do society a favor; they established a new social order where males were judged by deeds rather than social status. For this reason, the western hero became the symbol of the ideal man. 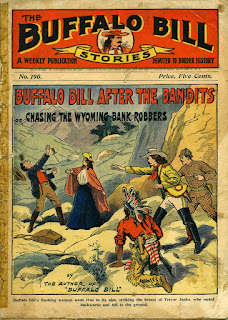 Books featuring real people like Buffalo Bill, Wild Bill Hickok, and Jesse James were especially popular. One dime novel featuring Kit Carson had an unexpected impact on him. According to the story, Carson chased down a group of Apache Indians to rescue a kidnapped white woman only to discover her dead.  In her belongings was a copy of the book Kit Carson, the Happy Warrior.

He later told the story in his autobiography: "We found a book in the camp, the first of the kind I had ever seen, in which I was represented as a great hero, slaying Indians by the hundred. I have often thought that Mrs. White must have read it and, knowing that I lived nearby, must have prayed for my appearance in order that she might be saved. I did come, but I lacked the power to persuade those that were in command over me to follow my plan for her rescue."


Even though a woman started the dime novel craze, female writers were not taken seriously and, in many cases, were resented. That didn’t stop readers from scooping up their books. By 1872, an astounding seventy-five percent of published books were written by women.

Some male writers like Nathaniel Hawthorne lamented the popularity of female fiction. In a letter to a friend, Hawthorne wrote: “America is now wholly given over to a dammed mob of scribbling women, and I should have no chance of success while the public taste is occupied with their trash–and should be ashamed of myself if I did succeed.”

Now, thanks to the National Endowment for Humanities, the works of those early "scribbling women" will now be given a second chance.


Would you be interested in reading one of these early books? 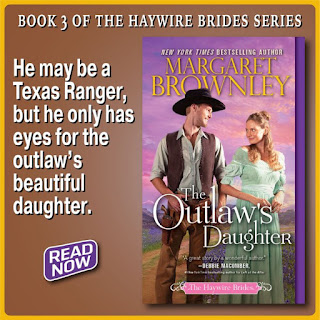