"Wanted Immediately: A Sober diligent Schoolmaster capable of teaching READING, WRITING, ARITHMETICK, and the Latin TONGUE... Any Person qualified, and well recommended, will be put into immediate Possession of the School, on applying to the Minister of Charles Parish, York County."
The Virginia Gazette, August 20, 1772

If you’ve read historical fiction or watched Little House on the Prairie, you’ve probably heard of the term “normal school.” But what exactly is that?

A normal school is an institution created to train high school graduates to be teachers by educating them in the norms of curriculum and pedagogy (most commonly understood as the approach to teaching, refers to the theory and practice of learning, and how this process influences, and is influenced by, the social, political and psychological development of learners). That’s quite a mouthful. It simply means they were taught how to teach primary school. Normal schools were intended to improve the quality of the burgeoning common school system by producing more qualified teachers.

From colonial times and into the early decades of the 19th century, most teachers were men. There were, of course, career schoolmasters, but, especially in smaller and rural schools, the people who stood in front of the classroom might well be farmers, surveyors, even innkeepers who kept school for a few months a year in their off-season. The more educated and ambitious schoolmasters were young men who made the schoolroom a stepping-stone on their way to careers in the church or the law. The connections they made with local ministers and school committees in securing teaching jobs often helped them when they moved on to their real professions.


"The grammar schoolteachers have rarely had any education beyond what they have acquired in the very schools where they have to teach. Their attainments, therefore, to say the least, are usually very moderate."
James Carter, Education Reformer, 1826

Reformers like Horace Mann had agitated to make schooling more democratic, universal and non-sectarian. But as new public schools, called Common Schools, sprang up everywhere, there simply were not enough schoolmasters to staff them. Mann and his fellow reformers like James Carter, Henry Barnard, and Catharine Beecher saw that the schools needed not only more teachers, but better teachers. Many of the most promising young men continued to be siphoned off by more prestigious professions, as well as by new industries and the lure of the western frontier. So where would the army of new teachers come from? There was, of course, another ready source of labor, if reformers could convince the public to accept it. Women were poised to take over the schoolroom. 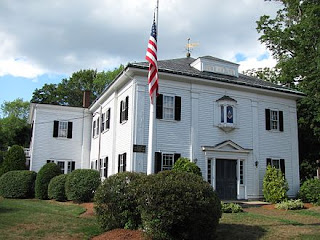 The State normal school in New Britain was founded in 1849. It was the first training school for teachers in the state of Connecticut. The school is now Central Connecticut State University.

The first normal school west of the Appalachian Mountains in the United States was the Michigan State Normal School, now Eastern Michigan University. It was created by legislative action in 1849 and opened in Ypsilanti, Michigan.

Salem Normal School, now Salem State University, was founded in 1854 as the fourth Normal School in Massachusetts. In 1853, the General Court authorized the founding of a normal school in Essex County. Prior to the founding of the normal school, Salem women had few opportunities to receive teacher training and the Salem school system was replete with funding, attendance, and teacher compensation problems. It was assumed that by training women as teachers, they could be hired at a lower salary than male teachers, thus alleviating the city's public school budget and teacher compensation challenges.

One of the first Normal Schools in the Midwest was founded In 1863, when the Kansas Legislature passed an act to establish the Kansas State Normal Schools, starting with the first in Emporai, KS, which eventually became Emporia State University Teachers College. From 1870 through 1876, Leavenworth Nornal School operated in Leavenworth, KS, and from 1874 through 1876 Concordia Normal School operated in Concordia, KS, but the "miscellaneous appropriations bill of 1876" caused Leavenworth and Concordia to close and consolidated operations at the Emporia location. Other normal schools were opened in Kansas including in 1902 the Wstern Branch of the Kansas Normal in Hays, KS, eventually becoming Fort Hays State University.

In 1865, established by The Baltimore Association for the Moral and Educational Improvement of the Colored People, School #1 opened on January 9, 1865 in the African Baptist Church in Crane's Building on the corner of Calvert and Saratoga streets. In 1867, with the aid of the Freedmen's Bureau, the Quakers of England and others. The Baltimore Association purchased and renovated the Old Friends Meeting House at the corner of Saratoga and Courtland streets to house the Baltimore Normal School for Colored Teachers. The school moved to Bowie, MD in 1911, changing its name to the Maryland Normal and Industrial School at Bowie in 1914. Today, this school exists as Bowie State University.

Many other normal schools were established all across the United States and in other countries. These schools were a critical part of settling the western states in the U.S. and educating teachers, who in turn, taught a multitude of students. Maybe one of your ancestors attended normal school. If so, please tell us about him or her. 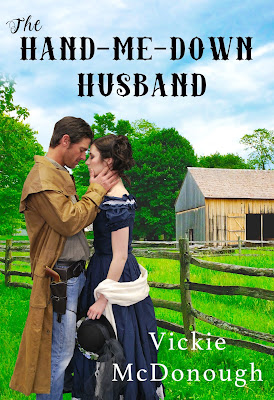 Ellen aims to take her sister’s baby back to St. Louis to raise as her own. Tessa’s father isn’t about to let that happen.

Ellen Stewart despises Lance Garrett. If not for him dashing into Isabelle’s life and stealing her heart and filling her head with his dreams, her little sister would still be alive and safe at home. When Ellen receives Lance’s letter requesting help with one-year-old Tessa, she rushes to Silver Springs, intent on taking charge of her young niece. A rugged ranch in the wilds of Texas is no place for a motherless baby. But Lance may not be so willing to let his daughter go. 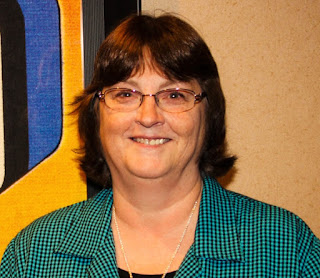 Vickie McDonough is the CBA, EPCA and Amazon best-selling author of 50 books and novellas. Vickie grew up wanting to marry a rancher, but instead, she married a computer geek who is scared of horses. She now lives out her dreams penning romance stories about ranchers, cowboys, lawmen, and others living in the Old West. Vickie’s books have won numerous awards including the Booksellers Best and the Inspirational Readers’ Choice awards. When she’s not writing, Vickie enjoys reading, doing stained-glass projects, gardening, watching movies, and traveling. To learn more about Vickie’s books or to sign up for her newsletter, visit her website: www.vickiemcdonough.com
Posted by Vickie McDonough at 12:30 AM