The Golden Age of Board Games

The Golden Age of Board Games
by Susan G Mathis

The Gilded Age was also the Golden Age…of board games! From about the 1880s-1920s, playing board games and card games became a favorite pastime. Thanks to the Industrial Revolution and the invention of mass production, games became more available and affordable. And remember, there were no televisions, smart phones, and few movies to distract.

Board games were traditionally wooden or cardboard “boards” that required certain strategies to win, elements of chance to overcome, or purely chance with no skill needed. Eventually, they’ve become more complex as technology developed. Remember the game, “Operation”?

As a form of family entertainment, hundreds of games have been created. When I was a teacher, as an alternative to a boring book report, I had students read a novel and create a board game with the characters, setting, and plot. How fun was that? 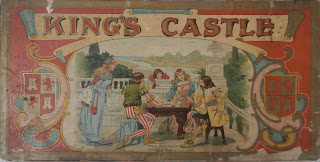 In 1902, the Parker Brothers published the game of King’s Castle. It’s a beautiful and intricately decorated game created by the Mcloughlin Brothers and is a cherished collectable today. In the early 1900s, the box and the board were often artistically elaborate and became family heirlooms that were past down from generation to generation.

The cover shows a family playing a game together. In elegant attire, they are enjoying time together on a patio with a lovely landscape in the background. Royal shields, elegant script, and knightly costumes hint to the game’s plot.

The colorful board sits on a wooden box bottom as many games of that period were often paper boards attached to a wooden box. A small box held the wooden pawns, spinner, and game pieces. Players race around the board from start to finish, and, as with most games, the first one to finish wins. 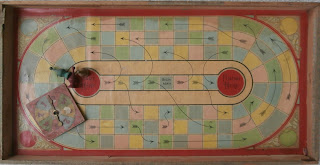 Similar to “Chutes and Ladders,” players follow arrows around the paths the players travel, moving according to the spin’s number. Instead of a chute or ladder, feathers at the end of arrows move the player closer or further from the inner circle’s finish line.

As an author, I often add such fun games, toys, or experiences to my novels. In Devyn’s Dilemma, three of the characters play this game as well as others.

Check out Devyn’s Dilemma here: https://www.amazon.com/Devyns-Dilemma-Thousand-Islands-Gilded/dp/1645262731
What more would you like to know about the board games?
Leave your answer or comments on the post below and join me on the 19th for my next post. 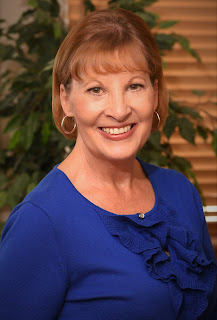