Which Gun Actually Won the West?

I recently had a reader contact me about one of my HHH blog posts from 2018, in which I mentioned the Colt Peacemaker as “the gun that won the West.” Said reader suggested that, in reality, it was the Winchester rifle that held those bragging rights. I was certain the Colt Peacemaker had been known as the gun that won the west, but to do my due diligence, I went digging just to be sure.

Here’s the fun information that I found.

Both the Colt 1873 Single-Action Army Revolver (better known as the “Peacemaker”) and the Winchester Model 1873 Repeating Rifle were made in…well, 1873. Both were also manufactured in Connecticut—the former in Hartford, and the latter in New Haven. However, neither was known as “the gun that won the West” until after the turn of the 20thcentury. And then, both were.

Confused yet? Let’s back up a bit and see how these two gun-makers, Samuel Colt, and Oliver Winchester, even began in the industry. 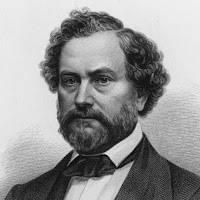 Colt was born to a textile manufacturer in Hartford, CT, on July 19, 1814. He was quite an industrious and in inquisitive child, often disassembling machines to see how they worked. It was when he was just sixteen years old that he served a stint as a seaman and became fascinated with how the ship’s wheel worked. Based on the same concept, he created a wooden prototype of a rotating cylinder to feed six shots of ammunition into a handgun before reloading. He applied for and was granted the patent on his revolving-chamber pistol in 1836. In the same year, he set up his first manufacturing shop in New Jersey. However, sales were low, and it didn’t take long for the 22-year-old businessman to turn his attention to other more lucrative things. It didn’t appear the U.S. consumer was ready for such a progressive weapon.

However, there was a segment of the population that did take notice of these unusual handguns. The militia members in both Texas and Florida, where Indian troubles were in full swing. It seemed these revolving-chamber pistols were favored by the front-line fighters in both the hotspots. So as the Mexican-American War ramped up, Army Captain Samuel Walker worked with Colt to design “The Walker” pistol—and the United States government ordered 1,000 handguns. Colt’s focus shifted back to gun manufacturing, and he incorporated the Colt Patent Fire Arms Company in Hartford, where he could eventually turn out 150 pistols per day.

While Samuel Colt himself died in 1862, the company went on to supply many handguns for the Civil War between 1861 and 1865, and then in 1873, they manufactured the Colt “Peacemaker” that was so popular in the American West. 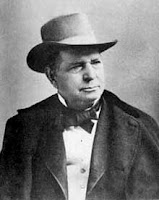 Oliver Winchester was also in manufacturing, but his path into gun-making came about much differently. He was born in 1810 in Boston, MA, and years later, he got his feet wet in industry when he patented an improved men’s neckband to “remedy the evil of a too-tight collar.” He opened shop in New Haven, CT, in 1848. Now, it’s said that he wasn’t one who liked or owned guns, so how did such a man end up being most well-known for the repeating rifle bearing his name? He invested in the failing Volcanic Repeating Firearms Company in 1855. Over time, Winchester eventually became the chief shareholder, and the company was ultimately renamed the Winchester Repeating Arms Company in 1866. His manufacturing company could turn out 200 guns a day, which at the time, was mind-boggling to those living around the Winchester Repeating Arms property. They postulated that, at most, Winchester would operate his company three or four days a year, and the remainder of the time, be closed—because who in heaven’s name would need that many rifles? Obviously, hindsight is 20/20, and we know that firearms were in high demand across America—and particularly, the West—starting at about that point and going for decades to come, but at the time, Winchester’s neighbors didn’t have such insight.

So Which Gun Actually Won The West?

Back in 1873, neither Colt nor Winchester had any idea of how well their respective products would sell over time. As stated above, the phrase “the gun that won the West” didn’t come into use until after the turn of the twentieth century. It appears that Winchester was the first to lay claim to the tagline in a full-page ad from 1919. It was a wonderful marketing campaign, though wholly unprovable in any measurable way.

As the “moving picture” industry came along, and with it, the western, the Colt Peacemaker’s popularity and glory grew afresh. Cowboys carried Peacemakers in the movies, and so the “gun that won the West” moniker attached itself to the handgun as well—broadly helped by Colt’s own marketing campaigns touting the line. But again, there was no real way to prove such a claim. 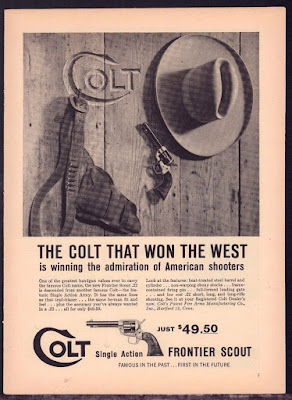 In all reality, both guns were widely popular in the Old West, and since there’s no way to measure which of the guns did more to tame or settle the wild and wooly western territories, it’s a toss-up. Or, perhaps it’s not—both guns can lay claim: the Colt Peacemaker as the handgun that won the West, and the Winchester repeater as the rifle that won the West.

It’s Your Turn: Leave me a comment about what you found most interesting in this interesting tidbit from history, making sure to include your email address, and you’ll be entered in a drawing for a signed copy of Courting Calamity.