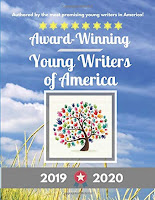 Like many other writers and authors, my journey toward publication began many years ago. I wrote my first short story in 5th grade with several accolades from both my teacher and my fellow students. It was even entered into a ‘Young Writers of America’ contest and was selected for publication. Ever since I learned to read at age 3-1/2, I’ve been telling stories. My parents often had to correct me from the extra embellishments I’d add from what really happened. I could often easily keep a captive audience, so writing seemed to be a natural progression from the verbal.

I wrote often, but it wasn’t until I was a Senior in high school that I got the ‘bug’ to write. My English teacher saw potential, and as an author herself, she encouraged me to pursue the talent further. One of our assignments that year was to write a children’s book to be read by actual 3rd graders. The book I wrote and illustrated received the highest amount of praise from the students, and it was voted the top favorite. I finished high school knowing I wanted to continue writing. However, I became more focused on finishing my education and getting my college degree, so my writing took up residence on the back burner.

In 1997, I joined an online community for a television show and wrote my first fan fiction. After receiving a lot of encouragement and feedback, I realized I might be able to do more with my writing than just write for fun. 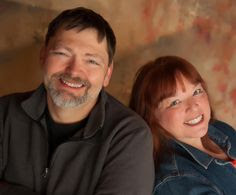 During this time, I was writing letters and then emailing Tracie Peterson, one of my favorite authors. Our correspondence led to talking about writing, and when I admitted how much I loved it, she told me about this brand new group called ACRW (American Christian Romance Writers, now ACFW, American Christian Fiction Writers) and said I should join to check it out. I was one of the first 100 members, and I still have my original “membership card” as a keepsake. When this group held their first writing conference, Tracie told me I should go. I asked her why, and she said it would give me a chance to meet her face to face. We had been writing to each other for about ten years, so I jumped at the opportunity.

Not only did I realize a dream of meeting Tracie, but I also discovered so many kindred spirits at that conference. I knew I found “my kind of people,” and I was determined to stay the course. I did everything I could to improve my skills and develop my craft. I bought writing books, studied a wide variety of fiction, conversed with other writers and authors, attended more conferences, purchased audio recordings of workshops and presentations, and soaked up as much information as I could handle.

While studying, I was also writing, and Tracie at one point asked if she could see some of my work. Talk about nerve-wracking! With great trepidation, I sent her something I had started, and a few days later, she asked me if her husband could read it. She told me he loved history and was especially found of unique settings like the one I used, so I agreed. About a week later, her husband Jim emailed me with some suggestions on how I could make the story stronger. He had some great ideas! Little did I know at the time that Tracie and Jim were acquisitions editors for Barbour Publishing, and they were looking for new authors. To this day, we still joke about how they had tricked me.

Over the course of the next year, I made the changes Jim suggested and finished the book, then sent it to him so he could read it. At the ACFW conference that year, I was one of two new authors who received a contract for a first novel from Barbour Publishing! This was almost four years after joining the organization. I finally took a rather scary step into the world of being an author. 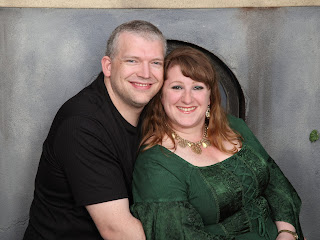 That night, after things had quieted at the conference, I was still elated and flying on cloud nine. Since the hour was late, and everyone had gone to bed, I went to the business center and logged online. The only one signed on was the man who is now my husband. Some people would call that ironic. I call it God. One of the biggest moments of my life, and the first person outside of the conference with whom I share the good news is the man I would marry just 8 months later. Amazing!

We had met two years before at the ACFW conference, and we’d been both chatting and emailing from 2000 miles away. When I told him what had happened, he congratulated me then said we should celebrate. So, he suggested he come for a visit, and we could drive to New York to catch a show. I jokingly said, “On my advance money, right?” and he agreed. What a jokester. He lived in Colorado and I lived in Delaware at the time, but we now both live in Colorado, and he also has a book published, working on a second.

To date, I have now sold 24 novels with more on the horizon, and total sales for my books have crested the 500,000 copies mark. God truly has blessed my endeavors, and I look forward to sharing more stories with my readers in the years to come. Thank you for stopping by and showing your support. An author is nowhere without readers.

* * * * *
Now, for some book blurbs of my all-time top 5 best-selling and award-winning books, along with a cover showcase, plus a fun Christmas story that's part of a 4-in-1 collection:
LIBERTY'S PROMISE

Relive the birth of a new country as three generations of women battle to know who they can entrust their hearts. Raelene is all alone, but is there peace in following the wishes of her dead father? Elanna is intelligent for her young age, but will her love for an older man turn into passing fancy when his integrity is questioned? Margret’s loyalties are torn when the colonists rebel, for how can a relationship with a British soldier built on deceptions survive? Will each woman find her place of freedom to embrace her faith and trust her heart to love?
BRANDYWINE BRIDES

Three romances by Amber Stockton take readers into beautiful historical Delaware, where a family of bookstore owners has their faith restored and love multiplied. Caroline manages a bookstore while her parents would prefer she marry. Grace seeks a missing heirloom book with the help of a questionable young man. Lillian reopens the bookstore in her brother’s memory. Will each woman’s literature inspired dreams lead her to a man of faith and devotion?
BLUE RIBBON BRIDES

Meet nine men and women whose competitive goals take them to state and county fairs between 1889 and 1930. From baking pie to polishing pigs, from sculpting butter to stitching quilts, everyone has something to prove to themselves and their communities. But in going for the blue ribbon, will nine women miss the greatest prize of all—the devoted heart of a godly man?
My story is Front Paige Love:
SECOND CHANCE BRIDES

Meet nine women from history spanning from 1776 to 1944 feel the sting of having lost out on love. Can their hope for experiencing romance again be renewed?
My story is From a Distance - Breckenridge, Colorado, 1925
Financial Manager Trevor Fox sets out to find a lady to love him and not his money, then meets and falls for an average girl only to discover she’d deceived him to protect her heart after he unknowingly rejects her.
A GRAND DESIGN

A romantic getaway on a charming island may be just what Alyssa needs—if only she can let go of her past. When Alyssa Denham, a single career woman, wins a romantic getaway for two on Mackinac Island, she gives her carefree best friend a call. Together, they tour the old shops, eateries, and hidden treasures of the quaint island while helping Alyssa’s grandmother piece together an heirloom quilt. Their quest gains them entrance into the homes of many longtime residents of the island, areas of the city that are otherwise off limits to tourists. As the quilt’s story takes shape, Alyssa gains amazing insight into her grandmother’s life… and attracts the attention of the handsome Scott Whitman, an island resident in charge of hotel transportation. Will memories of her past keep Alyssa from letting go? Or will the quest to piece together the heirloom quilt restore Alyssa’s fractured heart—and bring healing to her entire family?

Melody May Buchanan left Gatlinburg to pursue a life in the symphony. When a letter arrives asking her to return home for her granddaddy’s 80th birthday, she knows she must go. Leaving her fiancé in Denver while the symphony is on break, she pushes behind her the reasons she left and heads home. But the homecoming isn’t quite what she expected. She’s immediately faced with everything she loved while growing up there…even her best friend, Drew. Old feelings surface, and she starts to wonder if she made a mistake. When her fiancé arrives, her two worlds collide, and she discovers Drew has become quite a success in the music industry. Now, she has a choice to make. Either way, one man will get hurt. But, which option is the best?
* * * * *
GIVEAWAY!
Ask me one question or leave a comment about something you read in today's post for a chance at a FREE autographed copy of one of my books. I will do the drawing on Tuesday, October 20th. Good luck!!
* * * * *