Louisa May Alcott by Martha Rogers

Louisa May Alcott was one of my favorite authors as a young girl, and I dreamed of becoming a writer like Jo as I read about her fist in Little Women and Jo's Boys. I imagine there are many other authors who have had the same dreams. 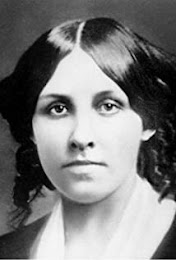 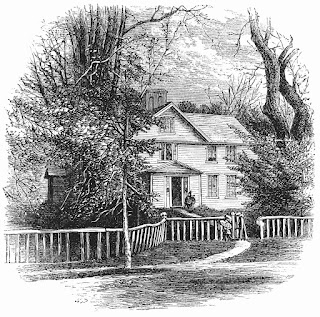 Louisa was born in Germantown, Pennsylvania on November 29. 1832. Her father, Bronson Alcott was a transcendentalist and moved the family to Massachusetts. Louisa spent most of her childhood in Boston and Concord. Here, she came into contact with authors such as Ralph Waldo Emerson, Henry David Thoreau, and Theodore Parker.

She attended school at her father's Temple School in Boston and then later at home. Because of bad investments and business failures, Louisa recognized her father's poor means of provision for the family and went to work to help with the finances. She taught a while, worked as a domestic, and then began writing. Her first writings were considered to be pot boilers under the pen name A.M. Barnard. They were lurid tales of violence.

She served as a volunteer nurse during the Civil War and ended up contracting typhoid because of the unsanitary hospital conditions. She was sent home, but she was never completely well after that. Her first publication contained her letters in Hospital Sketches in 1863 and that brought her a first taste of success. These stories gave a vivid description of the hospital and the high casualty statistics appearing in the news. One of the surgeons lauded her on how young men were treated in the hospital and made the comment on how humiliating it was for him to be among the men and not see how things were. 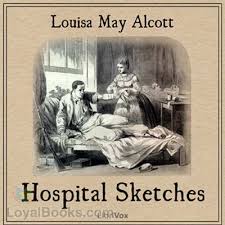 Atlantic Monthly began publishing other stories by Alcott, and she began work on her well-known autobiography in Little Women which was published in 1869 and became an immediate success. Telling the story with memories of her own

childhood, the novel traced the development of the very different personalities of four sisters and created a realistic view of life in a wholesome family setting with which her young readers readily identified. After its great success, she could finally pay off all the family debts. Above are two popular copies.

Alcott followed this book with other stories of her early experiences in An Old Fashioned Christmas, Aunt Jo's Scrap Bag, Little Men, Eight Cousins, Roses in Bloom, and Jo's Boys. These were all published between 1870 and 1886.

Alcott never traveled much except for a trip to Europe in 1870 and a few trips to New York. Most likely this was because of her poor ill following her nursing experience. Her books were classified as books for a younger audience and remained popular, but before those she had a number of lesser known works published as adult fiction under her nom de plume Barnard. The women in these novels were portrayed as strong, smart and determined--much like herself.

New interest was aroused when some of these were republished late in the 20th century. Noted among these is the novel A Modern Mephistopheles first published in 1877 under another name and then republished as a Gothic novel in 1987. Some of her Gothic novels written between 1863 and 1869 were collected and republished. These included Behind the Mask in 1975, Plots and Counterplots in 1976 and A Long Fatal Love in 1995.

Although Jo married at the end of Little Women, Alcott remained single. She had brief time with a young man while in Europe, but it never developed into a lasting relationship.

The last twenty years of her life were spent caring for her ill mother and helpless father. Her mother died from her illness in 1877. She also adopted her namesake
Louisa May Nieriker who was the daughter of her late sister, May. Louisa's health began a further decline and she died on March 6, 1888 only two days after her father's death. She is buried in Concord. 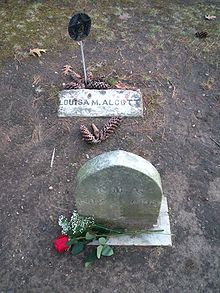 Those first books about the March family and the four March sisters remain as popular today as they were well over a century ago. They have been published in both hard and soft cover versions. Little Women has been made into at four movies with top name stars in each one. In the 1933 version, Katherine Hepburn played the part of Jo, in 1949, June Allyson was Jo, Wynona Ryder in 1994 and Saoirse Ronan in 2019. The 1949 is my all-time favorite, but I haven't seen the 2019 version. 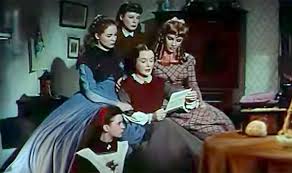 In 1940, the United States Postal Service a commemorative stamp in her honor.

One of my most prized possessions is a doll from The Ashton-Drake Galleries and designed by fellow writer Wendy Lawton. She is on display in my living room. She's holding a tiny copy of Pilgrim's Progress in her hands. 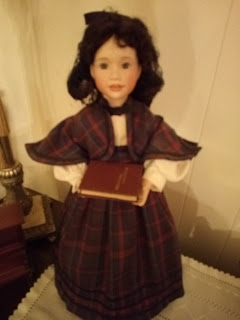 I began writing a novel in 1989 when I was teaching and worked on it whenever I could find time. It ended up at 100K and rambled a lot. Finally, last year I finalized the revisions, had it edited and saw its publication this past Spring. It really is the novel of my heart.

In Legacy of Deception, the lives of three women are entwined because of a long kept secret. A case of amnesia and mistaken identity, a plan to take away a woman’s wealth, and a determined young woman’s plan to stop it, all lead to a family showdown. When the deceptions are uncovered, lives are changed forever.

Martha Rogers is a free-lance writer and multi-published author from Realms Fiction of Charisma Media and Winged Publications. She was named Writer of the Year at the Texas Christian Writers Conference in 2009. She is a member of ACFW and writes the weekly Verse of the Week for the ACFW Loop. ACFW awarded her the Volunteer of the Year in 2014. Her first electronic series from Winged Publications, Love in the Bayou City of Texas, debuted in the spring of 2015.  Martha is a frequent speaker for writing workshops and on the Board of Directors for the Texas Christian Writers Conference. She is a retired teacher and lives in Houston with her husband, Rex. Their favorite pastime is spending time with their twelve grandchildren and six great-grandchildren.