The History of Peanut Butter & Jelly 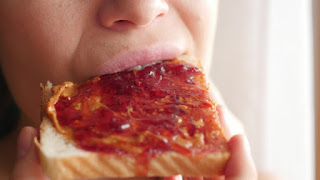 As the children start to settle back into in-person school after this crazy time in our history—that will no doubt be the subject of a Heroes, Heroines, and History blog a hundred years from now—thoughts turn to this age-old question. What do we feed them?

Peanut Butter and Jelly, of course.

Which raises the issue: What did people do before this wondrous invention? Also, when did school children begin to enjoy these sweet/savory meals?

Take Laura Ingalls, for instance. The Little House on the Prairie gal with so much energy, she looked like a whirligig toy most of the time. What was her sustenance in the middle of the day at school? Probably corn cakes or hunks of salt-rising bread and butter. Maybe hard-boiled eggs and cheese. She might have a preserved fruit from Ma’s pantry or a vegetable from Pa’s garden. In an episode of the television show, she removes the cloth covering of her tin lunch pail and pulls out fried chicken.

My stomach is growling.

Moving beyond the 1870s an innovative food item was invented that changed Laura’s farm-fresh meal forever. In 1880, Dr. Ambrose Straub found a way to make peanut paste for his geriatric patients who had trouble chewing or swallowing. This belies the rumor that George Washington Carver invented peanut butter. He had merely included it in a series of brochures that highlighted the “300 Uses of Peanuts” to help sharecroppers with their overabundance of crops. 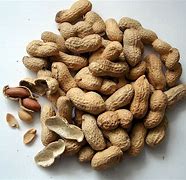 Meanwhile, Dr. John Harvey Kellogg (yes, that Kellogg) was the first to patent the process of manufacturing what he called peanut butter. He introduced it at the 1893 Chicago World’s Fair. Back to Dr. Straub, he got a patent for what was now known as peanut butter, (which to me sounds more appealing than peanut paste, which I would assume had a touch of mint and made one’s teeth clean and white...or not.) He took the final product to the St. Louis World’s Fair in 1904 and the rest is history. Literally. That’s why I’m writing about it.

Because of Straub, Carver, and Kellogg, we can thank these three men for the super food that was once a delicacy served on watercress in New York tea rooms, but now graces America’s lunch tables.

We move on to the jelly. The process of jams and jellies dates back to Greece in the first century after the death of Christ. But the one to take the credit for our contemporary obsession is Paul Welch. (Yes, that Welch.) In 1917, he secured a patent for turning Concord grapes into a puree and named it Grapelade (sounds like marmalade.)

The pairing didn’t become popular until 1941 when WWII soldiers found them in their rations. A peanut butter and jelly sandwich packs well and doesn’t spoil like lunch meats when marching through a sweltering South Pacific jungle. When they came home, they showed their loved ones how to make their favorite food and North America was hooked.

My disclaimer: I didn’t like “peany butter samiches” as I called them when I was a kid. Drove my mother near to the brink, trying to come up with food that wouldn’t spoil. But if Nutella had been invented. . . 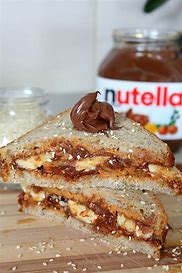 Meet seven American women who were named for various flowers but struggle to bloom where God planted them. Can love help them grow to their full potential?
"Periwinkle in the Park" by Kathleen Kovach

Periwinkle Winfield is a hiking guide helping to commission a national park. But a run-in with a mountain man who is determined to keep the government off his land may place her in great danger.