...and the Passion of Lexicographers.

In elementary school, when I couldn’t spell a word (which happened a lot having an undiagnosed learning disability) I would ask the teacher for help. The answer I would always get was, “Look it up in the dictionary.” This would frustrate me to no end. If I could spell it, then I could look it up. But since I couldn’t spell it, I couldn’t look it up to figure out how to spell it so I could look it up. I would return to my desk defeated.

Why am I telling you this? Because there was a time when teachers weren’t able to give you the impossible task of looking up something you didn’t know how to spell.

The earliest known dictionaries date back to 2300 BC. These were uniform tablets consisting of word lists from one language to another. 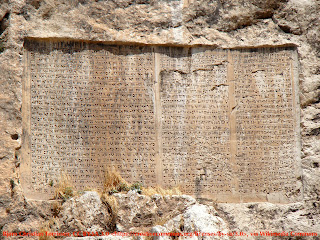 Through the centuries and across numerous countries, other dictionaries were created. Many not more than these word lists and glossaries, and all contained only a small portion of words from the culture.

One of the first to include definitions and etymologies came out of Ireland in the 9th century, consisting of 1,400 Irish words.

Though various cultures have had their own version of dictionaries, I want to focus on English ones or we'll be here all day. The first English dictionaries were glossaries of French, Spanish, and Latin words with explanations of their meanings. In 1220, John of Garland, an Englishman, invented the word “dictionary.” Richard Mulcaster, in 1582, created the Elementarie, an early non-alphabetical list of 8,000 English words. (How would you ever find the word you want if it wasn’t alphabetical? Dictionaries are cumbersome enough without throwing the words in at random. In truth, they were mostly by topic.)

In 1604, Robert Cawdrey, an English schoolteacher, created A Table Alphabeticall, the first Alphabetical dictionary. (Thank you, Cawdrey.) Though considered the standard by which other dictionaries imitated, it was unreliable and not definitive. 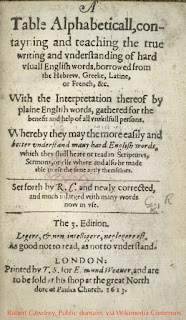 Throughout the 1600s, various dictionaries were published by people who felt what their predecessors created wasn’t good enough. Everyone tried to improve on what was out there, but no one really did. Because there was no single, definitive source, sometimes in old documents and writings, words would be spelled different ways.

The first “modern” dictionary, A Dictionary of the English Language (1755) by Samuel Johnson, was more reliable than earlier forerunners of dictionaries. For over 150 years, Johnson’s dictionary was the standard in England. 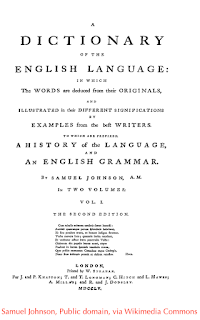 Meanwhile across the Atlantic Ocean, American Noah Webster published his first dictionary in 1806, A Compendious Dictionary of the English Language. 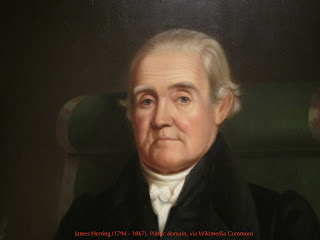 But Webster didn’t stop there. He began compiling a new version, expanded and fully comprehensive, in 1807 called An American Dictionary of the English Language. This took him twenty-seven years to complete. In order to evaluate the etymology of words, he learned twenty-six languages, including French, Spanish, Latin, Greek, German, Italian, Sanskrit, Hebrew, Arabic, and Old English (Anglo-Saxon). (That is dedication.)

Webster's dictionary contained 70,000 words, 12,000 of which had never appeared in any dictionary before. It was Webster who changed many words from the British spelling to something simpler. For instance, he removed the “u” from such words as colour and honour making them color and honor, changing the “re” and the end of some words like theatre and centre making them theater and center, and waggon to wagon. He also added American words like skunk and squash that weren’t in British dictionaries. In 1840, a two-volume second edition was published. In 1843, his dictionary was acquired by G & C Merriam Co and the Merriam-Webster Dictionary was born. 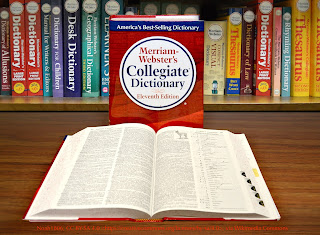 For some time, British academics wanted a definitive collection of ALL the words in use with spelling and definitions, but they didn’t have anyone willing to tackle the humongous task. A committee (formed in 1857) was seeking a person to undertake and oversee the endeavor of creating a comprehensive, single-source for words. Different people were in charge of the project, but none made significant progress until James Murray came along in the 1870s. 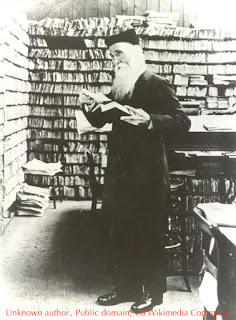 Today, most people consider the Merriam-Webster Dictionary and The Oxford English Dictionary to be the definitive sources on English words.

I can’t imagine the undertaking it was to create a credible dictionary. I’m glad I didn’t have to complete such a task.

MARY DAVIS s a bestselling, award-winning novelist of over two dozen titles in both historical and contemporary themes. Her 2018 titles include; "Holly and Ivy" in A Bouquet of Brides Collection, Courting Her Amish Heart, The Widow’s Plight, Courting Her Secret Heart , “Zola’s Cross-Country Adventure” in The MISSAdventure Brides Collection , and Courting Her Prodigal Heart . 2019 titles include The Daughter's Predicament and "Bygones" in Thimbles and Threads. She is a member of ACFW and active in critique groups.
Mary lives in the Pacific Northwest with her husband of over thirty-six years and one cats. She has three adult children and three incredibly adorable grandchildren. Find her online at: