Farming, a kind of weed, carpentry, and Shakespeare—what do they have in common? All relate in some way to Wild West expressions we use today. Curious? Read on! 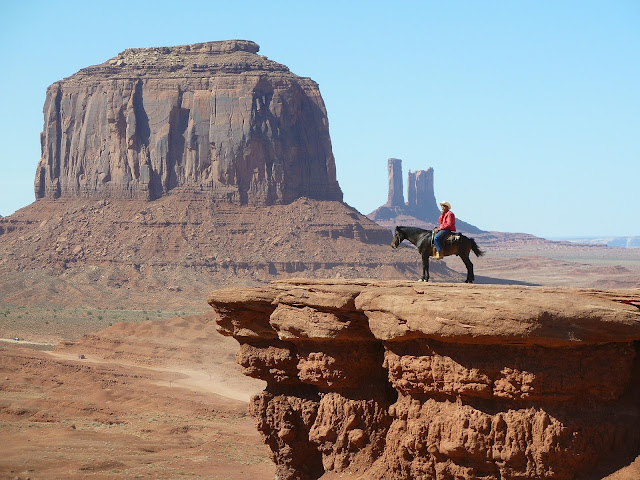 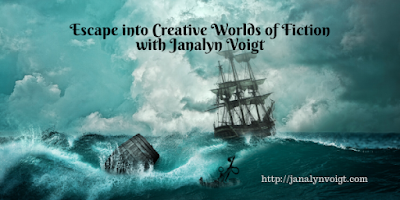 ‘Nuts,’ is a modern slang term for erratic behavior. Most speakers of American English speakers will also recognize another word with the same meaning. 'Loco' entered western lingo in 1844. Derived from the Spanish adjective, ‘loco,’ it is a word with uncertain origins.
After eating the native loco-weed plant, western livestock would stagger and act strange. However, the slang meaning was already common by the time the plant received its name.

‘Plumb’ sometimes precedes ‘loco’ for emphasis. In construction, a true vertical line is called ‘plumb’. This sense for 'plumb' cropped up in the 15th century. I’ve also heard ‘plain’ and ‘just plain’ applied with ‘loco.’

Historical References: ‘Loco’ turned up in 1887 in "Outing", an American monthly magazine: “You won’t be able to do nuthin’ with ’em, sir; they’ll go plumb loco.”

The Oxford English Dictionary cites the first use of ‘plumb’ (spelled ‘plum’) appeared in a 1588 Arthurian play written by Thomas Hughe entitled "The Misfortunes of Arthur": “The mounting minde that climes the hauty cliftes … Intoxicats the braine with guiddy drifts, Then rowles, and reeles, and falles at length plum ripe.”

Example: Anyone who tries to ride that bucking bronco is plumb loco, if you ask me.

The Long and Short of It 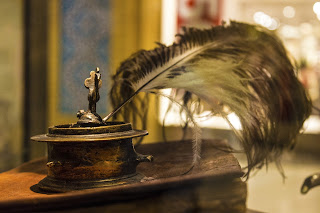 Another way of saying ‘to make a long story short,’ this phrase signals that a summary of the topic at hand will follow. The original form of this expression, ‘the short and long of it,’ made an entrance around 1500.

Historical Reference: William Shakespeare, the great bard used this idiom in The Merry Wives of Windsor (1600): “MISTRESS QUICKLY: Marry, this is the short and the long of it; you have brought her into such a canaries as 'tis wonderful. The best courtier of them all, when the court lay at Windsor, could never have brought her to such a canary.”

The first recorded use of ‘the long and the short of it’ graced the writing of William Walker in 1690, per the Oxford English Dictionary.

Example: The long and short of it is that we’ll take more money and less luggage next vacation. 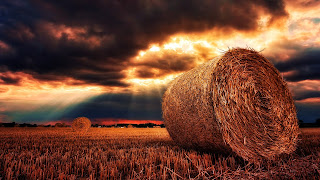 This expression comes in handy when we want to urge another person to seize an opportunity before it is lost. This idiom, like the haymaking to which it alludes, has been around a long time. Since hay should be cut in sunny weather and rain is unpredictable, it’s easy to see how the figurative meaning arose from the literal one.

Historical Reference: An early form of this expression was recorded in the 1546 work, “A dialogue conteinyng the nomber in effect of all the prouerbes in the Englishe tongue” by prominent musician and playwright John Heywood: “Whan the sunne shinth make hay. Whiche is to say. Take time whan time cometh, lest time steale away.”
Example: Make hay while the sun shines and take your driving test before you forget everything you studied in the manual.

Thanks for exploring the history of words with me. Which of these idioms is your favorite? I’m partial to ‘loco,’ although it isn’t in my personal vernacular. Comment and let me know your preference. Also, don’t miss the first Montana Gold audiobook release (details below). 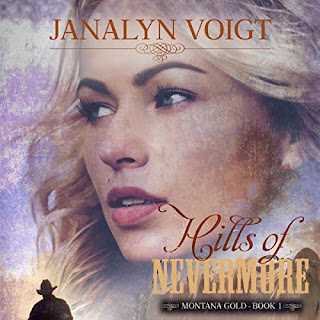 Experience the Montana Gold series in a whole new way...
Announcing the audiobook release of Hills of Nevermore (Montana Gold, book one). The rest of the series will follow.
Working with Jesse Combs, the narrator, was a lot of fun! This woman has a real knack for bringing a story to life. Even if you've read this book before, I think you'll enjoy the audiobook.

Based on actual historical events during a time of unrest in America, the Montana gold series explores faith, love, and courage in the wild west. Find out more>>
Posted by Janalyn Voigt, escape into creative worlds of fiction. at 3:01 AM