The Contentious Election of 1800 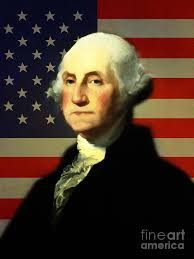 Elaine Marie Cooper As our country reels from yet another contentious election, it’s easy to forget that voting for our nation’s Commander in Chief has been a difficult and divisive process, almost from the beginning. I say almost because Washington ran uncontested. According to history.com, “presidential campaigns and elections have evolved into a series of fiercely fought, and sometimes controversial, contests, now played out in the 24-hour news cycle. The stories behind each election—some ending in landslide victories, others decided by the narrowest of margins—provide a roadmap to the events of U.S. history.” 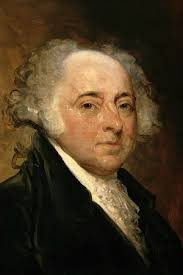 But the election of 1800 was especially contentious, causing a serious rift between President John Adams and his former ally, Thomas Jefferson. Prior to the passage of the 12th Amendment, voters were given two ballots to cast for their two top choices for president. The candidate with the greatest number of ballots became president while the runner up became vice-president. The 1796 election pitched the Federalist party (John Adams) against the Republican (Thomas Jefferson). The winner with 71 electoral votes was John Adams; Jefferson became vice-president with 68. The campaign of 1800 became highly contentious, not unlike today’s elections. “Federalists attacked Jefferson as an un-Christian deist” with sympathies for the French who were in the midst of their very blood revolution. https://www.history.com/topics/us-presidents/presidential-elections-1 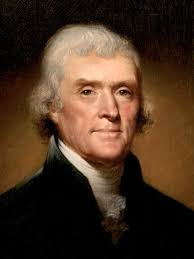 The election in 1800 became the first where the candidates actually campaigned. There was a tie between Thomas Jefferson and Aaron Burr, which forced the vote to go to the House of Representatives. The confusion with this election led to the passage of the 12th Amendment which allowed for separate votes for president and vice-president, thus simplifying the Electoral College. As Solomon said in the Book of Ecclesiastes, “there is nothing new under the sun.” Sometimes ruminating on history can bring perspective to today. I first became aware of this contentious election when researching for my novel, Legacy of Deer Run.
Here is the scene at thanksgiving dinner for my fictional family:

“So what do you think of the election next month, Father?” Mr. Dobbins scowled. “I think our country is in for another precarious attack upon our freedoms. With that extremist Jefferson in the running, no telling where our country is headed.” Stephen nodded. “The newspapers are filled with attacks on President Adams — accusing him of being a monarchist, senile, vain, and having an ‘ungovernable temper.’ ’Tis getting fractious and ugly. And that beastly Burr running with Jefferson.” Stephen shook his head and took another sip of wine. “Well, when the Electoral College meets December 3, let us pray they remember Jefferson’s zealous support of the French, despite their attacking our naval vessels. I think Jefferson was in France far too long. His arrogance smacks of sedition.” The room became very quiet. Susannah grew very pale and she rested both hands on the table, gripping the tablecloth. Eyes narrowing, her voice trembled when she spoke. “Do you think we will have another war, Father?” Excerpt from Legacy of Deer Run by Elaine Marie Cooper

Elaine Marie Cooper’s novel, Love’s Kindling is the second-place winner in Historical Romance for the 2020 Selah Award contest. Two of her books (Fields of the Fatherless and Bethany’s Calendar) each placed first in their categories. Like many of Cooper’s books, including her newest release (Scarred Vessels), it focuses on the era of the American Revolution. She has authored several historical novels, a non-fiction memoir (Bethany’s Calendar), and has been published in numerous anthologies and magazines. Although not a current resident of New England, Cooper’s heart for history was birthed there and continues to thrive.
Posted by Elaine Marie Cooper at 1:30 AM