Who Dropped the Ball? 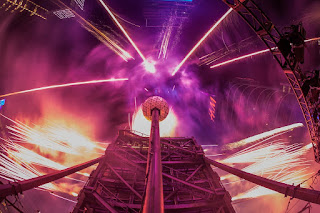 We’ve all done it (stayed up until midnight eagerly awaiting for the ball to drop in Times Square)—unless you are one of those early birds who can’t last past ten o’clock. In that case, I pray for you nightly. We’ve watched the ball drop at Times Square in New York precisely at midnight to usher in the new year. Kissed that special someone. Toasted with Welch’s Sparkling non-alcoholic white grape juice. Or is that just me? Afterward I’d finish watching the third movie of the night and go to bed happy to have survived...er...been blessed to see another year.

This year, once my brain cleared up after two flutes of Welch’s, I started thinking about this strange tradition. Why a ball? Why a drop? Why New York? 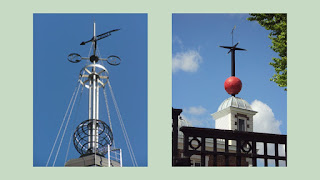 The usage of the time ball dates way back before it became the centerpiece of the world’s largest party. In the 19th Century, a large, wooden ball would drop from poles mounted at observatories and harbors at the same time every day to help ship navigators synchronize their chronometers to the correct time. Using this inspiration, the Western Union building in downtown New York also dropped a ball everyday at noon. In my day, we simply called a phone number that gave the time so we could adjust our errant kitchen clock.

In 1904, the New York Times moved into a new building—the second largest skyscraper in the city. It perched on a triangle of land in Longacre Square, soon to be renamed Times Square, and the address of the tall tower became One Times Square. This same year, the subway line opened, and the newspaper’s publisher, Adolph Ochs, felt a hefty celebration was in order to commemorate the exciting changes and growth. He commissioned Ukrainian immigrant and metal worker, Jacob Starr, to set up a tall sign boasting the numbers of the new year. At precisely midnight, the electric numbers were to be turned on and fireworks would be set off from the base of the building.

However, the firework celebration ended after only a few years due to hot embers falling on the revelers below. In 1907, Ochs again consulted Starr, who was working at a sign-making firm called Strauss Signs to come up with a better display. Remembering the use of time balls, they, along with New York Times chief electrician, Walter Palmer, devised the now infamous ball drop.

Even though electricity wasn’t a new concept at the turn of the century, many houses were still lit with candles and gas lights. That first ball had to be spectacular and something no one had ever seen before. The 700-pound iron ball was five feet in diameter, and fitted with 25-watt lightbulbs. It descended down the pole, and the moment it landed on the rooftop, the lights were turned off and the tall sign displaying 1908 turned on, making it seem as thought the ball had magically become the numbers denoting the new year.

The ball has gone through seven transformations over the years. It went from five
feet in diameter to the twelve-foot one we see today. It’s been made of wood, wrought iron, and aluminum. Light bulbs to strobe lights to LED lights made it extraordinary. In the 1981-82 event, it was transformed into an apple thanks to then Mayor Ed Koch and his “I love New York” Big Apple campaign. Hand-drawn pulleys made way for automated machinery. Unfortunately, it went dark for two years during World War II as a blackout had been ordered for the city skyline in case German submarines lurked in the harbor. As of the turn of this century, the six-ton structure has become permanent as a visual extravaganza to be seen nightly throughout the year, featuring Waterford Crystal and Phillips LED lights that can create every design possible on the orb. 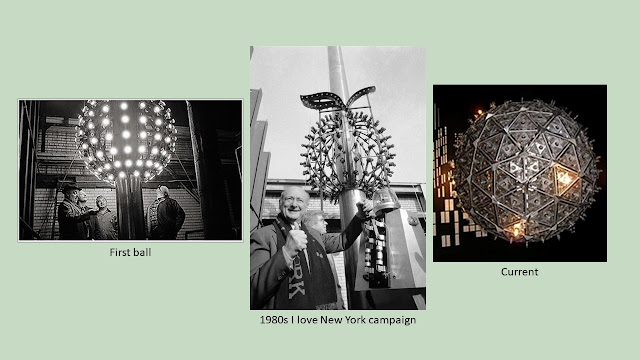 Whatever your tradition of ringing in the new year, whether toasting with sparkling Welch’s white grape juice or snoozing in a warm bed, the Times Square Ball Drop symbolizes leaving the old behind and embracing the new. A new time, a new day, a new future. 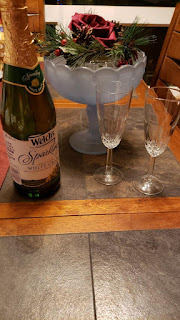 MissAdventure Brides Collection
Seven daring damsels don’t let the norms of their eras hold them back. Along the way these women attract the attention of men who admire their bravery and determination, but will they let love grow out of the adventures? Includes:
"Riders of the Painted Star" by Kathleen E. Kovach
1936 Arizona
New York City artist, Zadie Fitzpatrick, who no doubt witnessed many New Year ball drops in her time, is commissioned to go on location in Arizona to paint illustrations for an author of western novels and falls for the male model.