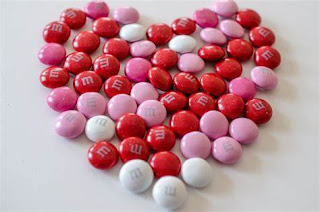 Who doesn’t love to get candy on Valentine’s Day? A box of assorted chocolates, candy hearts with Be Mine stamped on them, or a bottle of red and white M&M’s poured out into decadent champagne flutes. But there was a price paid for all of this sweet romance. 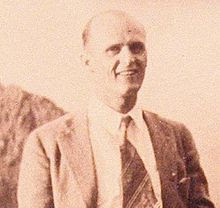 Forrest Mars, Sr. worked with his father, Frank C. Mars, founder of the American candy company Mars, Inc. In the 1920s through 1930s, Forrest was responsible for the introduction of such sweets as Milky Way, Snickers, and 3 Musketeers. Forrest wished to expand the company abroad, but his father opposed the idea. Not a stranger to disagreements with his parent, he left the company and moved to England.
While there, he manufactured the Mars Bar for the troops. During a trip to Spain, he noticed that soldiers were eating small beads of candy-coated chocolate. Knowing that sales of chocolate plummeted during the summer months due to melting, Forrest found these candies, called Smarties, intriguing. The candy coating protected the chocolate inside.

Forrest Mars returned to the United States and partnered with Bruce Murrie, son of Hershey executive William Murrie. Bruce had also had disagreements with his father on how he ran his company. They packaged their product in cardboard 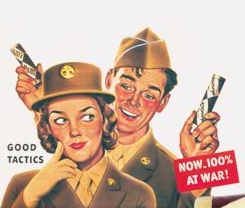 tubes exclusively for rations during World War II. Even during a chocolate and sugar shortage, the Mars and Hershey powerhouses ensured the soldiers would have a steady supply of the candy they named after themselves, M&M’s—Mars and Murrie. Later, in 1949, “melt in your mouth, not in your hands” became the ad slogan for the candy they developed.
Eventually, Mars and Murrie had a falling out, not seeing eye-to-eye on the direction of the company. They parted ways, and Mars accepted the one million dollar buy-out. This meant that Hershey chocolate would no longer be filling the candy shells.
The beloved confection we know today had a rocky start with family fallouts, a stealing of an idea, and two partners who couldn’t make a go of it for the long haul. 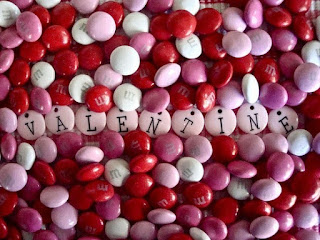 No worries, however. Forrest Mars went on providing the sweet crunchy goodness, developing the candy into what we know today. The Mars company still supports our troops, and that makes the company Aces in my book.