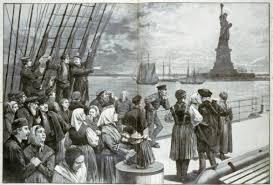 Americans who are full or have part-Irish ancestry are usually very proud of their Irish heritage. Mainly during St. Patrick's Day, where everyone wears a spark of green, eats corned beef and cabbage, and toasts—either with green beer or green milkshakes.

Yes, it is all things Irish on St. Patrick’s Day with pints of Guinness and bagpipers playing in the local pubs and streets as dancers and marching bands parade down Main Street.

There is new evidence that St. Augustine, Florida, could have hosted the first St. Patrick's Day celebration. Historian Michael Francis discovered this while researching Spanish gunpower expenditure logs and found records that indicate cannon blasts of gunfire used to honored St. Patrick in 1600. An Irish priest who lived there could have started this tradition.

The Bostonians had long claimed the first St. Patrick’s Day celebration in the American colonies back in 1737. The two dozen homesick Presbyterians who emigrated from the north of Ireland to America always gathered together to honor St. Patrick. 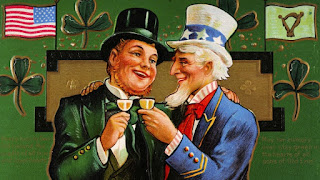 It wasn’t until the 19th Century that the Irish lost their acceptable niche into America’s society. During the mid-1800s, Irish Catholics came by the thousands to the teaming shores of America’s harbors seeking refuge from starvation when Ireland’s potato crop failed. 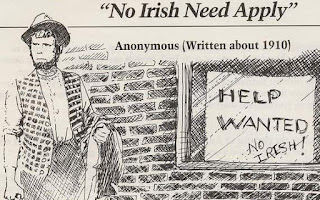 Irish poverty got so bad in America that when ships drew up into the South Street Seaport, returning from the tea trade in China, the Irish women would run down with their baskets and plead for any leftover salted beef they could confiscate from the ship’s cook. The price for these leftovers—a penny a pound.

The meal that would become the staple diet of the improvised Irish. The corned beef was an American-Irish innovation and replaced the ham they had used in Ireland and the traditional ham and cabbage diet.

Mike McCormack, the national historian for the Ancient Order of Hibernians, says, “It was the cheapest meat they could find. The Irish boil the beef three times—the last time with cabbage—to remove some of the brine.”

It wasn't until 1861 that the Irish made an indelible mark upon their new country with the onset of the Civil War. Shrugging into their coats of blue, soon, the ear-splitting notes of the cannon replaced their bagpipes. Hospital wards overflowed with a need for more beds, and the color of blood red and not emerald green was everywhere.

More than 150,000 Irishmen volunteered for service when Civil War broke out and enlisted in the Union Army. Most were recent immigrants and not yet United States citizens. 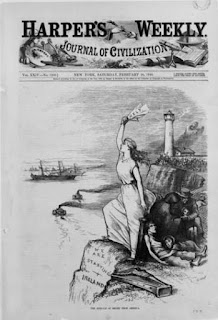 Though American life was hard for the Irish, they were fiercely loyal to their new homeland. An Irish unit was established which they called the “Irish Brigade”. An Army captain named Thomas Francis Meagher became the Brigadier General of the Irish Brigade in February 1862. There were three Union divisions, and to the south, there would be two Confederate Divisions that would form. Many times, as I wrote in Swept into Destiny, father and son sported opposing viewpoints and fought in opposing uniforms.

Because of the Irishman’s bravery and toughness, The Irish Brigade led the Union charge at the Battle of Antietam in September 1862. Almost 600 men died in battle. At the Battle of Fredericksburg, 545 of the Irish's 1,200 men were killed or wounded. One soldier wrote these words, "Irish blood and Irish bones covered that terrible field today…We are slaughtered like sheep."
The Battle of Gettysburg would test both their bravery and gallantry. It was in July 1863 where 320 of the Irish Brigade's remaining 530 soldiers died.
The soldiers who fought in the all-Irish units that made up the “Irish Brigade” were well-known for their courage, ferocity, and toughness in battle.
Their heroic Civil War exploits could not be ignored. On July 2,1888, a monument standing 19’6” was dedicated to the Irish Brigade and gently graces a hill at Gettysburg. It is a Celtic cross supported by a granite base. On the front of the cross are the numbers of the three New York regiments and a harp flanked by eagles. At the cross's base lies a statue of an Irish wolfhound, a symbol of honor and fidelity—a fitting monument to the Irish Brigade's valor and their love for their Savior. 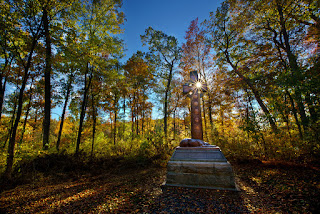 In 1861 the Irish marched down Main Street as detested immigrants. Who’s lives were worth little. They returned as heroes.

As the years progressed, so came more Irish heroes and heroines, winning over the American people with their tenacity, wit, and intelligence.

To name a few: George M. Cohen the composer of “Yankee Doodle Dandy”, “Over There”, “You’re a Grand Old Flag," and many, many more songs too numerous to list. Cohen won the Congressional Medal of Honor for his patriotic lyrics. 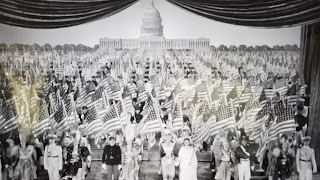 Maureen O’Hara, Dublin born and bred. Despite being nicknamed ‘Baby Elephant’ as a toddler, O’Hara said of herself that she

is a "self-confessed tomboy."  She gave the red-headed Irish woman a completely new identity with her fiery wit and humor.

Though he was born in the USA, Bruce Springsteen’s ancestry is in Emerald Isle from the Gerrity family in County Kildare and Springsteen's great-great-great-grandfather was a survivor of The Great Famine who fled Ireland for America.

Is it any wonder that St. Patrick’s Day is a “Made in America Day”? With Celtic folk dancers adorned in their festive clothes and sweet-sounding bagpipes playing the refraining tunes of Amazing Grace and Danny Boy parading down the streets of American towns? Everyone wearin’ the green, eating corned beef and cabbage, and toasting pints of Guinness beer or green milkshakes celebrating St. Patrick’s Day. 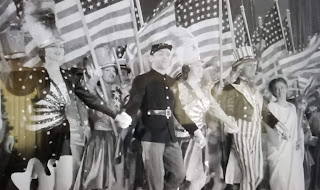 In Ireland, there were no parades, no celebrations for their Patron Saint of Ireland. Green beer, or green milkshakes, and wearin' of the green. Ireland's traditional color for their patron saint was blue and NOT green prior to the 1798 Irish Rebellion.

The Connaught Telegraph reported on March 17, 1952, “St. Patrick’s Day was very much like any other day, only duller.”

Irish laws prohibited pubs from being open on holy days. March 17 was a holy day honoring their patron saint who brought to the island the knowledge of Jesus Christ and gave them freedom from sin and damnation through accepting Jesus, through the analogy of the three-leaf clover, Father, Son, and Holy Spirit.

The only legal place in Ireland to get a drink was the Royal Dublin Dog Show. On March 17, you would be amazed at how many gentlemen found a sudden attraction to that canine interest.

With the arrival of television, Ireland became privy to the fun the Irish-Americans had across the sparkling sea. In 1996 Dublin launched St. Patrick's Day Festival, which attracts one million people each year. 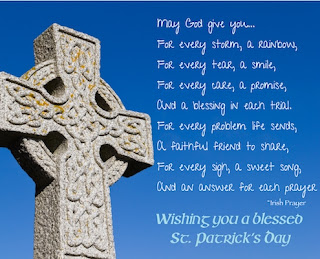 Swept into Destiny  One brave decision leads to serious consequences.

A new republic looms on the horizon as Maggie secretly educates the slaves at Spirit Wind Manor. With the fires of civil war glowing on the horizon, Maggie is swept into its embers. 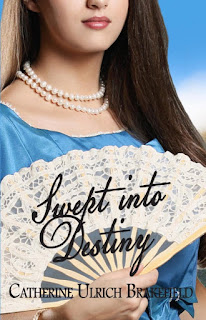 The handsome Irish immigrant Ben McConnell joins the Union Army, and Maggie is forced to call him her enemy…

As the battle between North and South rages, Maggie wonders if Ben is right. Had the Irishman perceived the truth of what God had predestined for America? 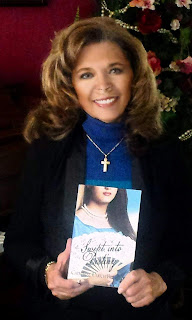 Catherine lives with her husband of 45 years, has two adult children and four grandchildren. See https://www.CatherineUlrichBrakefield.com for more information about her books.