History of Spindletop and the Oil Boom 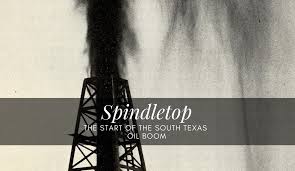 Texas is known for its oil and gas industry. Major oil companies like Shell, Standard Oil and Atlantic Refining Company have had headquarters in Texas. The Houston and East Gulf Coast area is full of refineries and storage facilities for oil. Much of Texas' economy relies on oil.

The very first oil well in Texas gushed forth on the coast near the town of Beaumont one hundred and twenty years ago on January 10, 1901. Little did anyone realize the impact that one gusher would have on the state of Texas and the oil industry. 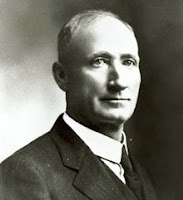 Patillo Higgins needed gas for his brickyard. About four miles south of Beaumont rose a mound of ground called Spindletop because of its shape due to the pine trees growing there. The mound  was famous for its gas seeps. Higgins figured it might be worth exploring. He joined up with four other men in 1892. George O'Brian, George W. Carroll, J. F. Lanier and Higgins formed the Gladys City Oil to do exploratory drilling. They tried drilling, but ran into trouble when they hit a quicksand like formation. Discouraged, Higgins left the group in 1896. 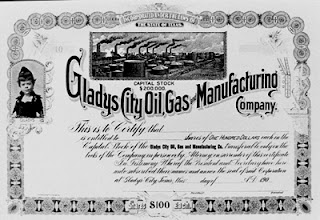 Higgins then teamed with Anthony F. Lucas, a leading expert in the U.S. on salt-dome formations and the minerals to be found in them. Lucas made a lease agreement with the Gladys City Company in 1899 and another agreement with Higgins. After a number of efforts, he ran out of money and looked for additional funding. That funding came from John H. Galey, James M. Guffey and Andrew Mellon and the Guffey Petroleum Company came into being. The deal wasn't that good because it left Lucas with only an eighth share and Higgins nothing.

However, they decided to go ahead and Lucas and Galey employed the Hamill brothers for the drilling. Galey picked the well site on a tract of land near the top of Sour Spring Mound. They began drilling in 1900, but met obstacle after obstacle. Quicksand stopped their early efforts. They tried different methods to wash out or flush out the sands from the bottom of the hole with water. 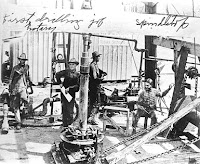 They kept drilling despite the obstacles using various methods to keep the pipes clear and flushed. They kept crew going around the clock to keep from having what they called a well blow-out which would have ruined their efforts on Spindletop.
On Christmas Eve of 1900, they reached 880 feet, and all went home to enjoy the holiday. They returned on New Year's Day and began to drill again. This time they hit another gas pocket. At 960 feet they reached a Sulphur layer followed by layers of limestone. Still they didn't give up, and on January 10, 1901, as they replaced the dull fishtail drill bit, they heard low rumble that sent mud and the drill stem out of the hole.
After a few moments of silence, an explosion erupted with more mud and gas then more silence. Then they heard a loud roar and from a depth of 1,139 feet, oil
blew 150 feet into the air. They called it the Lucas Gusher or Lucas Geyser. 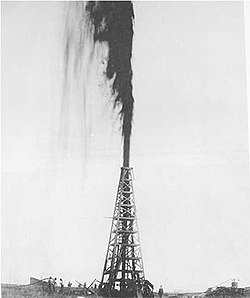 At a rate of 100,000 barrels a day, the Texas oil industry came into being.
A new age was born in Texas and the nation. Never had such a gusher been seen in the world. Within nine months, six successful wells produced on Gladys City Oil Company lands. Land value in the area rose to incredible heights. One man sold his property for $20,000 when the asking price for the same piece had been only $150 the year before. That buyer turned around and sold it to another investor for $50,000. Beaumont's population rose from 10,000 to 50,000. Legal battles and multi-million dollar deals were common, and $235 million had been invested that year. However, as some made fortunes, others lost everything. The oil business was a very risky business.
After 1902, production at Spindletop declined, and production dropped to about 10,000 barrels a day. A twenty-year contract had been made with Shell Oil to sell them 25,000 barrels a day for $0.25 per barrel, but the price climbed above $0.35. the operation became stressed and Mellon, who lent the money for Spindle Top's development, took charge and won a lawsuit to renege on the contract. That led to the formation of Gulf Oil Company.
A second boom occurred in 1925 and once again production increased with 21 million barrels being produced in 1927. It continued as a productive oil field until 1936. Stripper wells continue to produce today. For twenty-five years, from the 1950's to 1975, it even served as a sulfur mine.
In 1976, Lamar University, located in Beaumont, decided to preserve the history 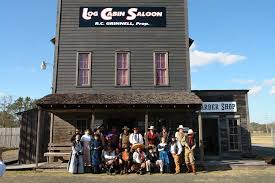 of Spindle and dedicated the Spindletop-Gladys City Boomtown Museum to preserve the history of the area. The museum also features the Lucas Gusher Monument which was moved from the Spindletop location when the ground there became unstable. A flagpole flying the Texas flag replaced the monument at the actual site about a mile and a half from the museum. A replica of the oil derrick and rooms with many Gladys City building artifacts from that boomtown period are featured. One fun thing at the museum is the daily "blowing" of the gusher. Everyday around noon, the derrick spews forth water like a geyser and except for the color, replicates the actual gusher. 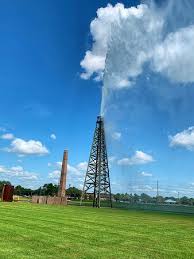 A flagpole flying the Texas flag replaced the monument at the actual site about a mile and a half from the museum. This is the sign at the entrance to the park.

The park gives access to viewing the flagpole and site, but the site itself is in the middle of what is now swampland on private land and not accessible. Information about getting to the park is available at the museum.
The oil boom continued to flourish and bring riches to the state despite economic downturns and recessions in the oil business. Competition came from foreign countries, but Texas continued to drill both on shore and off shore.
NEW RELEASE:  A NEW SONG