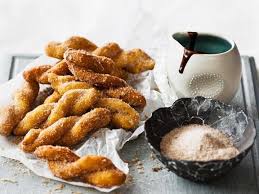 Doughnuts have been around a long long time, making our mouths water and leaving a sweet residue on the fingers that absolutely must be licked off. But where did they come from? The earliest origins to the modern doughnuts are generally traced back to the olykoek ("oil(y) cake") Dutch settlers brought with them to early New York. These doughnuts closely resembled the ones we now know, except that they didn’t yet have a ring shape or a hole in the middle. 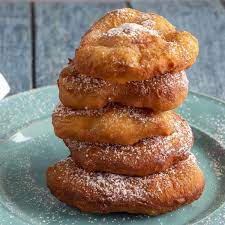 One of the earliest mentions of "doughnut" was in Washington Irving's 1809 book, A History of New York, from the Beginning of the World to the End of the Dutch Dynasty. “Sometimes the table was graced with immense apple-pies, or saucers full of preserved peaches and pears; but it was always sure to boast of an enormous dish of balls of sweetened dough, fried in hog’s fat, and called dough-nuts, or oly koeks: a delicious kind of cake, at present scarce known in this city, excepting in genuine Dutch families.”

Anthropologists say the first cookbook mentioning doughnuts was an 1803 English volume which included doughnuts in an appendix of American recipes. By the mid-19th century, the doughnut looked and tasted like today's doughnut, and was considered an American food

So where did the ring shape come from? Hanson Gregory, an American, claimed to have invented the ring-shaped doughnut in 1847 aboard a lime-trading ship when he was 16 years old. As the story goes, Gregory was unhappy with the greasiness of doughnuts and with the raw center, which was difficult to get cooked through with all the dough around it. Supposedly he punched a hole in the center of dough with the ship's tin pepper box eliminating the doughy middle and making them easier to carry (on your fingers!) He later taught the technique to his mother. Smithsonian Magazine tells us that his mother, Elizabeth Gregory, "made a wicked deep-fried dough that cleverly used her son's spice cargo of nutmeg and cinnamon, along with lemon rind," and "put hazelnuts or walnuts in the center, where the dough might not cook through."


By now you have probably realized that I’m a huge fan of Laura Ingalls Wilder books and many of my blog topics originate from them. As a child I remember thinking how wonderful it must have been for young Almanzo to have doughnuts as a rather common treat. In Laura's book, Farmer Boy, 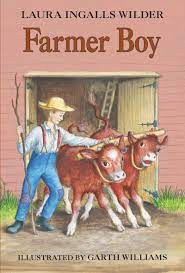 it's obvious Almanzo loves his mother's doughnuts. He even fills his pockets with them before heading outside to work. The book says Mother Wilder liked her doughnuts to turn over by themselves so she twisted them. Mother kept a fresh supply in the doughnut jar for snacking.

To quote Farmer Boy “Almanzo took the biggest doughnut from the pan and bit off its crisp end. Mother was rolling out the golden dough, slashing it into long strips, rolling and doubling and twisting the strips. Her fingers flew; you could hardly see them. The strips seemed to twist themselves under her hands, and to leap into the big copper kettle of swirling hot fat. Plump! they went to the bottom, sending up bubbles. Then quickly they came popping up to float and slowly swell, till they rolled themselves over, their pale golden backs going into the fat and their brown bellies rising out of it. They rolled over, Mother said, because they were twisted. Some women made a new-fangled shape, round, with a hole in the middle. But round doughnuts wouldn’t turn themselves over. Mother didn’t have time to waste turning doughnuts; it was quicker to twist them." 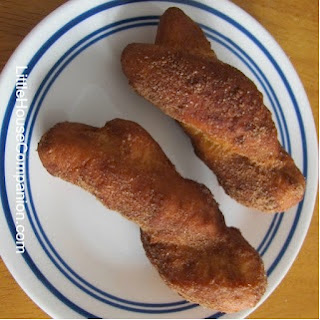 Doesn’t that make you want to taste them? Mrs. Wilder was my inspiration when I made homemade doughnuts for the first time. Store-bought doesn’t even compare, IMHO. You can search the internet to find recipes for self-turning doughnuts or old fashioned doughnuts. Most call for buttermilk or sour cream which the Wilder’s would have had in plentiful supply. I even found one that uses mashed potatoes in the interest of making them stay fresh longer (not sure if that’s true or not!)

Thank you for once again indulging my LIW obsession. Tell me in the comments if you’ve ever made fried doughnuts and how you liked them. Who knows? Maybe you’re ready to go try it after reading this. Let me know how it goes. 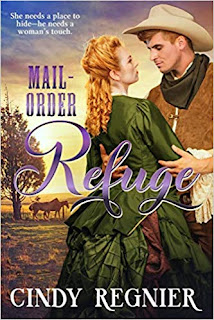